Promotion board recently changed its name to highlight benefits of fresh trees. 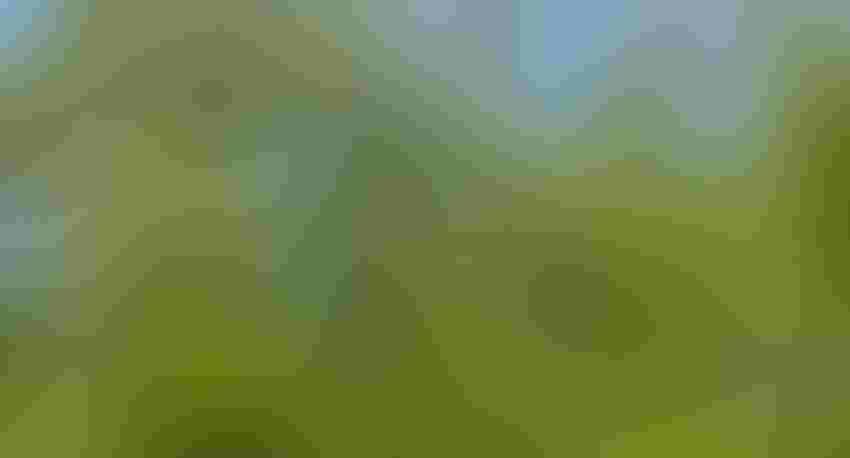 A survey commissioned by the Real Christmas Tree Board found that 81% of consumers agreed that farmed trees “smell like Christmas,” and joy is the emotion most associated with the scent.Tim Hearden

As the holidays approach, an organization that promotes the fresh Christmas tree industry is getting real.

To distinguish itself from two other groups that tout the iconic festive symbol, the Christmas Tree Promotion Board recently rebranded itself as the Real Christmas Tree Board, and it’s now working to associate farmed trees with feelings of holiday joy.

On Nov. 1, the RCTB started a big online push with social media and advertising aimed at consumers ages 25-49 – young families and new homeowners who want to start their own family traditions, said Marsha Gray, the board’s Howell, Mich.-based executive director.

“What’s very exciting for us is we see a young market that is so enthusiastic about having a real Christmas tree,” Gray told Farm Progress. “They love the idea of going out and making selections and bringing their kids … People just want an experience that’s a little more real, a little more natural, a day outside.

“We’re seeing some excitement and resurgence in young families” interested in fresh trees, she said.

In a survey of 26 journalists by communications firm FleishmanHillard:

“It became really apparent that members of the media struggled to understand who’s who,” Gray said. “We realized that our name didn’t help that confusion at all … We thought, let’s turn this into an opportunity. We’re the Real Christmas Tree Board. This is what we stand for.”

Fresh Christmas trees are farmed in every U.S. state, with North Carolina and Oregon the largest producers, according to USDA data. In addition to sales of potted or cut trees in lots, most states also have choose-and-cut farms where consumers can pick their own tree to cut, NBC News has noted.

While a debate has raged between the two industries over that time, the rising popularity of artificial trees can be attributed to a variety of factors, including convenience, reusability and even fire safety, media outlets have reported.

Their popularity didn’t wane as the COVID-19 pandemic kept people closer to home, ACTA noted. About 94 million U.S. homes displayed a tree last Christmas, and nearly 6.5 million of them showed both a live and artificial tree in 2021, the organization reported.

“It’s important to see just how our holiday traditions take on new forms when faced with big challenges like the pandemic, supply chain congestion, and extreme weather events as we’ve seen over the recent years,” ACTA Executive Director Jami Warner said in an August report. “Looking at the survey data through this lens proves what we’ve always known to be true: Christmas trees are, and will continue to be, an integral part of Christmas celebrations for households across the country.”

One incentive for reusing a synthetic tree this year may be cost. As drought and heat has affected farms across the country and as input costs have increased, a majority of growers in an RCTB survey this summer said they expect to raise their wholesale prices by 5% to 15% this season.

But the industry has never run out of fresh Christmas trees and doesn’t expect to this year, Gray said.

“We do have a tight supply,” she said. “Certain locations or certain retailers might run out … It’s sort of a location-by-location availability situation. I want to go to Store A but they’re out of trees, so I have to go to Store B.”

The availability of new artificial trees may be more limited this year, too, as reports show that approximately half of small retailers are cutting back on orders for the 2022 holiday quarter because of inflation, supply chain disruptions, recession fears and other factors, ACTA concedes.

“Luckily for some larger retailers, the 2021 holiday orders that were stuck in shipping ports have since reached their stores, and artificial Christmas trees and décor are ready to hit the shelves as soon as possible,” Warner said. She added that stores will likely set up Christmas displays earlier than ever before.

Despite the appeal of artificial trees’ reusability, however, environmental groups like the Nature Conservancy are starting to conclude that farmed trees are better for the planet.

Real trees don’t require the carbon emissions it takes to produce and ship artificial trees, and tree farms support forest ecosystems because only a small percentage of trees is harvested each year, the Nature Conservancy asserts.

“From my perspective, it depends on how far you drive to get a tree” and whether you combine the journey with other stops, said Chal Landgren, an Oregon State University tree specialist.

The farmed tree industry in Oregon also emphasizes that the trees are grown locally; 20% of fresh American trees come from the Beaver State, Landgren told reporters during a recent tour of OSU’s research farm in Aurora, Ore.

“Most of the plastic comes from China,” he said.

The Real Christmas Tree Board’s “joy” campaign was spurred by a nationwide survey of consumers, many of whom identified the emotion when asked how they feel when they smell a real Christmas tree. Among the respondents:

“We have an exciting campaign planned,” Gray said. “We have a new campaign with a new agency, and our entire focus is on joy. We know that resonates with consumers.

“A real Christmas tree brings joy to people who see it and smell it,” she said. “There’s also the whole journey of selecting a tree, picking it out and bringing it home. The experience is very unique to our product versus an artificial competitor.”