It’s too soon to evaluate the potential impact of cold temperatures the morning of May 9. 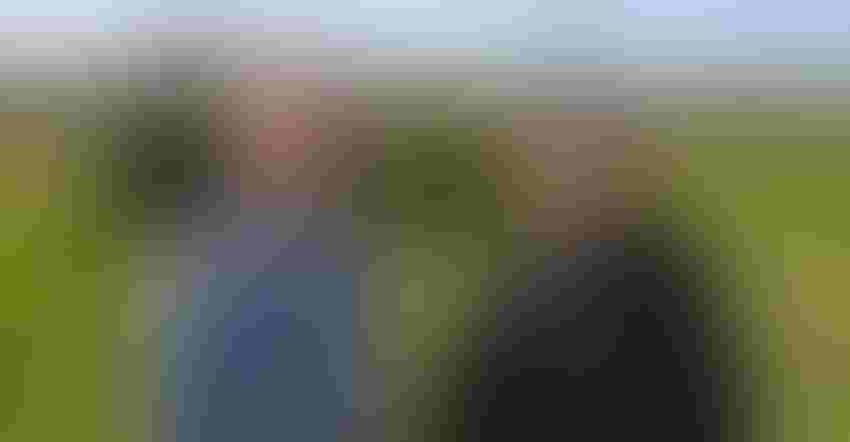 Corn and soybean planters dominated the landscape north of Indianapolis over the weekend. A few showers popped up Sunday, but where it didn’t rain, planters were active again the following day — for instance, near Berne in Adams County.

In extreme southwest Indiana, heavy rains midweek last week halted planting progress, although it’s estimated about three-fourths or more of the corn and over half the soybeans were already planted. Corn planters were running again near Washington the morning of May 11, as farmers tried to finish corn planting before the next wave of rain moved in.

Meanwhile, in central Indiana, south of Indianapolis, some crops were planted in late April and early May. Then rains moved in. Most farmers in those areas intended to be back in the fields either continuing planting or starting planting May 11. Overall, while waiting to see what USDA National Agricultural Statistics Service numbers show for planting progress, it appears well over half of Indiana’s corn crop statewide and a sizable portion of the soybean crop are in the ground, with more going in before possible warmer weather and thunderstorms come in at the end of this week.

That’s a far cry more progress than in 2019, where most equipment was parked for nearly the entire month of May due to wet soils and continuing rains. The 2019 season wound up being one of the slowest for planting progress for both major crops on record.

The big question this week for the 2020 crop already in the ground is how much damage the record-low temperatures early Saturday morning, May 9, might have caused. A low of 27 degrees F was reported at Indianapolis officially, with unofficial reports in the high 20s in central and south-central Indiana. One amateur weather buff noted temperatures of 26 degrees for about three hours before sunrise on May 9 in northern Tippecanoe County.

Bob Nielsen, Purdue University Extension corn specialist, advises waiting three to five days after an event to determine whether frosted corn will regrow. If the growing point below ground was not killed by the low temperatures, it should recover, he says.

Experts have noted in the past that soybeans can withstand colder temperatures than corn before injury occurs. However, if the entire plant above ground is destroyed, it will not regrow. The best advice is to give soybean fields three to five days as well before you assess damage.