Tahoma 31 is more cold-tolerant, drought-resistant than its predecessors. 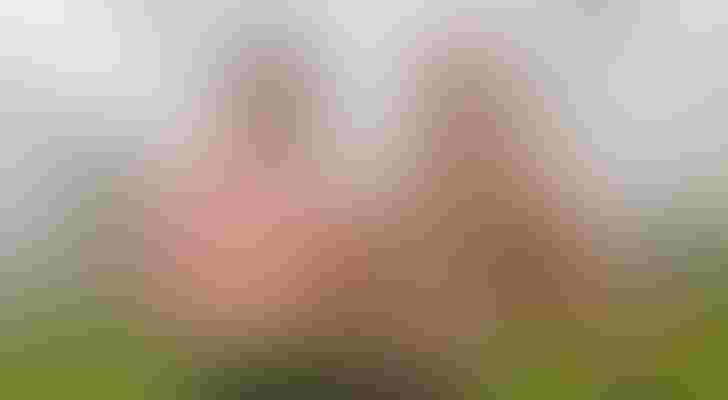 Its name is derived from a Native American word that means “frozen water,” which is an apt description for the newest bermudagrass variety developed by Oklahoma State University’s Division of Agricultural Sciences and Natural Resources.

The variety OKC 1131, called by its trademarked name Tahoma 31, took more than a decade to develop and confirm its traits before being released and then licensed to Sod Production Services in Charles City, Va. The grass is more cold-tolerant and drought-resistant than its predecessors and adaptable to a wider range of environments.

“It is a particularly good fit for athletic venues, continuing a trend as a number of our past releases have proven to be extremely popular with the National Football League, Major League Baseball, the Beijing Olympics and college sports fields,” said Yanqi Wu, OSU plant genetics professor and holder of the university’s Meibergen Family Professorship in Plant Breeding.

Tahoma 31 is an attractive dark green with a fine texture and a high turf density. The grass has a lower water demand during colder weather, a benefit to northern areas and late-year sports, and tends to green-up quicker in the spring.

“Improved cold tolerance is one of the major aspects our bermudagrass varieties are known for nationally,” Wu said. “Bermudagrass is a southern grass, traditionally susceptible to winter kill, but our varieties are allowing for its expansion into and use in more northerly climes.”

Bermudagrass is a popular turf choice not only as a sports grass but on lawns as well, thanks to its sod-forming growth habit, long-lived perennial nature, ability to rebound from heavy traffic and resistance to many environmental stresses such as heat and drought. It is also exceptionally tolerant to frequent low mowing.

“We didn’t get into bermudagrass development with the intention of specifically turning out high-end turf for major sports, the resulting products have just been what a number of professional and amateur organizations have needed, and people pay attention to that,” said Dennis Martin, OSU Cooperative Extension turfgrass specialist and a member of DASNR’s bermudagrass development team. “Start talking about golf courses and the list expands almost exponentially.”

Martin and Wu said the golf connection is fitting, as it was a series of grants from the United States Golf Association beginning in 1986 and continuing through the 1990s and 2000s that really helped usher in the modern era of OSU bermudagrass development.

OSU professors Charles Taliaferro and Mike Kenna of DASNR’s department of agronomy were the principal investigators associated with the 1986 USGA grant, building upon national research and the work of Wayne Huffine, an OSU professor and researcher of forages and pastures from the 1950s into the 1980s. Huffine and his cohorts developed Oklawn centipede and played a major role in the development of Sunturf bermudagrass. OSU released Guymon in 1982, the first seed-propagated variety better adapted to more northern latitudes than bermudagrass produced in Arizona and California.

“Our successes today would not have happened without the work of Charles, Mike and Doug Breede, my predecessor at OSU,” Martin said, “not to mention the patience of DASNR administration through the years because none of this happened overnight.”

The 1990s were a time of trial and tribulation, with no final product to show for the efforts of the OSU Bermudagrass Development Team.

“It takes about 10 years to work through necessary steps such as germplasm selection, hybridization and evaluation at the local, regional and national levels,” Wu said. “By the early 2000s we were releasing Yukon, Rivera and Patriot, and then in about 2010 we released Latitude 36 and NorthBridge.”

Part of what makes OSU’s bermudagrass development efforts unique is the size and multidisciplinary make-up of the research team.

“While people expect us to draw upon the expertise of researchers in the plant and soil sciences, our ultimate goal of giving industry and consumers a high-quality product has led us to draw upon DASNR resources in agricultural economics, horticulture, landscape architecture, entomology, plant pathology and more,” Wu said.

Martin added that while the sports connection is eye-opening, it is at the local level OSU-developed turfgrasses may be having the greatest benefit, as lawns in parks and other venues directly affect a significant number of people and the communities in which they live.

“We’ve also been adding to both basic and applied research that will lead to further advances and improved varieties,” he said. “In that way, OSU’s Bermudagrass Development Team is promoting continual advancement in products that increasingly better meet the demands of individuals and industry.”

Source: is Oklahoma State University, which is solely responsible for the information provided and is wholly owned by the source. Informa Business Media and all its subsidiaries are not responsible for any of the content contained in this information asset.