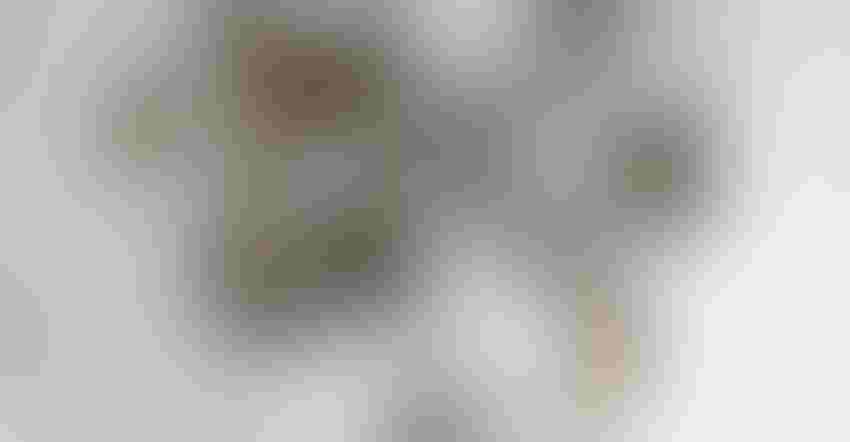 If you’ve ever wondered how entomologists collect so much information on moth flights of various insects, depending upon the season, here’s some insight into that question. Dozens of cooperators — farmers, agribusiness people and others — agree to put out pheromone traps at key times. They report their findings each week to Purdue University entomologists, who compile the data and let others know what’s happening in the field.

One such farmer called recently to say it’s been a banner year at his farm in central Indiana for black cutworm moths. He caught more in one week than he normally catches in a whole season, he reported. With rains continuing and untouched fields greening up, he was already making plans to scout more intensively this spring.

The farmer related that green fields attract moths that lay eggs, which hatch into larvae. Whether it’s a problem for him or not depends upon timing, such as when he can plant versus when larvae hatch. But knowing moths are out there indicates to him that it’s a year worth paying attention to insects such as black cutworms, which don’t cause a threat every season.

In his area, he typically finds more moths in his trap when winds come out of the south or southeast during the week, he notes. He figures moths that overwinter out of state ride up from the Southern U.S. on warm breezes.

“It’s the larvae which cause damage when they hatch and feed on young corn plants,” Obermeyer explains. “But if you know there are intensive moth flights, it’s a good sign to be looking for larval hatch later on.”

Moth trapping reports are noted weekly in the Purdue Pest and Crop Newsletter, published weekly during the growing season. Entomologists also issue alerts to people who sign up for them when counts and conditions justify it, Obermeyer says.

Black cutworm larvae tend to be active in early May in most years. When and where armyworms are a threat, they can pose issues until mid-June. Armyworm outbreaks tend to be localized, even within a field, but damage can be significant.

Entomologists trap later in the season for western bean cutworm moths, Obermeyer adds. They typically arrive beginning around the third week of June, and are usually more of an issue in northern Indiana.

“We also trap for corn earworm moths with special traps located at the ag centers,” he says. “That pest is more of a threat for specialty growers, such as sweet corn and seed corn producers.”