Farmers: Wait until soil is ready for anhydrous. 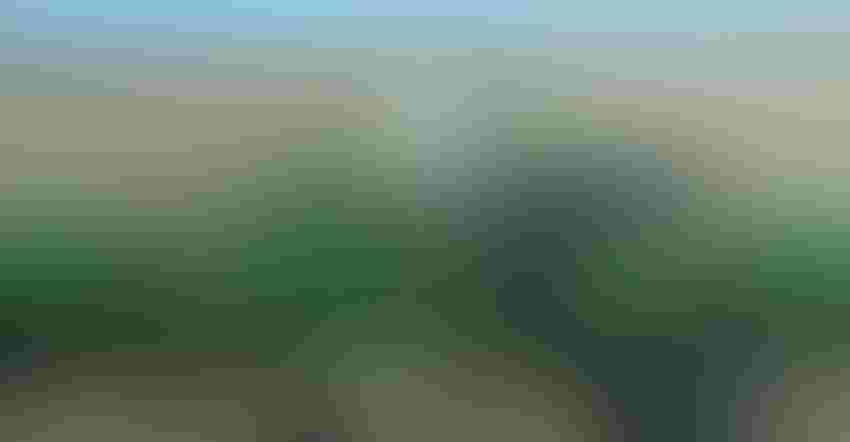 N CREDIT FROM ALFALFA: University of Nebraska research shows that most Nebraska growers can reduce their normal nitrogen rate in corn following alfalfa by applying the proper N credit.Laura Thompson

A warm, dry fall helped many farmers make quick work of fields, leaving them more time to apply fertilizer, seed cover crops and think through their needs for the 2023 season.

Wait until the soil is ready for nitrogen

Farmers in top corn producing states like Iowa and Illinois favor fall application of anhydrous ammonia rather than risking a wet spring and any price hikes or supply disruptions. AgriGold Agronomist Sue Brakhane, who also farms in southwest Iowa, warns farmers not to jump the gun with applications. She points out, “We have a fairly open window and two months to apply anhydrous ammonia before the cutoff for a lot of prepay.”

Failure to wait until the soil is ready for anhydrous can result in nitrate conversion and runoff. Readiness includes both soil temperatures and soil moisture levels. “We were very dry until late October, when western Iowa got just enough rain to help seal the soil,” Brakhane says. If dry soils aren’t properly sealing, a farmer will be able to smell the gas. In that case, he or she should adjust the applicator for better coverage or wait for better conditions.

Anhydrous shouldn’t be applied until soil temperatures are under 50 degrees Fahrenheit and trending downward. “Nitrate conversion happens when you’re above 50 degrees and you get moisture, moving product away from where it’s needed when the crop starts to root out and grow in the spring,” Brakhane explains.

In late October, temperatures at 4 inches of depth in the dry soils moved nearly 10 degrees in one day in western Iowa. “If our temperatures can swing that many degrees down that quickly, they can move up that quick, too,” Brakhane says. She encourages farmers to use a stabilizer to hold down the conversion rate and keep nitrogen in place. “After a week of T-shirts in the field as the calendar flipped to November, we anticipate some rainfall and a cooldown in temperatures.”

While there has been an increased look at cover crops, Brakhane says drought conditions made some farmers hesitant to seed them. “When we finally got the rains in late October, I think there were more acres booked,” she says, adding that cover crops can be planted throughout the fall.

“It’s been impressive to watch the cover crops grow given the sheer amount of residue that’s in some fields, especially with a fairly dry soil base,” Brakhane notes. In the rolling hills where she lives, Brakhane says there’s a lot of residue to keep soil in place. “That’s great for organic matter and protecting soil from erosion, but it can create a challenge for seed establishment in the spring.”

She says addressing that might include vertical tillage to knock down stalks and spread residue. “Farmers need to make sure they’re spreading it out the back of their combines and not windrowing it so they don’t have a thick pocket to open up next spring.”

Start planning for next season now

“Farmers need to watch and understand what’s going on in their fields as they think through fungicide, equipment and seed needs,” Brakhane says. She encourages farmers to reflect upon their seed selections in years past – not just in 2022.

“Don’t just take the highs out of a plot setup,” Brakhane advises. “You need some stable products. You need some high yielders, and you need some hybrids that’ll just hold your base. And you need to understand the acres you’re going to put it on and how to manage them.” That genetic diversity is critical to withstanding the challenges of any growing season.