High moisture levels are also hindering the start of harvest this month. 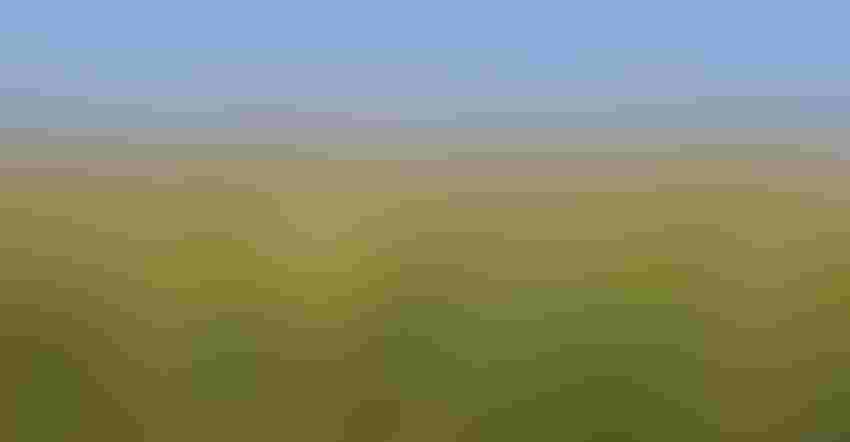 HARVEST DELAY: Due to late spring planting, farmers are just getting started on harvesting across much of Iowa the first part of October.Jennifer Carrico

Full speed ahead is what could be used to describe Iowa farmers at harvest. The late spring planting has many farmers anxious to get rolling but has also kept many from starting due to high moisture levels.

“Iowa farmers are moving full speed ahead with corn and soybean harvest across the state,” says Secretary of Agriculture Mike Naig. “Though portions of northern Iowa received their first widespread freeze last week, drier and warmer conditions are expected to persist for the foreseeable future, and farmers should remain vigilant about combine- and field-fire risks.”

Nearly all the corn crop in Iowa has reached the dent stage or beyond, with 82% of Iowa’s corn crop mature. While farmers think they are behind schedule on harvest, the combining is nearly at the same stage as 2021.

The state’s corn crop is 11% complete as of Oct. 3, with moisture content of the field corn being harvested at 22%. The weekly USDA report showed 61% of the corn at good to excellent.

Nearly 96% of soybeans are coloring or more and 80% are dropping leaves, which is also near the same as last year’s harvest. The particular area of the state and the moisture level made a difference in how much of the crop is harvested. Northwest Iowa has 45% soybeans harvested, and those in south-central Iowa have just started, with 4% complete. Soybean conditions are also at 61% good to excellent.

“Continue to scout fields for diseases. Tar spot will overwinter in infested corn residue, much like gray leaf spot or northern corn leaf blight,” Anderson says. “As we build up inoculum in fields over time, we can expect that tar spot will become more regularly occurring.”

When scouting fields, she says to take note of which field you see a problem in and what hybrid, in order to discuss with your seed dealer. “If tar spot was a problem this year in a field, I would add it to the list of considerations for that field in the future,” she adds.

Anderson also warns of stalk rot in cornfields with nitrogen deficiency symptoms; those fields will be harvested later than normal. A push test can be used to check for stalk rot by pushing 20 plants in five different areas of a field to approximately 30 degrees from vertical. If more than 10% of plants pinch over or fail to snap back to vertical, the field should be prioritized for harvest.

Weather is expected to be dry for several days, and farmers should be able to start getting more of the harvest complete.