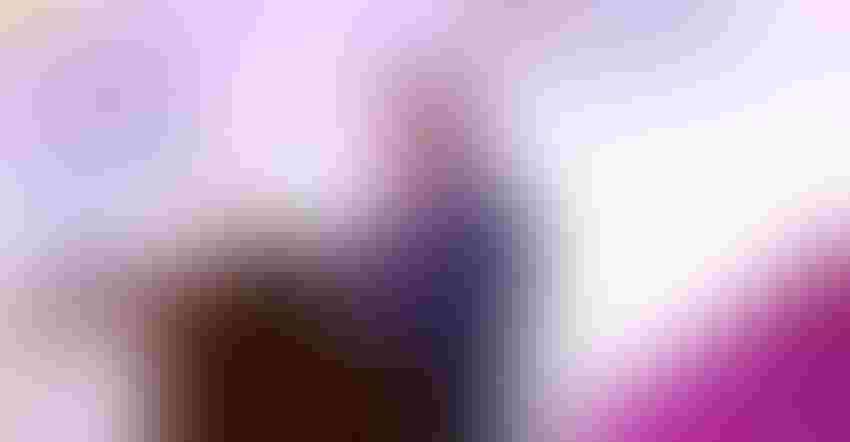 The votes have been tallied, and Joe Newland, of Neodesha, Kan., will be the new president of the Kansas Farm Bureau.

Newland was installed at the organization’s 104th annual meeting Dec. 4-5, in Manhattan, Kan. He follows retiring president Rich Felts, who was honored with a banquet Dec. 4.

Kansas Farmer sat down with Newland to hear his thoughts on the future of KFB and his goals for his term as president.

What can Kansas Farm Bureau members expect from your presidency of the KFB? My leadership style has been, no matter what, this is a team and I’ll continue to make sure we operate as a team. I expect everybody to show up, and do our jobs, and devote as much time as it takes to get the job done. With my background serving in the Kansas House of Representative for the last three years, I expect I’ll be a little more involved in that aspect. While there I worked hard on water issues, and there is still a lot that needs to happen, from out west with the Ogallala Aquifer, to the eastern part of the state with our reservoirs and other natural resource issues. Water conservation is always a big concern for our producers. It’s important that we help promote innovations in conservation, and whether that’s by building on LEMAs (local enhanced management areas) or supporting funding mechanisms from the state that would help with conservation practices, agriculture has to be at the forefront and take the lead in conserving our water for the future of our state.

What are some issues your members are particularly concerned about for the coming year? The most conversation we had at annual meeting was around medical marijuana. It was an issue we worked heavily on in the Legislature in the past year. KFB members voted on policy regarding medical marijuana, specifically to have policy on the books, so that we could engage with the Legislature on the topic. We learned from the experience of the Oklahoma Farm Bureau, who weren’t able to engage in the process in their state because they didn’t have policy. Taxes and our state budget are also a big concern of members. Specifically, how we use the funds we have in this state.

Next year will begin farm bill debates in earnest. What are some policy points KFB will be promoting in its lobbying? For agriculture, for sure it’s protecting crop insurance. We aren’t sure, as many have said, if we will get a new farm bill this yar or an extension of the current one.

Labor is a hot topic, and KFB just launched its Rural Kansas Apprenticeship Program. What other efforts is KFB working on to expand the labor force in our state? I think a lot of things determine how we address the labor shortage. For starters, we have to have housing for the people moving in from other states or who are coming back home. The rural housing bill we passed in the Kansas House is a big deal. This apprenticeship program we have started is huge, and so many can take advantage of it.

What do you bring to this position? Why did you want to serve in this way? First of all, I’m a lifelong producer, a first-generation full-time farmer. I know the struggles it takes to build a farming operation. Our family farm is a family operation; I farm with my two oldest sons and a grandson. And we built the farm as a team, and that’s how I lead. I’ve been a Farm Bureau member all my adult life, going there first for insurance, but then finding out that Farm Bureau is way more than just insurance. My diverse background of serving on the local school board and the local bank board and the Farm Service Agency board — it’s been about helping neighbors. And serving in the Kansas House really helped me understand that side of advocacy. It gave me more insight. And I never thought I’d have the opportunity to be the Kansas Farm Bureau president, but it’s an honor and blessing to sit in that chair and lead our organization.

Prior to his service in the Kansas House, Newland was a KFB board member, representing the organization’s 3rd District, which includes Allen, Bourbon, Cherokee, Crawford, Labette, Linn, Montgomery, Neosho, Wilson and Woodson counties. He was previously on the Wilson County Farm Bureau board of directors, and served on state committees. Newland and his wife, Dana, grow wheat, corn, soybeans and hay, and manage a cow-calf herd near Neodesha. They have four children: Justin, Wade, Tyler and Jackie.