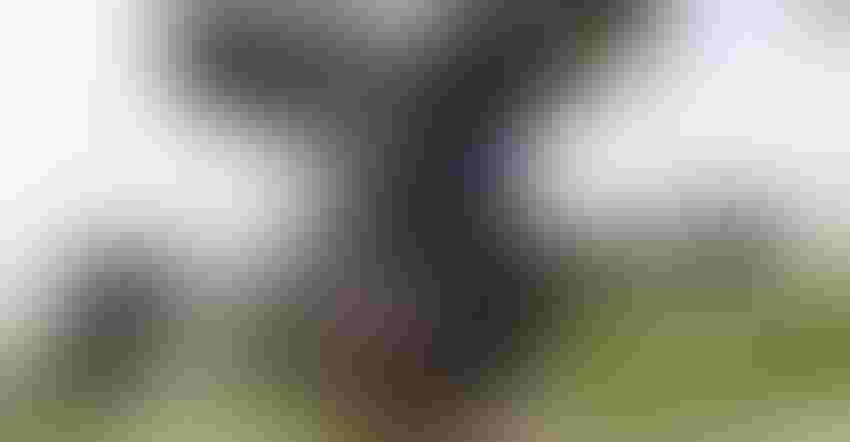 DETECTING ESTRUS: Cornell associate professor Julio Giordano says people do a good job of detecting cows in heat. “The question is, do you have enough people to run a heat detection program? This is becoming a struggle for a lot of dairies,” he notes. Jason Hosking/Getty Images

More and more dairy operations are using activity monitoring systems, or automated estrus detection, on their farms, but according to Julio Giordano, AEDs are not for every dairy.

Giordano, an associate professor of dairy cattle biology and management at Cornell University, spoke during a recent Professional Dairy Producers Dairy Signal webinar about the advantages and disadvantages of AEDs vs. other reproductive systems such as timed AI and visually observing cows for estrus or heat.

“We need two critical pieces to have a successful estrus detection program,” Giordano explained. “We need cows to show heat and we need cows to ovulate, so we have a chance of breeding them and they have a chance of getting pregnant.” A native of Argentina, Giordano received his doctorate in dairy science at the University of Wisconsin-Madison.

Giordano said there are several AED systems on the market. Some have tags that are worn on a cow’s leg while others are mounted on straps worn around the cow’s neck. The success of these systems alerting producers that cows are in heat varies from 59% to 100%.

“This is a lot of variation, but keep in mind most of these systems are on the upper end of performance and do an excellent job of detecting when cows are in heat,” he said. “But not all cows express estrus and ovulate when expected, and some heats may not be detected by AEDs.”

When comparing AEDs to a person who does visual observation at least twice a day for 30 to 35 minutes, AEDs and visual observation both “detect the vast majority of cows that show estrus,” Giordano said, adding that AED systems are effective, but they are not perfect.

What do you need to succeed with traditional estrus detection methods?

“You need people,” Giordano said. “We know people can do a good job. The question is, do you have enough people to run a heat detection program? This is becoming a struggle for a lot of dairies.”

Giordano said programs that combine timed AI and visual heat detection with an AED system will result in high conception rates. But studies show fertility programs that let cows come into a natural first heat and breed when she appears to be in heat have favorable results, too.

“Waiting to use timed AI on cows that did not get bred during the first heat can be as effective as using 100% timed AI and AEDs at 150 days in milk,” he said.