As Illinois deer and raccoon populations have skyrocketed, so has their impact on crops across the state. 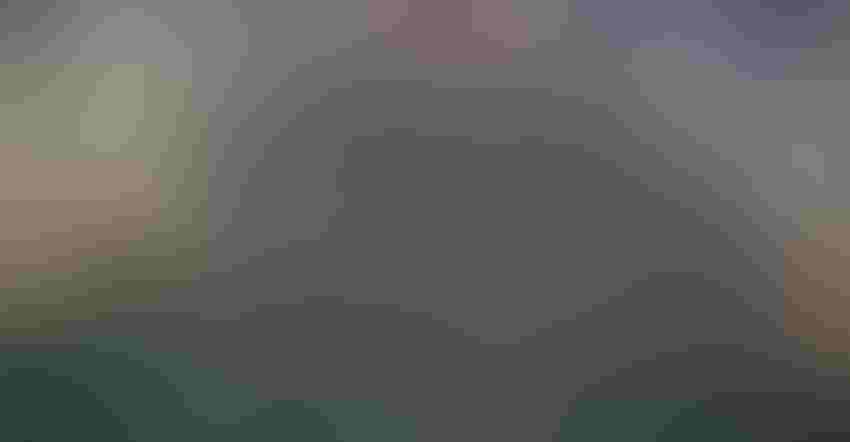 UNWELCOME VISITORS: This is the view from a combine cab in central Illinois in a field that experienced significant raccoon pressure late in the growing season. The scene is frustrating, but the number on the yield monitor can be devastating.Betty Haynes

Wildlife damage is one of the more frustrating sources of crop injury in Illinois — and one that unfortunately lacks a good solution.

Duane Friend, University of Illinois Extension educator, says that as deer and raccoon populations have increased, so has their impact on crops.

“By the late 1960s, the state deer population was still estimated to be under 25,000,” Friend says. “That number exploded after the 1970s and is now estimated in the 640,000 to 680,000 range. According to hunting numbers and Illinois Department of Natural Resources, this has stayed pretty stable over the last decade.”

Fields surrounded by wooded areas are often hit the hardest, and damage can have devastating impacts on yield.

“Yield losses can range from near zero up to 100%, although the overall loss is usually confined to a relatively small area,” Friend says.

Matt Montgomery, Pioneer Hi-Bred agronomist, has witnessed growers across the state struggle with wildlife injury, particularly in the last decade. He says identifying the symptoms of wildlife damage is one of the first steps to managing injury.

Montgomery says early-season pressure can be attributed to fowl or small mammals like voles or ground squirrels, resulting in stand-reduction issues.

“If it’s really bad and it happens early enough, we’ll just maybe replant that part of the field,” Montgomery says. “And then we’ll think about some things to do next year to maintain that yield potential.”

Often the most destruction happens later in the growing season, Montgomery adds, from deer and raccoons. And the damage done by raccoons can leave a feast for other wildlife, like wild turkeys, to devour.

“Occasionally people have looked at deer damage in soybeans and thought it was a herbicide injury issue because the plants are unusually stunted,” Montgomery says. “It’s only when you get down on your hands and knees that you see that tuning fork or wishbone-like pattern of stem development. Then you know that it’s a case of deer chewing off that plant continuously.”

Both Montgomery and Friend have seen limited success with products like repellents, scare mechanisms or field barriers.

“Unfortunately, like a lot of disease or insect issues that we face out in the field, after-the-fact management just doesn’t work,” Montgomery says. “There’s no way that I can pull back or find a way to drive away that wildlife pressure.”

Montgomery’s primary recommendations for fields with exceptional wildlife pressure are to avoid early-silking hybrids and to try to plant the field near the date that surrounding fields are planted.

“The problem is, if you’re exceptionally early when it comes to silking and you’re the earliest thing around, then you become the tastiest thing in the countryside,” Montgomery explains. “In this case there is value, within reason, for staying in the pack so you aren’t the one location that raccoons and deer are coming to.”

Friend adds that fencing could be a cost-effective consideration if the crop is exceptionally high-value and damage is extensive, occurs in a small area, and occurs every year. But just because an animal has been seen around the field doesn’t mean that animal is the cause of crop damage.

“If someone is experiencing substantial loss from wildlife, they should contact the regional Illinois Department of Natural Resources wildlife biologist to see what options might be available,” Friend says. “Most wildlife are regulated by state and federal laws, and cannot be shot or removed without a permit. Even if some animals can be removed, more will likely come in and take their place.”

The type of crop injury and other signs can give clues to which animal did the damage.

• channels through the side of the field

• foliage chopped into 1- to 1.5-inch sections and scattered

• plants knocked over in large patches and stalks crisscrossed

• husks shredded with kernels gnawed off the ear

• blunt, flattened ears where ends are chewed off

• reddish or purple plants from sugar buildup after ears are gone

• wishbone or U-shaped growth pattern after predominant central stem chewed off, but lower buds continue to sprout from either side

• stunted appearance from plants being continuously chewed on