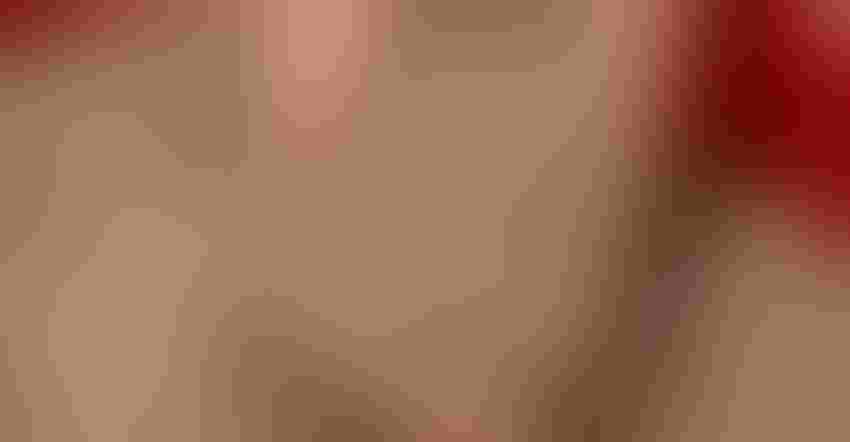 FIT FOR CONSUMPTION: There’s no CBD present in hemp seed. Relative to fiber, hemp seed harvests are light and can be shipped great distances.

There are three markets for growing hemp: fiber, seed oil and cannabidiol (CBD) oil derived from the plant’s flower. Fiber and seed oil are the most promising for large-scale acreage growth, farmers say.

Rushville, Ind., farmer Marty Mahan has been crossing the border to Kentucky and researching how to grow industrial hemp for fiber for the past couple of years. He’s getting ready for his first hemp production year on 50 acres under a research permit.

Mahan, who’s seeking to diversify income on his corn-soybean farm, lives within 100 miles of Sunstrand, a hemp fiber processor in Louisville. The processor supplies seed of a cultivar it developed with the University of Kentucky, which Mahan will plant, dry, bale and sell back to Sunstrand.

“I’m trying to get this farm as a viable business to be passed down to a sixth generation,” says Mahan, an Indiana Farmers Union board member. “The long game for hemp is in the fiber. Right now, all the money and interest is in CBD, and understandably so, but I really think five to seven years from now, fiber is where the consistent and stable market is going to be.”

Mahan will also be planting 500 CBD clones. While hemp seed for fiber is roughly $100 for a 50-pound bag, strains specialized in producing CBD have costs ranging from $1 to $2 per seed, and even more for transplants, depending on organic certification.

Hemp farmer Andy Huston of Roseville, Ill., says demand for fiber is lacking at the moment, and suggests farmers who don’t live within close proximity of a planned fiber processor grow seeds, as he did in the 2018 season with Cherry Wine, a Colorado strain of hemp developed for its ability to produce CBD. Huston is now using those seeds to grow transplants for CBD production.

“There’s no CBD present in hemp seed, so when you press oil out, it’s just a regular soybean-oil-type of product,” Huston says. “When you’re producing that kind of seed, you’ll probably plant around 300,000 seeds per acre, at about $4 a pound. Just like drilled oats or drilled rye, the population would be so thick, you wouldn’t worry about weed pressure.”

“Seed is easier to find a market for than fiber, because they can be shipped affordably,” Mahan adds. “There are companies in Wisconsin and Canada that have contracts, but it’s a challenge because you’re growing a food-grade product, so it has to meet certain quality requirements just to be a viable product to be sold.”

For his 50 acres of fiber, Mahan drills in narrow, 7- to 15.5-inch rows to fight weed pressure in a crop that so far has no approved herbicides. For harvest, he’ll cut his fields with a sickle bar right before the plants flower, which is roughly 90 days into the growing season. As the crop lies on the ground for two to four weeks, the cellulose breaks down and reaches a 9% moisture rate. Then he’ll rake and bale it.

He recommends a standard application of 100 pounds of nitrogen for hemp when it’s grown for fiber and 50 pounds for seed, while potassium and phosphorus needs vary based on soil. A pH value between 6 and 7.5 and well-drained soils also are needed.

Soils need to be at least 50 degrees F at planting, and the shallow seedbed requires farmers to potentially postpone planting to prevent rain from washing out the seeds within the first seven days.

The 120-day growing season for seed production, however, introduces unique challenges to growers.

“Fiber is the easiest way to grow hemp in every aspect, from growing to harvesting,” Mahan says. “That’s because you’re not growing for a reproductive part of the plant; all you’re growing for is that big healthy stalk.”

After the 120-day mark, Mahan says farmers producing seed should plan a green harvest when the hemp has a moisture rate of about 18%. This keeps the stalk in a more pliable state to pass through the combine, and it minimizes seed loss and shatter, as does a draper head.

“Most people are using a conventional combine that has a drum or cylinder inside it, but I’ve met people that say walker combines are a big advantage with harvesting,” Mahan says, explaining that walker combines have stair steps that walk material through. “There’s a lot of people who have had issues with fiber wrapping around the cylinder in a conventional combine.”

If you’re raising seed, it has to be dried immediately, within hours of harvest. It tends to sweat quickly because it was harvested at such a high moisture, “so if you don’t have a small-batch dryer to dry the seed in, seed is not a good option for you at this time,” Mahan says. Further: A seed cleaning setup is not optional.

“A lot of people don’t really have the batch dryers and seed cleaning types of setups where they can handle hemp seed efficiently. Growing seed only suits certain individuals that are accustomed to that type of work to begin with,” he concludes.