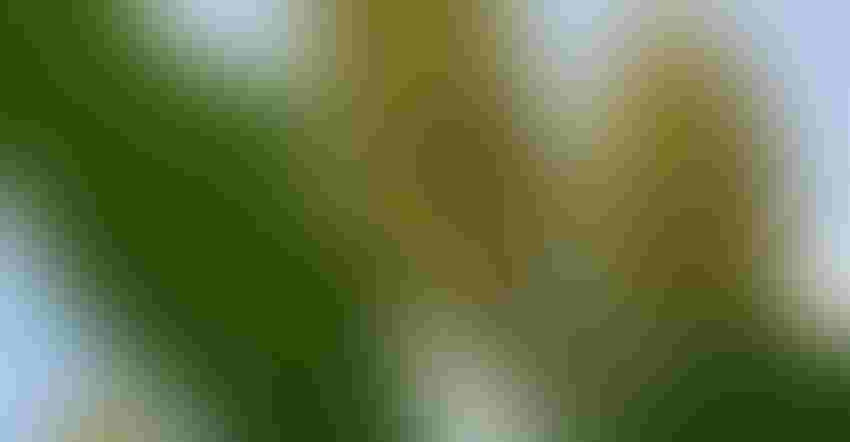 The U.S. Department of Agriculture produced an updated September report that lowered yield estimates. The report was based on in-field inspections by personnel, field samples, satellite imaging and other data-gathering methods to produce “harder numbers” regarding the U.S. corn crop.

Welch said August turned warm and dry from central Nebraska to the northern half of Illinois, which impacted grain yields in the nation’s Corn Belt. There was also a severe windstorm in Iowa that caused extensive damage to corn crops.

According to the new estimates, the national average U.S. corn yield in 2020 is expected to be 178.5 bushels, compared to the August estimate of 181.8 bushels per acre. Despite the 3.3 bushels-per-acre reduction, average yields are expected to be the highest recorded, eclipsing the previous record of 176.6 bushels per acre in 2017.

“They cut the top out of the corn estimates between the high temperatures and a derecho windstorm,” he said. “We’re still likely to see an all-time record yield, but there is a little uncertainty because insurance claims are still being filed in areas that received the most significant damage.”

Corn production earlier this season was expected to be a record crop near 16 billion bushels. Now on lower yields and a small decline in harvested acres due to wind damage, a 14.9-billion-bushel crop is forecast.

Corn prices rallied to their highest point since March on the reduced crop estimate, but COVID-19 and the subsequent economic recession continue to impact corn prices, Welch said.

“Corn consumption, tempered by the economic turmoil of COVID-19, will follow the pace of recovery for oil and gas and subsequently ethanol,” he said. “Gasoline demand is still 10% below where it was this time last year.”

Another factor supporting the price increase from $3.20 per bushel back up to the $3.60-$3.70 per bushel range is a dramatic increase in exports to China, Welch said.

“China has come into the market in a big way to buy U.S. corn, sorghum, wheat, as well as soybeans,” he said. “Not normally a top importer of U.S. corn and wheat, their recent demand is very positive for prices.”

Lower ethanol demand due to COVID-19 cut about 500 million bushels from corn use in the 2019-2020 corn marketing year. Now corn exports in 2020-2021 are projected to be up over 500 million bushels, driven by increased exports to China.

“Those are big numbers,” he said. “Despite the slow recovery on ethanol demand, export numbers are strong, and that alone has reset the table for corn.”

China has also increased its imports of U.S. grain sorghum, reflecting increased demand for that commodity as both a feed and food grain.

Welch said he was hearing corn yields in much of the Coastal Bend were excellent and that rains in the Texas Plains relieved some of the heat and drought stress in the state’s top corn-producing region. Corn in the Texas Plains is nearing harvest, and he expects Texas producers to find positive market opportunities.

Sorghum producers should also see a positive market and high prices relative to corn, he said. Grain sorghum is selling at a premium to corn in some cash markets and has traded at a stronger basis in others as the growing season nears an end.

Soybean producers are seeing sharply higher prices as well, Welch said. Texas produces a small amount of soybeans relative to other parts of the U.S. – around 115,000 acres. But with futures trading at more than $10 per bushel, he expects soybeans could be on growers’ radar going into 2021.

“The shape of the market right now could impact corn and sorghum acreage next year,” he said. “Soybeans might be an attractive option for growers because the profitability of beans is better. I think you might see an increase in soybeans relative to corn next year, but we’re also seeing good rallies in corn and sorghum as those crop forecasts tightened. It’ll be interesting to see how the market takes shape going into the 2021 growing season.”

The district received 8-13 inches of rainfall. Stock tanks were replenished, and the soil was saturated. Producers were waiting for soil to dry enough to plant small grains. Bermuda grass pastures and hay meadows were recovering very well after recent rains. Producers were scouting for armyworms. About one-third of cotton had been harvested before the rains came. There were reports of cotton sprouting in bolls.

Weather conditions were wet and cool. Some areas received up to 4 inches of rain. Cotton continued to progress in fair to good condition. Wheat producers continued preparing fields. Pasture and rangelands continued to improve with recent moisture.

Light amounts of precipitation were reported, and soil moisture levels were mostly short. Cotton harvest was wrapping up with better than average yields reported. Post-harvest fieldwork and some tillage was done in preparation for winter pasture planting. Some producers were reporting fall armyworms and were being encouraged to scout to make the best management decisions possible. Pastures were moisture stressed. Hay production was slow due to the dry weather. Some supplemental hay feeding began due to lack of pasture grass. Some producers were weaning calves earlier than normal. Most livestock water sources were short or were drying up and becoming a major concern. Livestock were doing well. Early pecan varieties should be ready for harvest within the next two weeks.

Hay production slowed and producers were preparing for winter pastures. Rainfall was sporadic across the district. Some areas got very little while others received good amounts. Pasture and rangeland conditions were good. Subsoil and topsoil conditions were adequate. Livestock were doing fair to good. Fall calving started. Houston County reported that the small amount of rain they received brought an influx of flies to livestock and in barns. Producers were on the lookout for armyworms. Wild pigs remained active and caused damage.

Subsoil and topsoil moisture level were still low despite the cold front that delivered some moisture. Some counties reported 0.5 to 3.5 inches of rain. Cooler temperatures slowed crop progress. Producers were in the process of shutting pivots off and watching the moisture levels in the ground. Producers were focusing on secondary crops since insect pressure was low and crops were mostly mature. Corn and sorghum silage harvest was active, but corn harvest was starting to slow. Wheat, triticale, and rye were planted, and planting reached the halfway point. Cattle were in good condition.

Northern parts of the district reported adequate topsoil and subsoil moisture, but most areas were short on moisture. Pastures and rangelands were in very poor to good condition. Corn was dented and sorghum was coloring. Sorghum fields were in all stages of development in some areas. Cotton condition was poor to good. Peanuts were in fair condition. Producers stopped irrigating corn and cotton. Producers were concerned about crops because of two days with temperatures in the 30s and 40s. Corn and cotton irrigation has ceased. Cattle were doing well in cooler temperatures.

Much of the district received 2-plus inches of rain, and temperatures dropped into the mid-90s. Topsoil moisture ranged from adequate to surplus. Clay soils were saturated and should be in good condition to plant in most areas. Pastures were in good shape, and animals looked good. Cattle were in good condition. Recent moisture and lower temperatures were welcome relief for livestock, but the fly population increased and fall armyworms were being treated in areas.

Temperature highs were in the 90s with lows in the upper 40s. Reported rainfall was between 0.8-4 inches. Cooler temperatures slowed cotton progress, which will affect the very late maturing fields. Several fields were ready to be defoliated, but producers were waiting for fields to dry. There was white fly pressure on cotton. Winter wheat plantings began. Hay grazer was coming along. Alfalfa farmers were looking to make a last cutting, possibly a clipping too. Pecans looked good, but squirrels were becoming pests in this area. Livestock were in overall good condition. Rangeland conditions were improving, but producers continued to feed livestock and wildlife.

The district received some much-needed rain with most areas reporting around 4-6 inches. Rains were too late for cotton and warm-season pastures but will go a long way to help cool-season grasses and forbs when planting starts. Rains also replenished tanks and creeks. Wetter conditions should also help slow down wildfire threats. Stocker and feeder prices were adjusting to the larger supplies currently moving into mostly full feed yards. Prices were lower across all classes of cattle.

Rain fell across the district with some areas reporting up to 12 inches. Rangeland and pasture conditions were improving with the added moisture. Corn, sorghum and cotton harvests were complete with average to above-average yields reported. Preparations for winter grain planting were underway. Livestock looked good. Bucks were in velvet.

Most areas reported cooler weather and short to adequate soil moisture levels. Western parts of the district reported very short to adequate moisture levels. Several counties reported up to 1.5-2 inches of rainfall while La Salle County reported 1-3 inches and Live Oak County reported between 0.75 and 8 inches. Atascosa County reported 0.4 of an inch of rainfall up to 6 inches. Early strawberry plants were doing well. Peanuts looked good and were getting close to harvest. Cotton was being harvested, but most producers had finished and were preparing for cool-season crops. Small grains were being planted for grazing. Pasture and rangeland conditions were improving, and ranchers were supplementing less for cattle. Drier areas continued to report declining forages and increased supplemental feeding. Stock tanks were full in areas that received good rain. There were a few reports of armyworms in hay fields. Counties were gearing up for hunting season. Watermelon and cantaloupe harvests continued, and pecan orchards were getting ready for fall harvest. Cowpeas were planted in Jim Wells County. Beef cattle producers were weaning calves and beginning their fall roundups and will continue through the start of hunting season. Beef cattle prices remained steady for all types of beef cattle.