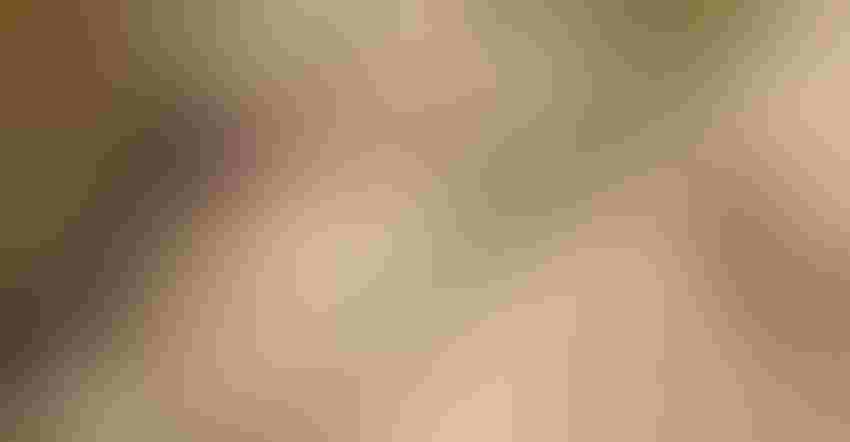 Nitrogen-based fertilizers in all forms have skyrocketed to record high levels leaving some producers concerned about input costs.Shelley E. Huguley

Producers may feel sticker shock when pricing nitrogen fertilizer, he said, but higher prices for crops like wheat and corn put those input costs in perspective.

Those looking to fertilize wheat fields now, or preparing management plans for other commodities like corn next season, are seeing record fertilizer prices at suppliers, Welch said. The most recent and similar runup for nitrogen fertilizers like anhydrous ammonia occurred between 2012 and 2014.

“Higher prices might be causing some pause among producers,” he said. “It’s understandable. If you’re putting a budget together, the input cost for fertilizer alone could be double what it was a year ago, maybe more.”

Anhydrous ammonia, the least expensive nitrogen fertilizer used widely in commercial commodity production, has reached $1,000 or more per ton compared to $495 per ton last year. The previous high crop-season average price for anhydrous ammonia was $851 per ton in 2014.

Everything is relative, even fertilizer prices

Higher natural gas prices also have contributed somewhat, but Welch said the upward price trajectory is mainly tied directly to higher grain prices. When grain prices go up, fertilizer follows based on demand associated with producers’ reaction to opportunistic market conditions for their crops, which typically includes planting more acres and managing them for maximum yields.

While producers may balk at the rising cost of fertilizer, Welch said an application’s productive value is more positive than in previous years due to the higher grain prices.

“I understand how watching fertilizer prices has been a jolt and is causing real anxiety among producers,” he said. “But I want to emphasize there are better marketing opportunities because grain prices are so good.”

Welch said fertilizer costs per bushel remain better than when prices for grains including wheat and corn were in the cellar. For example, based on Nov. 4 wheat prices, it would take 126 bushels to pay for one ton of anhydrous ammonia, whereas the same ton of fertilizer cost a producer 158 bushels of wheat in 2016.

Opportunities based on $7.50 per bushel wheat and $5.50 per bushel corn futures make bottom-line outcomes more positive relative to the expense of doubled fertilizer input costs, he said.

The challenge for producers will be to minimize risks associated with higher input cost commitments and maximize pricing opportunities on the marketing side, Welch said.

Efficient application of fertilizer will be an important component to budgeting this season, he said. He recommends assessing available soil nutrients through rigorous testing and pinpointing fertilizer needs.

See, Efficient fertilization is key in 2022

Producers should also consider split applications and timing fertilization in ways that maximize crop progress and avoid degradation by environmental conditions, including rainfall events, he said. Establishing nitrogen-fixing cover crops this winter may also be a good investment this year.

“This is a year where management decisions now could help budgeting in the future and ultimately margins,” he said. “Whether it’s crop rotations, cover crops, extensive soil testing or limiting applications based on timing and need, producers will want to be as efficient as possible with their resources.”

On the crop management side, Welch said it may be a good idea to buy fertilizer for future needs – or, if possible, approach dealers to lock in prices and supplies due to high prices and potential availability concerns.

“Higher prices are one thing, but getting fertilizer when and where you need it, that is an entirely different concern that isn’t very predictable,” he said. “Whether logistical issues like shipping or trucking problems might weigh into supply shortages, that is an unknown at this point.”

Welch said the U.S. imports nitrogen fertilizers from countries such as Canada, Trinidad-Tobago, Russia and Qatar, but he has no recent data on how much national consumption is reliant on other nations. From 2015-2019, the U.S. increased ammonia nitrogen fertilizer production and imports declined based on favorable domestic natural gas prices and strong corn production.

On the crop marketing side, Welch said locking in contracts at current prices could reduce risks associated with potential price dips in futures markets. Crop success in the Midwest drives U.S. production. However, other nations like Brazil can impact overall supplies while demand is driven by China’s increased need for feed as it rebuilds its swine herd.

“Grain stocks are still very tight, and the demand factor appears to be steady,” he said. “The U.S. crop did well this season, and Brazil is expecting a record crop following a very short crop last season. The question is where prices will go from here, and producers need to be considering that now and factor it into their budgets.”

A map of the 12 Texas A&M AgriLife Extension districts.

A cold front moved through and delivered 0.5 to over 2 inches of rainfall around the district. Several areas held standing water and halted fieldwork and winter wheat plantings. Unfortunately, the moisture resulted in a heavy flush of winter annual weeds. Drier conditions were in the forecast, and remaining winter wheat was expected to go in on schedule. Cooler temperatures were slowing Bermuda grass growth, but winter oat and rye crops looked very good. Stock tanks were filling again, and livestock were in great condition. Producers were providing small amounts of supplemental feed for cattle. The spike in fertilizer prices was a concern for producers, but they were attempting to lock in purchase prices.

Showers delivered trace amounts of rainfall up to 2 inches in parts of the district. Temperatures were cooler and dipped into the 30s. Wheat emergence was very poor in drier areas, and some replanting was taking place. Wheat fields with moisture were greening up and growing. Stocker cattle looked good, but very few were on wheat pasture due to lack of growth. Cotton harvest had not started, but the crop looked very good, and bolls were opening up. Recent rainfall had little effect on the cotton crop.

Some rain was reported. Most fields were plowed and ready to sit through the winter. Producers were taking soil samples to determine how much fertilizer will be needed for crops. High fertilizer and feed prices have producers concerned going into winter. Some farmers were considering fertilizing with chicken manure where possible. A very small amount of cotton remained unharvested. Wet soil conditions were preventing progress on cotton and ratoon rice harvests. Winter pastures were growing well. Hay baling continued on a small scale but should pick up as fields dry. Cattle were in good condition with steady prices at market. Hunters were gearing up for deer hunting season. Pecan harvest continued.

Dry conditions continued over most of the district. Cherokee and Smith counties reported rainfall. Hay production was wrapping up. Livestock were in fair to good condition with supplementation taking place. There were reports of fall armyworms. Gophers were a problem in Gregg County. Wild pigs continued to be a major problem throughout the district.

Subsoil and topsoil moisture levels remained short to adequate. There were a few damp days but no significant rainfall. Cotton and peanut harvests were in full swing. Producers continued to plant wheat. Pastures and rangelands were in fair to good condition.

The first freeze occurred for some counties as conditions remained extremely dry. Some producers were wrapping up corn harvest and getting close to grain sorghum harvest with above-average yields expected from sorghum. Winter wheat plantings continued behind corn and sorghum harvests, and early planted wheat was being irrigated for grazing stocker cattle. Cotton harvest was beginning with above-average early yields.

Soil moisture levels varied widely, with counties reporting very short to surplus conditions. This week brought some heavy rainfall in parts of the district, with a strong cold front bringing cooler temperatures. Most areas received 1-2 inches of rain with daytime temperatures in the upper 40s to low 50s with lows in the mid-30s. Oats were fair to excellent. Winter wheat conditions were fair to good. Pasture and rangeland conditions were mostly poor to good, with one county reporting good to excellent conditions.

A cold front delivered cooler temperatures and small amounts of moisture. Lows were in the mid-30s, with highs in the mid-70s. Cotton harvest was moving along at a very steady pace, with above-average yields and outstanding grades reported. Growers were expected to plant a considerable number of acres of wheat this year but were holding off until significant rainfall arrives. Grazing conditions improved enough that some producers restocked pastures to take advantage of surplus grass, but pastures were bare for the most part. Improved rangeland conditions could create a fire hazard next spring if the rangeland is left ungrazed. Ranchers were finishing up shipping cattle, and what cattle remained were being given supplemental feed.

Rainfall was reported by a few counties. Pastures were drying out in Walker County and too wet to cut hay in Jefferson County. San Jacinto County received one day of heavy rain in their county. Winter ryegrass was being planted. Ratoon crop rice was being harvested. Producers were working cattle and grazing available forage. Rangeland and pasture conditions were very poor to excellent, with mostly good conditions reported. Soil moisture levels were very short to adequate.

A cold front brought cooler temperatures, with rainfall up to 2 inches reported across the district. Pasture and rangeland conditions were good. Wheat and oat planting continued as moisture levels allowed. Timely rains allowed some producers to fertilize. Cattle, sheep and goat prices were high. Fall lambing and kidding were underway. Livestock were in fair to good condition, and producers were providing supplemental feed. Wildlife was in good condition.