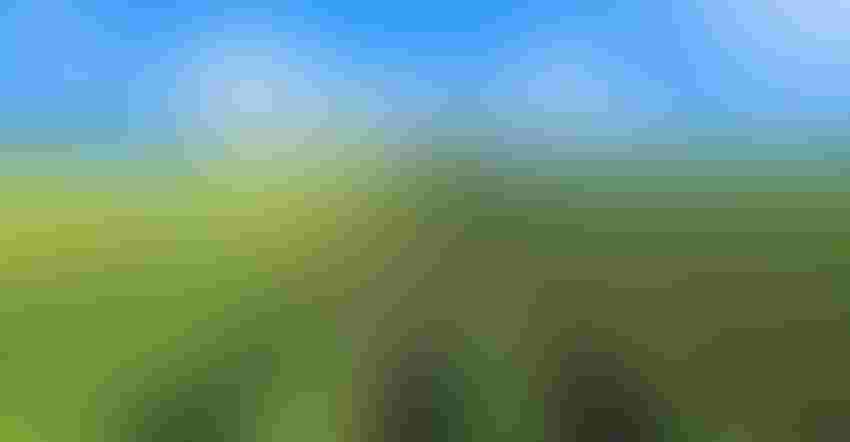 Spring wheat ratings took an unexpected tumble in yesterday’s Crop Progress report, falling 5% on the week. Only 11% of the crop remains rated in good to excellent condition as of Sunday. Market analysts had only predicted a 1% weekly decline in crop ratings, sending the U.S. wheat complex on another rally in today’s trading session.

And Feedback from the Field respondents have a lot to say about the failed state of 2021 spring wheat crops in the Northern Plains.

As winter dryness developed into a summer drought, many farmers are reevaluating their options for combining or discing the crop into the soil as harvest approaches.

White wheat harvest is set to ramp up this week in the Pacific Northwest, but a historic drought in the region will likely limit yields for a crop that has increasingly become of interest to top global grains buyer, China. Ongoing heat stress will also likely send protein contents above ideal volumes for milling.

The drought along with dry thunderstorms and interior heat continues in the Northwest! https://t.co/DoE7O6AxCf @breakingweather pic.twitter.com/hQaPFrCFJV

Winter wheat harvest clawed back within historical average paces over the past week after excessive rain showers slowed harvest progress early in the season. As of Sunday, 73% of the country’s winter wheat had been harvested, up 14% from the previous report after a week of favorable weather conditions and a mere 1% behind the five-year average for the same reporting period.

Crop conditions vary across the country and depend largely upon current drought ratings. Growers in the Midwest lamented excessive rain, while Pacific Northwest growers evaluated potential quality issues as harvest activity ramps up.

Another week of blistering temperatures will certainly spur harvest rates forward. But the forecast offers little help to crops struggling to mature. So while harvest will progress amid clear skies this week, there may not be a lot in terms of yield to reward the growers for their efforts.

Corn ratings inch up. But will it last?

Showers across the Midwest last week helped hold corn condition ratings steady at 65% good to excellent for a second straight week. But with hot and dry weather baking the Heartland, will conditions remain steady going forward?

Respondents from Farm Futures’ Feedback from the Field series aren’t so sure.

Some growers reported sustaining rainfall over the past week that will surely benefit corn crops as pollination heats up in the Corn Belt.

Other growers, quite frankly, did not need the rain. Water-logged regions of the Southern and Eastern Corn Belt received even more moisture, adding to excess moisture conditions that growers in the area have battled all year.

But heat stress and persistent drought loom large on the list of worries America’s corn growers are currently facing.

Pollination continues to move forward at a steady clip as heat stress continues to spur crop development ahead of historical averages. More heat and dry weather over the next two weeks do not bode well for crops on the margins, particularly in Minnesota and Nebraska.

But don’t count the Eastern and Southern Corn Belts out just yet. After a soggy first half to the growing season, the short-term forecast could help boost crop conditions. Many corn crops from Missouri to Ohio have struggled to develop amid excess rains this year. But a week or two of heat may be just what the doctor (or agronomist) ordered to ensure average to above-average yields for the region.

Soybeans continue to struggle amid excessively wet or excessively dry growing conditions. But last week’s showers and seasonally cooler temperatures in the Upper Midwest helped propel condition ratings for the soybean crop in yesterday’s Crop Progress report 1% higher on the week to 60% good to excellent for the week ending July 18.

But as hot and dry weather settles in over the Midwest and Plains this week, soy farmers are growing increasingly skeptical of the crop overcoming this latest obstacle after a turbulent growing season.

The #soybeans are beginning to set pods in these locations, too. Everything is looking good so far but the story is the same as elsewhere. August rain will be a huge determinant in yield. pic.twitter.com/9pm1LUdQ8h

But conditions for the crop vary across the Heartland. Central Illinois growers are increasingly worried about pests after a deluge of rain this year. “Wet environment brings lots of disease,” reports one Feedback from the Field respondent from the region.

A Southern Indiana grower was more optimistic. “Good weed control and will do foliar spray soon,” the farmer shared.

“First crop beans went in 2 weeks late. Have been water-logged but overall, in decent shape,” one grower in Southwest Missouri reported. “Double crop beans that went in early have fair stand, but most have been replanted once or twice and 70% have not been able to be planted because of rain. Some of us are going to plant till Aug. 1st but others have given up. They are the smart ones.”

“Normally I would say we don’t produce enough beans to matter but with tight stocks this year we may a little this year.”

Even as domestic and export demand for old crop soybeans dwindle, growers continue looking to the future. New crop soybean prices continue to climb back towards $14/bushel on concerns about tightening supplies.

And while that would typically be a welcome sentiment to farmers, as many struggle to gauge how much – if any – crop volumes they will have available for harvest this fall, pricing opportunities may not be feasible until combines begin rolling later this summer.