Crop Connection: The research studies the effect of fueling conventional vehicles with E30. 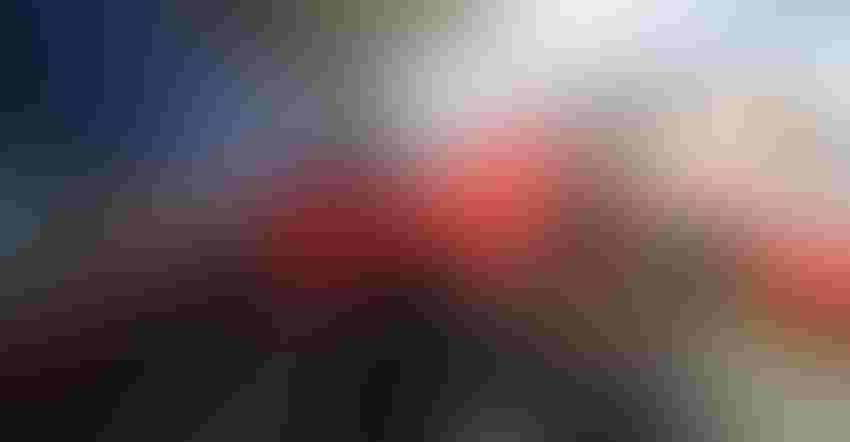 E30 ON THE RISE: A Nebraska study partners with the EPA to see what the effects are of using E30 in conventional, non-FFVs. So far, the study shows no adverse impacts and only benefits. Peter Cade /Getty images

Today, E10 and E15 are the more popular ethanol-blended fuels nationwide. However, with extremely high gasoline prices and concerns about gasoline supplies for U.S. consumers, ethanol continues to be a crucial part of national energy security.

According to an Oct. 21 news release, Gov. Pete Ricketts announced that the EPA has approved the continuation of groundbreaking research on E30 fuel. Results of the state’s initial pilot program launched in 2019 showed that E30 is safe and reliable fuel for use in conventional vehicles.

Through its second phase of research, the state intends to underscore its initial findings in order to support regulatory change to make E30 accessible to all drivers.

Going as far back as 2016, Glacial Lakes Energy LLC partnered with Andy Wicks, a Watertown, S.D., native who founded DynoTune Speed and Performance, a business that specializes in enhancing high-performance, fuel-injected vehicles. In that study, 40 different vehicles, ranging in age from a 2003 Chevy Silverado to a 2016 Lincoln Navigator, used more than 1 million gallons of E30 sold in Watertown since 2016.

Through more than 80,000 test miles and 20 million consumer miles driven, the vehicles increased fuel mileage, increased horsepower, saved fuel, and had no check engine lights or mechanical issues. When tested on three full-sized pickups, Wicks verified a 30-plus-hp advantage over regular 87 octane gasoline as measured on a rear-wheel chassis dynamometer.

Initially approved by the EPA in September 2018, the following spring, Nebraska began its study on the use of locally sourced E30 biofuel in conventional vehicles. In that study, 50 state-owned vehicles, including Nebraska State Patrol cars, were outfitted with onboard tracking systems to capture data on vehicle performance, with the testing taking place over a one-year period. Data was submitted to engineers at the University of Nebraska-Lincoln for analysis.

In 2021, UNL’s Engineering Department released its analysis of data from the first phase of the demonstration, showing that E30 is safe and efficient to use in non-FFVs. This peer-reviewed research was the first scientific demonstration of its kind.

This fall, Phase 2 of the Nebraska E30 demonstration study commences to include an expanded fleet of up to 825 state vehicles. While further demonstrating the safety and reliability of E30, the state will also significantly reduce its fuel costs and carbon footprint through the program.

“Promoting higher ethanol blends should be a centerpiece of our national strategy to lower gas prices,” Ricketts said in the news release. “Ethanol saves drivers money at the pump, is better for the environment, and creates opportunities for farm families in America’s heartland. Nebraska has already demonstrated that E30 can be used in regular vehicles without reducing performance or requiring extra maintenance. With our expanded study, we’ll be in an even stronger position to advocate regulatory change to make E30 accessible to everyone.”

According to the Nebraska Ethanol Board, if only 10% of the 1.7 million registered non-FFVs in Nebraska used E30 instead of E10, ethanol consumption would increase by 18.5 million gallons per year and carbon emissions would decrease by 64,000 tons per year.

“This marks another significant milestone for the nation’s ethanol industry, and another significant step in reducing gasoline’s aromatic content,” said Reid Wagner, executive director of the Nebraska Ethanol Board.  “We have demonstrated that higher ethanol blends release fewer harmful emissions, have no detrimental impact on vehicles, and save consumers money. We hope to see other states follow Nebraska’s lead by demonstrating the use of E30 in their state fleets.”

Wagner said the state plans to work with industry partners and the EPA to continue the E30 demonstration for at least two years.

A news release from Ricketts’ office contributed to this article.