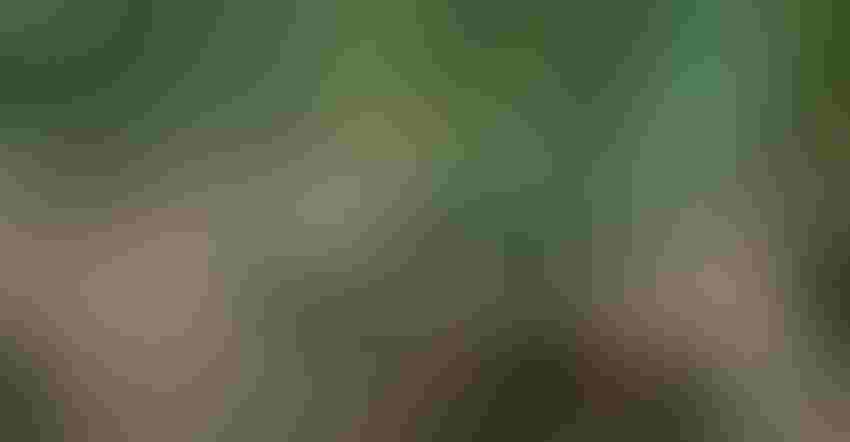 Specialty crop producers in the Rio Grande Valley face significant problems due to COVID-19 disruptions and market losses. With no place to go, crops are being destroyed, and prices are dropping due to surplus coupled with low demand, says Texas A&M AgriLife Extension Service economist Luis Ribera.

From onions to citrus, specialty crops are taking a hit, he says. But how much remains to be seen.

Ribera and other Texas A&M AgriLife Research and Extension experts are compiling a report to address the potential economic impact of the virus on Texas agriculture producers.

Like many other agriculture sectors, the virus has disrupted traditional supply lines and market demands. The closure of schools and demand reduction by restaurants has put some commercial specialty crops, including fruits and vegetables, in a tough spot.

“Some fresh fruits and vegetables don’t have a home to go to,” he says. “These are highly perishable products with reduced to no outlets. They can’t be stored, and prices are very low. At a certain point, prices become so low the crops aren’t worth harvesting, so they disk it under.”

Farmers in the Rio Grande Valley have already disked under crops like kale and other greens because harvests would likely sit and waste, Ribera says.

About 40% of commercially grown produce typically goes to wholesalers who ship to retail grocers. Another 40% of their harvest goes to restaurants, with the remaining 20% going to market in other ways, he adds.

Sales to grocers have increased 10%-15%, leaving a significant portion of the crop with no place to go, he says. Producers reported March sales down 20%-50%.

Disruptions will continue to batter specialty crop producers until normalcy returns, Ribera says. He expects April numbers to be worse because growers don’t have options. Plus, the winter growing season produced above-average yields.

“Yields were very good, so you have good supplies and much lower demand,” he says.

Harvest of specialty crops also has been disrupted due to a lack of labor.

“There has been a shortage of harvesting crews,” Ribera says. “That has delayed or prevented harvests. Each day a crop sits in the field or is delayed in its journey from field to consumers, the quality is reduced, and that costs producers. This is one of those ‘perfect storm’ situations.”

Dale Murden, a grower and president of Texas Citrus Mutual in Mission, said it’s too early to tell the extent of losses to Texas specialty crop producers. Still, changes in markets like schools and restaurants have hurt. He suspects citrus is faring better than some crops, but not being able to provide schools with juices for breakfast was a big blow to the industry.

Murden noted seeing a field of onions harvested and bagged, but with no destination. He also expressed concerns about social distancing orders’ effects on the region’s melon crop, which is approaching harvest.

“We don’t know who it’s hurting and how bad yet,” he says. “It’s a fact, that kale and greens growers have plowed crops under. It’s a fact, orders are being canceled. It’s a fact that crops have no place to go, but it’s hard to quantify the dollars and cents at this point.”

Some near-record low nighttime and daytime temperatures were recorded. Corn looked a little rough due to continued cool temperatures but should bounce back when conditions warm. A light frost was reported in some areas. Temperatures knocked Bermuda grass pastures back but were not cold enough to hurt peach trees. Sheep and goat markets bounced back a little, but the cattle market remained down. Pastures and rangelands looked good. Cold weather slowed cotton planting. Some fields held standing water, and those crops were suffering. Winter wheat was fully headed and entering the flowering to filling stages. Wheat fields were showing significant disease issues including glume blotch on the heads and expanding tan spot lesions onto the flag and flag-1 leaves. These diseases likely will negatively affect yields. Fusarium head blight incidence was light. Some stem maggot damage and common root rot were also noted. Corn was developing well, however, widespread fields were exhibiting temporary chlorosis/bleaching as a result of herbicide applications. Foliar spray applications in corn were now winding down. Weed control was going well in all crops. First hay cutting and baling was underway. Producers were spraying pastures.

Small amounts of rain were reported with windy, cool and cloudy conditions. The district was still in a drought pattern, and all field crops needed moisture. Crops on heavier soils looked okay, but crops in lighter soils were showing stress. Winds caused some damaged to corn stalks and reduced some stands. Spring planting was back in full swing. Producers finished planting cotton and soybeans. Corn was tasseling, and sorghum was within a few weeks of heading. Wheat neared harvest in southern areas of the district. Rangelands and pastures were short on moisture. Fertilizer and herbicide applications continued on pastures as weather allowed. Prices for cattle at local auctions dropped. Pecan nut casebearer monitoring continued, and sprays were expected to occur earlier than normal.

No measurable rain was reported. Subsoil and topsoil moisture levels were short. Winter wheat and rangelands were in fair to good condition. Corn producers started preparing their fields for planting. Most producers sprayed winter wheat fields they plan to plant with cotton. Cattle were in good condition.

Areas reported adequate topsoil and adequate to short subsoil moisture. Pasture and rangeland conditions were fair to good. Winter wheat was in poor to good condition. Some wheat producers were monitoring fields for freeze damage following three days of below freezing temperatures.

Topsoil moisture levels were mostly adequate to surplus. A wide range of temperatures were reported with lows in the 30s to highs in the upper 70s. Scattered storms of 0.5-1 inch kept soils moist throughout the district. Volunteer ryegrass was growing, and livestock were in great condition.

Temperature highs were in the 80s, and lows were in the 40s. No precipitation was reported. Corn and sorghum were planted. More farmers cut and baled their wheat fields, and some were preparing dryland and irrigated cotton acres. Many cotton producers were sandfighting and preparing seed beds. Other producers were grazing out their winter wheat and oat crops. Producers finished planting hay grazer. A couple of diseases, including leaf and stripe rust and leaf blotch, were being monitored. Alfalfa weevils continued to be a problem for farmers who did not spray due to cooler temperatures. Pecan farmers were spraying zinc and/or irrigating. Pecan nut case bearer traps were hung throughout the district. Cattle producers were preparing for spring roundups and sorting of fall calves. Most spring calving was finished. Producers were working sheep and goats and continued to feed wildlife and livestock.

A mild, dry week allowed spring planting to resume. Stock tanks filled up from a hard rain. Weeds were abundant and difficult to manage due to wet or windy conditions. Winter wheat was being grazed out by livestock. Cattle continued to improve weekly with good grazing.

Rice fields were progressing. Cool weather was keeping some rice from being sprayed and slowed growth. Areas of the district received trace amounts of rain up to 3 inches. Overall pasture and livestock conditions were good. Overall cattle body condition scores appeared to be 3s-5s. Rangeland and pasture ratings were excellent to very poor with good reports being most common. Soil moisture levels ranged from adequate to very short with adequate levels being most common.

A cold front delivered traces of precipitation up to 3 inches of rain across the district. Pasture and rangeland conditions looked good. Peaches were starting to set. Hay grazer was being planted. Weed control and fertilizer applications on pastures continued. Cattle and sheep markets were low. Producers were reporting livestock conditions were improving with less supplemental feeding. Spring sheep shearing continued.

Weather conditions were mild with very short to adequate soil moisture levels. La Salle County reported 1 inch of rain along with a cool front. Starr County reported trace amounts of rain up to 2.5 inches of rainfall. Cooler temperatures were reported in most areas. Fruit and vegetable producers were harvesting and planting. Strawberry producers were harvesting. Red potato harvest started, and cotton plantings continued. Wheat and oat crops were maturing and turning color. Bermuda grass hay fields were cut and baled. Pasture and rangeland conditions improved in some areas, and livestock supplemental feeding declined. Livestock made good gains in areas with improved grazing. Beef cattle producers slowed culling activity after some rains. Pasture and cattle conditions continued to decline in drier areas. Livestock prices fell. Most ranchers kept their cattle on pastures. Pecan tree orchards were green and in good condition. Zavala County reported corn and sorghum made good progress following irrigation. Cotton also progressed well with little to no insect pressure. Dryland oats and wheat fields were not harvested due to yield potentials below harvest cost. Dryland crops were improving, and corn, sorghum and cotton were being irrigated. Onions were still being harvested, and sesame planting was underway.