Catch up on how the aftermath of Hurricane Ivan is going and the status of the Mississippi River. 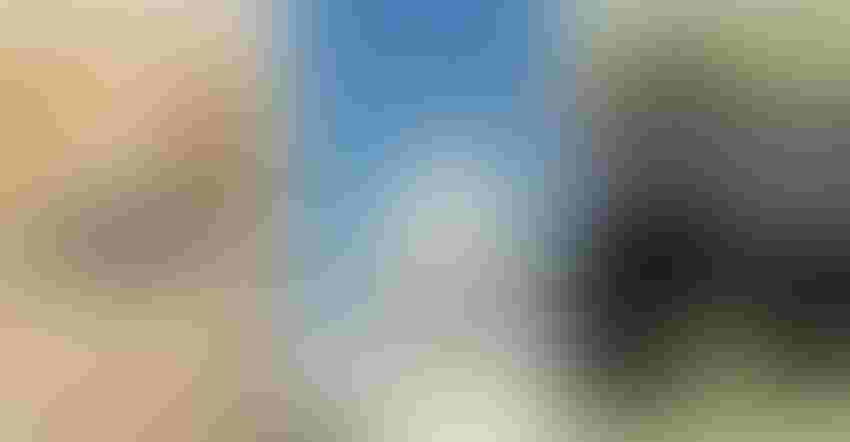 Did you get behind in your ag news this week? Don't worry! We've got what you need in this week's collection of headlines from the past week to fill you in.

1. Traffic on the Mississippi River may come to a halt, if Mother Nature has her way. A logjam of more than 100 ships, tugboats and their convoys of barges in the shrinking Mississippi River is threatening to grind trade of grains, fertilizer, metals and petroleum to a halt.

The largest U.S. barge operator warned customers it won’t be able to make good on deliveries. Ingram Barge Company declared force majeure in a letter to customers due to “near-historic” low water conditions on the Mississippi, the top route to get U.S. grains and soybeans to the world market.

Drought has dwindled water levels along the biggest U.S. waterway by so much that vessels are running aground. The Coast Guard is responding to grounded vessels in at least two places, near Stack Island in Louisiana and upriver near Memphis, according to a statement.

Covered barges full of grain and soy float from U.S. farm country to terminals in the Gulf of Mexico, while crude oil, refined products and imported steel also travel through sections of the waterway. Some 60% of all grain exported from the U.S. is shipped on the Mississippi River through the Port of New Orleans and the Port of South Louisiana, according to the National Park Service.

The logjam is coming at the worst time as the soybean and corn harvests are each about one-fifth complete and supplies will start piling up. The river woes, coupled with a soaring dollar, are destroying demand for U.S. supplies even with Russia’s invasion of Ukraine still impeding shipments in the Black Sea.

A peaking La Nina is limiting storms coming in from the southwest that would replenish rivers, and any significant relief is unlikely through the first 10 days of November, according to World Weather Inc. president Drew Lerner.

2. A week after Hurricane Ian stormed across Florida, farmers and ranchers continue waiting for floodwaters to recede to get a full picture of the destruction to citrus groves and cattle operations.

The storm killed at least 200 cows at a dairy farm in Myakka City, while beef cattle counts remain uncertain until herds can navigate back from swamps and hills where they went to ride out the storm.

“About 42 percent of our Florida cow herd, our cattle population in the state was affected by this storm,” Florida Cattlemen’s Association Executive Vice President Jim Handley said.

Handley said he couldn’t give an estimate on the full impact to the industry, as ranchers scramble for feed and continue to make emergency repairs to fences and buildings.

3. In the beef world, a Missouri farmer pleaded guilty to federal charges stemming from a cattle fraud scheme he tried to cover with murder.

Garland “Joey” Nelson, 28, of Braymer, Missouri, pleaded guilty to one count of mail fraud and one count of being a felon in possession of a firearm during a hearing Tuesday morning.

A federal judge ordered Nelson to turn over at least $215,936 to the government, which prosecutors said were the proceeds of the scheme.

Nelson will be sentenced at a future date, but he faces up to 30 years in federal prison without parole, plus another two years for being a felon in possession of a gun.

In a separate case, Nelson pleaded guilty last week to the murders of Nicholas and Justin Diemel, two brothers who owned Diemel’s Livestock.

4. Avian influenza remains a problem in parts of the United States.

This comes after an investigation from The Michigan Department of Agriculture and Rural Development (MDARD) and the Michigan State University Veterinary Diagnostic Laboratory. It's the first-ever detection in the county.

Right now, the premises is under quarantine and the birds will be depopulated to prevent disease spread. That flock contained nearly 100 birds.

State veterinarian Dr. Nora Wineland is warning to prevent more cases of HPAI, domestic birds must be protected from intermingling with wild birds.

5. In the technology department, Microsoft Research is releasing the underlying code for a series of agricultural technologies under open-source licenses, encouraging soil specialists, plant scientists and other experts to build tech solutions for sustainable farms.

The move comes as U.S. farmers grapple with low yields due in part to the effects of climate change and extreme weather in many parts of the country.

Microsoft is making the “FarmVibes.AI” technologies available on GitHub:

“We want to drive the innovations in the space around data and AI … by bringing the latest in tech to the domain experts,” said Ranveer Chandra, managing director of Microsoft’s Research for Industry Group, in a media briefing. “Through them, we will then be able to really make advances in democratizing data-driven agriculture.”

Microsoft has been testing the technologies with Andrew Nelson, an Eastern Washington farmer and software engineer, who studied computer science and business at the University of Washington.

He’s also unusual in that he has been able to secure a fiber connection to his farm, after trying for about 15 years to get one. “To make sure that I can prove out every single thing that we do, I have a lot of connectivity on our farm,” Nelson said, acknowledging that he’s “very lucky.”

One of the technologies to be released by the Microsoft in the future will help to address the issue for others: FarmVibes.Connect uses unused spectrum, also known as TV “white spaces,” to provide internet connectivity in rural areas.

6. In Hawaii, Rogerene “Kali” Arce was officially sworn in as director of the Maui County Department of Agriculture this week. A Molokai resident and Hawaiian homesteader with more than three decades of experience in Hawaii’s agriculture industry, Arce took on her new position in July when she was appointed by Mayor Michael Victorino. She was confirmed by the Maui County Council last month.

7. Nestle announced some new plans for it’s coffee brand, Necafe. The brand will invest more than $1 billion by 2030. The plan is expected ot accelerate the transition to a regenerative food system and help achieve zero greenhouse gas emissions. Nescafé will provide farmers with training, technical assistance, and high-yielding coffee plantlets to help them transition to regenerative coffee farming practices. Nescafé aims to achieve 100% responsibly sourced coffee by 2025, 20% of coffee sourced from regenerative agricultural methods by 2025, and 50% by 2030.