Use practices such as starter fertilizer, split applications and stabilizers to ensure nutrients are available to the crop early and during the entire growing season. 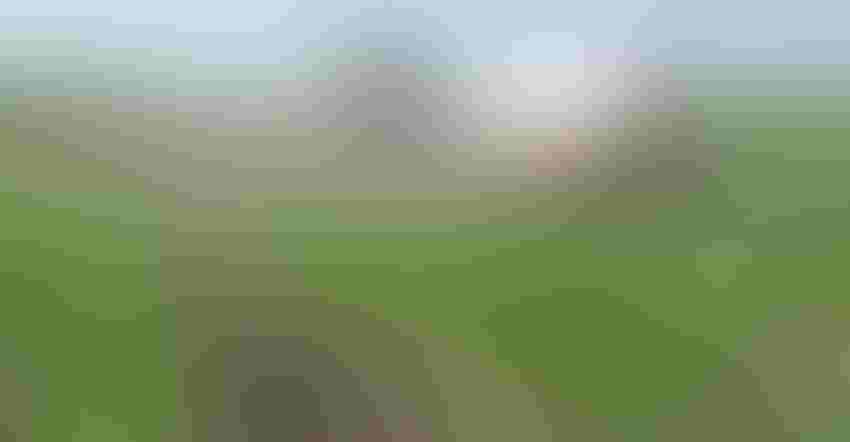 SIDEDRESS APPLICATION: Farmers can sidedress corn as early as the day after planting with the help of GPS guidance to prevent running over preemerged corn. Holly Spangler

You’re busy prepping equipment for the 2022 planting season and anxiously awaiting the first chance to get in the field. And you don’t want your neighbors to beat you. Still, don’t skimp on fertilizer applications to get there.

“Up to 60% of crop yield is dependent on soil fertility,” says Taylor Purucker, Mosaic Co. eastern North America crop nutrition lead. “And what this means is, without a solid crop nutrition foundation, it’s difficult to capitalize on other management practices such as seed technology or pesticides.”

There’s also solid evidence for making nutrients like nitrogen available early on, says Emerson Nafziger, University of Illinois professor emeritus. If there’s some N near the row as the corn crop begins to grow and establish its root system, N application timing can be flexible. Regardless of the form of N used, follow proper procedures when you make an application.

Purucker and Nafziger share five spring fertilizer considerations you may not be applying yet:

If soils are warm at planting, or warm up quickly, breakdown of soil organic matter also will provide some of the needed N. This means you don’t need to apply starter with the planter, but you can apply it as UAN before or after planting, though it may take longer to reach the plant’s roots.

2. Split applications. Split N applications normally refer to an N application before or at the time of planting with an application of the remainder of N after planting, Nafziger says. Although the idea is to apply some N later to protect it from loss during early growth, it’s not clear how important this is in most Illinois soils.

In one U of I study, putting 50% of nitrogen on at planting meant the other 50% could be applied as late as pollination with no loss in yield. With no N at planting, application of all N had to occur before corn was roughly knee-high to produce full yields.

Purucker adds that corn plants uptake N at maximum rates between knee-high and pre-tassel stages — only three to four weeks. And Nafziger explains that since good soils hold N well, early availability of N to the crop may be better than waiting until the crop is at the stage of taking N up rapidly. Why?

Early availability of N assures it will be there when rapid uptake begins. Dry soils can delay N from getting to the roots, which can result in deficiency. Under very wet conditions, roots tend to not function well, which can lower N uptake no matter when application occurs. If soils stay wet for several weeks, a supplemental application of N might increase yields in some cases.

3. Sidedress application. The term “sidedress” is an old term, referring to application of fertilizer between corn rows after the crop has made some, but not too much, growth, Nafziger says. The definition has expanded to include application of N between planting and as late as pollination using high-clearance equipment. With GPS guidance, farmers can apply N between rows before, at the time of or soon after planting. This helps lower the time pressure of getting this operation done.

If sidedressing is done with anhydrous ammonia, the N should remain in the soil until crop uptake begins. Sidedress application doesn’t tend to produce higher yields than application of all N before planting if early application is done properly. Sidedressing taller corn is possible with high-clearance equipment, but this increases the risk of dry soils delaying movement of N to the roots and N intake.

But Nafziger reminds farmers to keep in mind early-season weather: crops could look sickly due to soil conditions or cooler temperatures even when soil nutrient levels are high. This, along with the lack of proven critical levels of leaf N in young plants, limits the usefulness of tissue testing to confirm N status. If enough N was applied and fields look uniformly pale in color, this is almost certainly due to conditions, not to lack of N.

However, if you want to check the levels of phosphorus and potassium in your soil, spring is a good time to test because levels, especially K, tend to be less affected by soil conditions than in the fall. P and K applied after planting move very slowly to the roots, so application should be delayed until after harvest, unless results are very low.

5. Stabilizers. While N stabilizers are widely used for fall-applied anhydrous ammonia, the need of these with spring N applications is less clear, Nafziger says. Unless ammonia is applied in March or early April, it should remain safe as ammonium in the soil long enough without a nitrification inhibitor. UAN or urea are usually safe without an inhibitor if they are incorporated by tillage or rainfall after application at or near planting. He adds that in-season applications of injected UAN should also be safe.

UAN applied in surface bands using equipment such as Y-drops or broadcast urea are riskier. N can be lost to volatilization if it stays dry for more than a week or two with high temperatures after application. Use of a urease inhibitor can lower the amount of volatilization loss under such conditions. Products sold as stabilizers or inhibitors that don’t lower nitrification or urease activity may have some activity in the soil but may not prevent losses that come from these two processes.