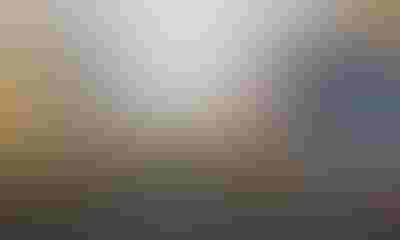 How would you do if you were asked to scout fields, identify insects and diseases, and come up with possible solutions to the problems you found? You may do this in your own fields every year, but your competition is probably your checkbook, not other people trying to come up with better solutions than you do.

Learning to identify crop problems through scouting and then thinking through possible solutions is the concept behind a crop scouting competition for high school students in late summer each year. A relatively new competition, it’s held at the Purdue University Crop Diagnostic Research and Training Center at the Purdue Agronomic Center for Research and Education.

Corey Gerber is director of the diagnostic center and helps organize the contest. He was assisted this year by Anna Noveroske Freije, a Purdue Extension crop pathologist.

The contest consists of several stations, with a score given at each station. This year’s stations included corn nutrition, soybean diseases, crop scouting in soybeans, insect and weed identification, corn and soybean production, calibration, and cover crops.
“We added the calibration and cover crops stations this year to update the contest,” Noveroske Freije says.

“At the field scouting station, one thing they do is scout the field and come back and report what they find,” she notes. “This includes growth stage for the plants in the field and notes on any disease or insect problems.

“They work as a group most of the time. They also can use the Purdue Corn and Soybean Field Guide as a reference in all but a few sections of the contest,” Noveroske Freije says.

“The contest is a lot about whether or not a team can figure out the answer to a question. They don’t necessarily need to know everything from memory,” she adds.

The top three teams in the Indiana contest this year were Southwestern, South Central and Eastern Hancock.

“My kids were elated to win the state contest,” says Pam Meyer, Southwestern FFA advisor and team coach. “They put in a lot of time studying, but they weren’t sure what to expect.

“We would have liked to do better in the national competition, but it was a great experience,” she says. “We included side trips to places like the Caterpillar factory, and contest organizers secured tickets so we could attend the Farm Progress Show in Boone, Iowa. These extra activities added to the overall educational value of the trip.”