Weed scientist says spraying other herbicides before and after dicamba drift increases injury to soybeans. 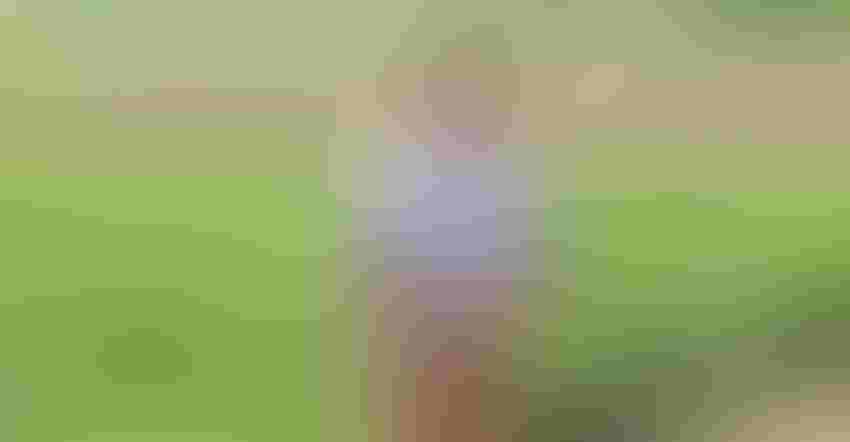 University of Missouri Extension weed scientist Kevin Bradley bolded and underlined the word “university” because he’s “mad at the industry, the companies” who have not contributed to identifying and solving issues surrounding dicamba.

“The things that we have learned about dicamba since it came out have come from concerned university scientists, not just here, but all over,” Bradley told a group of 300 crop consultants, chemical and seed representatives, and industry professionals during the MU Crop Conference in Columbia, Mo.

“A lot of you don't get that,” he added. “You just listen to what your local rep says, and you just go with it.” He challenged them to probe deeper and visit with university experts when they need more information.

He offered 10 ideas from years of research from across the nation regarding dicamba use for 2020 and beyond:

1. Herbicide applications can hurt. When farmers use other herbicide applications days before or after a dicamba drift event, injury severity increases on non-Xtend soybeans. Researchers at Purdue University found injury to soybeans is worse when Liberty or Roundup was applied — either one to three days before a drift event, or one to three days after a drift event — than without an application. Why? The research attributes it to the fact that an application of a product was made that had an adjuvant. “If dicamba is sitting on leaf,” Bradley added, “then you just made it so that dicamba goes into that soybean plant.”

2. Water helps. Irrigation or rainfall likely reduces aerial movement of dicamba. If you make an application of dicamba, rainfall it is a good thing, Bradley said. Pretty soon after, it will reduce the likelihood of volatility. So the sooner after application that you can get a rainfall or irrigation without messing up your uptake on the weeds, the better it is.

4. Dewy day effect. Where dew is present, dicamba volatility increases. If there is dew on a leaf and XtendiMax, Fexapan or Engenia is applied, Bradley says, it increases the likelihood it will volatilize. 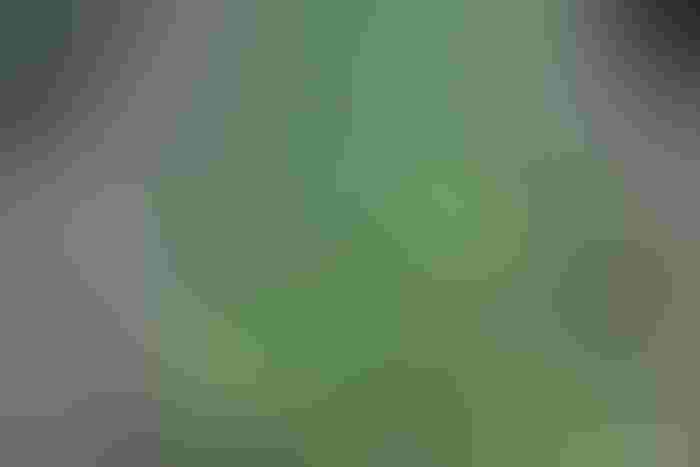 6. Tank interference. Dicamba volatility is greater if applied with glyphosate or in a low spray tank pH. “Glyphosate does lower spray tank pH for sure,” Bradley said. “But regardless of whether you have glyphosate or not, if your spray tank is low, it's going to be more volatile coming out of that tank.”

7. Yield loss exists. “There's yield loss with dicamba. Period,” Bradley said. “I still have people trying to fight me on this one, but just about every university that has had a weed scientist in it for the past 30-plus years has shown this over and over and over.” Non-Xtend soybeans are extremely sensitive to dicamba and will experience yield loss depending on dose and stage of growth at the time of applications.

8. High temp troubles. Higher temperatures increase the likelihood of dicamba volatility. Bradley said this university data is why states such as Illinois have a cutoff for dicamba application dates and a temperature cutoff at 85 degrees F.

9. Inversion impact. Temperature inversions play a major role in dicamba movement. MU has been out in the front on this research, starting six years ago showing how temperature inversions work and what role they play in increasing drift and off-target movement of herbicide spray droplets. MU has proven that inversions interact with dicamba vapor movement, Bradley said.

10. Long-lasting instability. The new dicamba products can experience volatility as much as 72 hours after initial application, Bradley says. While he’s been warning of it for years, recently his findings were published in the Journal of Environmental Quality. “We did 20-some studies to be able to say that if you make an application, I can still detect dicamba in the air, in that field, for 72 hours after that application made,” he said. He said it could be longer, but they did not test just how long after six days.

Extended volatility was a huge finding for the industry and one, Bradley contends, companies still are not going to say is correct. “That is fine,” he said, “but there’s the peer review process and blind review and publishing and everything else. There's a bunch of scientists that say it is good work, and it is real.”