Management strategies can reduce the risk. 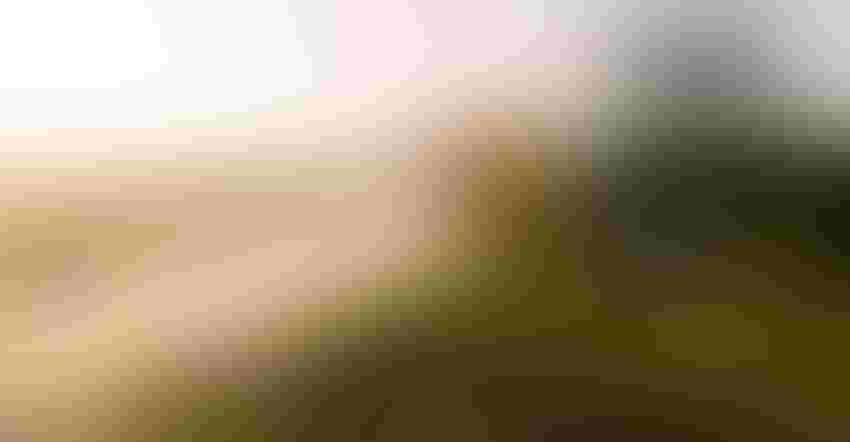 RISK: If the risk of pesticide drift becomes a reality, both the applicator and the harmed party should be aware and prepared for what might happen next. fotokostic/Getty Images

Pesticide drift is a risk many farmers face. Pesticides in the wrong place can injure unintended targets such as crops, trees and other vegetation, animals, and people. And pesticide drift can raise questions of liability for the misapplication.

What should you do if you suspect pesticide drift? Whether you’re on the sending or the receiving side of it, here’s a summary of what could happen after an incident of pesticide drift:

Documentation. Many pieces of information are necessary to analyze whether and why pesticide drift occurred and can be helpful to determining liability. Documentation of an incident should include:

Ohio Department of Agriculture investigation. A person who believes drift occurred can file a pesticide complaint with the Pesticide Regulation Section of ODA, which has the authority to investigate an alleged pesticide drift situation and assess potential risks to human health, damages to crops and vegetation, and whether the applicator violated Ohio pesticide laws.

If someone files a pesticide complaint, ODA’s investigation could include reviewing maps of the properties, visiting the site, talking with the person who filed the complaint, taking photographs and collecting samples.

The agency might also seek a written statement from the complaining party and others aware of the occurrence. The inspector next meets with the pesticide applicator to gather information about the application, such as pesticide applied, pesticide labels, mixing and spraying practices, and weather conditions.

After reviewing a case, ODA submits an investigation report to the complaining party. If a violation occurred, the agency takes enforcement action against the applicator in the form of a warning, civil penalty, license restriction or criminal prosecution.

It could take months for ODA to complete the investigation and make an enforcement decision. Note that an ODA investigation and decision does not address compensation to any harmed parties — that must come through other mechanisms.

Settlement. It’s not uncommon for parties to agree between themselves on how to handle harm from a pesticide misapplication, especially if the damages are minor.

Settlement might include a direct payment for estimated losses of crops or other goods, replacement of vegetation, or remediation of the damaged area. A well-written settlement agreement can clarify the terms and prevent future liability issues from arising.

Insurance coverage. An insurance policy can provide compensation for pesticide drift damages, but it’s important to ascertain whose insurance applies to the situation and whether there is coverage for the particular incident.

Some insurance policies will not cover certain intentional actions that could cause pesticide drift. Failing to follow the label or applicable laws and regulations could lead to a loss of coverage, for example.

Additionally, a policy might contain a “pollution exclusion” that would deem pesticides and herbicides as “pollution” that is not covered by the policy. Note that federal crop insurance policies typically are not applicable, as they do not cover crop losses resulting from pesticide drift.

The harmed party might sue everyone involved with the land where the application took place, including a landowner, tenant operator and custom applicator, leaving the parties to fight among themselves about who is liable. Claimed damages might include compensation for lost crops, costs of restoration, differences in property value before and after the harm, and expenses for medical treatment. If insurance hasn’t already been considered, it could arise in the litigation setting.

Pesticide drift is a risk that we hope won’t become a reality. Many management strategies can reduce that risk — education, following label instructions, selecting the right nozzle for the job, calibrating spray equipment, spraying in appropriate weather conditions, adapting buffers for sensitive crops and animals on nearby properties, and more.

If the risk does become reality, both the applicator and the harmed party should be aware and prepared for what might happen next.