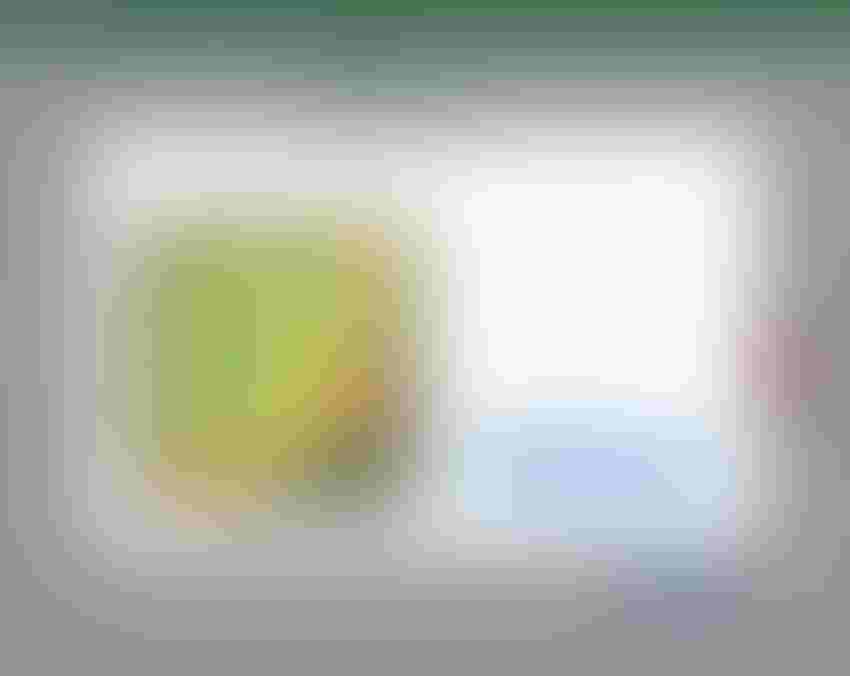 Despite his work to build a successful variable-rate nitrogen program on his farm over the past five years, Corey Holmes was in for some surprises in 2015 from a new online nitrogen tool that sometimes seemed to know his farms better than he did.

Holmes has prescription-applied nitrogen based on soil organic matter and soil types since 2010. That practice followed a wet 2009 that convinced him he had to make some changes.

“Weather patterns keep getting wilder,” says Holmes, who farms with his father, Rick, near Lincoln, Ill. “We knew we had to do something.”

He eliminated fall nitrogen applications. Instead, he shifted to a spring preplant urea program, followed by hand-calculated variable-rate sidedress applications of anhydrous ammonia on the operations’ mostly continuous corn operation.

A “binge of studies” over two years showed an average yield increase from variable-rate nitrogen applications of 15 bushels/acre, even as total nitrogen use dropped 10 percent. As he continued to refine his system, Holmes was curious about what new tools could teach him – and whether it would add more bushels to the bin.

“We think we know our farms, so it is tough to believe in a computer telling you what is going to happen on the ground, especially when it’s different than what you think,” he says.

“I was surprised at times,” he says.

The FarmLogs tool showed that some of Holmes’ farms, which have soils ranging from gumbo to sand to Class A, were more variable than he thought, and others less so. This resulted in nitrogen prescriptions that made him uncomfortable at times. “Sometimes I looked at the computer-generated prescriptions and said, ‘no way is it right.’ But it was.”

Early season rainfall put the tool to a tough test. It also highlighted the advantages of continuous updating of a crop’s nitrogen status based on growth stage and weather conditions.

After he applied 60 percent of needed urea nitrogen just before planting, Holmes used the tool to develop variable-rate prescriptions just prior to sidedressing with anhydrous ammonia beginning in May. Prescriptions were uploaded to tractors from his smartphone via JDLink.

“What makes this nice is that it keeps track of weather, so you know what is happening to nitrogen prior to side-dressing and throughout the growing season,” he says. “A big thing for us was going from hand-writing prescriptions to getting prescriptions with a push of the button.”

Another feature of the tool – automated warnings that nitrogen would fall short – also came into play on some fields following 20 inches of rain in June. Holmes eventually opted to fly on rescue urea nitrogen on several fields in late July.

The variable-rate nitrogen tool is part of FarmLogs Advantage, a $2,499/year subscription service that includes nitrogen and crop health monitoring and automated field activity recording. Optional variable-rate prescriptions for nitrogen and seeding are priced at $8.50/acre.

“The payback will be easy to hit, based on cost of inputs and yield potential,” says Jesse Vollmar, FarmLogs CEO. “We feel confident that in years like 2015, when you have variability in your soils and when nitrogen is limiting for the crop, we are talking about $75/acre easily.”

Both variable-rate tools are based on geostatistical analysis of 5-meter satellite imagery. That includes imagery of bare soils, which Vollmar says can detect soil types and organic matter, plus six years of in-season crop performance, to identify management zones. Virtually all fields in the Corn Belt, as well as other areas, have been analyzed, says Vollmar.

“We [FarmLogs] have come up with a new approach to identifying the unique performance characteristics at a high resolution,” he says. “That gives us a solid foundation for variable-rate seeding and nitrogen.”

The tools use crop models developed by university scientists to emulate crop growth and nitrogen disposition based on weather conditions. “As mineralization takes place, we account for it,” he says. “That is a game changer. You want to control input costs, but not cut the crop short. Now we can automate the process and update the information for every field every day.”

Holmes plans to expand use of the FarmLogs nitrogen prescription tool on up to half of acres in 2016, up from about 5 percent in 2015. He also plans to leave more test strips to validate the tool’s performance.

“We are going to test my version versus FarmLogs,” he says. “I also think we are going to believe in the FarmLogs recommendations more than we did in 2015.”