The answer to the question of whether to plant into dry soil is that it is a tossup, but the later in the season it gets, the more reluctant most people are to wait. 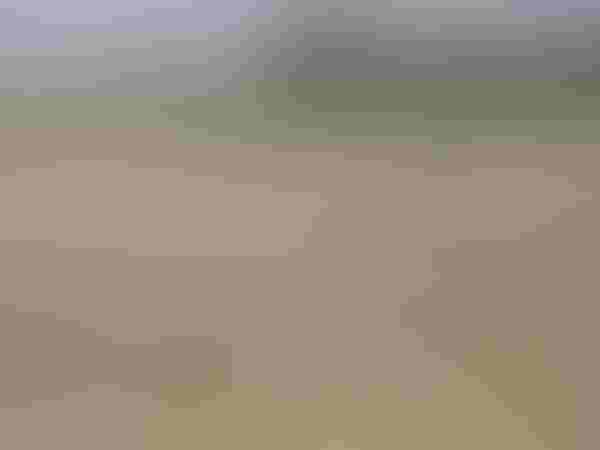 University of Illinois crop sciences professor Emerson Nafziger was recently asked whether it is a good idea to plant soybeans into dry soil.

“It’s a fairly common question, especially with soybeans, because they’re more likely to be planted late, when soils are dry, and also because soybeans need to take on more water to germinate than corn seed does,” he said. Soybean seed also does not draw water quite as strongly as corn seed does.

“We know that it’s a little risky to plant soybeans deep — let’s say deeper than 2 in. — because heavy rain might seal them in before they can emerge,” he continued. “Seed treatments have helped emergence ability, and with the weather pattern such as we have been having, there doesn’t seem to be much risk of heavy rain. With warm soils and the weather staying dry, there isn’t much risk to soybean seed planted 2 to 2.5 in. deep.”

“In such cases, it might be better to just plant at normal depth and wait for rain to bring them up, or wait to plant until after it rains,” said Nafziger.

The question of whether soybeans should be planted at normal depth into soil that is too dry to allow germination even if they are planted deeper, meaning that they will have to wait for rain before they can germinate, is a different, but also recurring, question. “It’s almost always better for soybeans to emerge with little or no rain between planting and emergence, both from a disease standpoint and from the standpoint of crust formation,” said Nafziger.

“If it rains an inch or so after planting into dry soils, and we don’t have crust-forming conditions, emergence should be OK,” Nafziger said. “On the other hand, if it rains 3 in. after planting, then we often will have to replant, in which case having waited to plant looks better.”

Finally, the answer to the question of whether to plant into dry soil is that it is a tossup, but the later in the season it gets, the more reluctant most people are to wait.