Although the federal label has been revoked, North Dakota asserts its state registrations still stand. 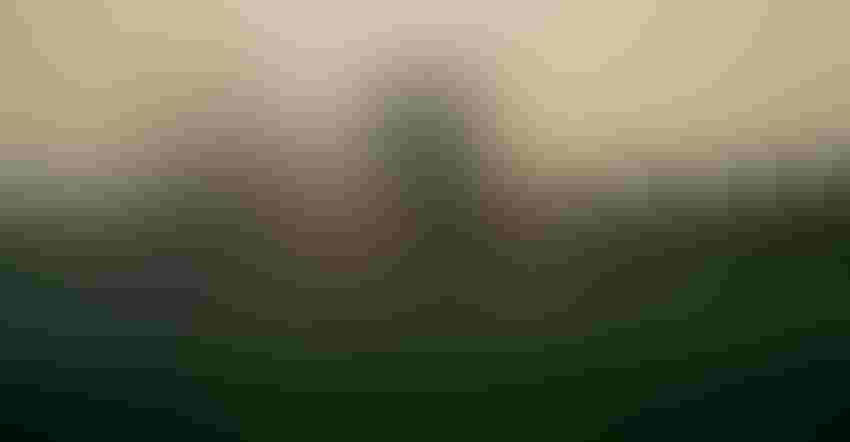 SPRAY OK: Herbicide is applied early in the morning. North Dakota’s agriculture commissioner has announced that dicamba herbicide can now be used in the state. Lon Tonneson

Update: NDDA has issued an update to its position on dicamba use in North Dakota. According to agriculture commissioner Doug Goehring: “The recent unprecedented court decision to vacate the registrations of Xtendimax, FeXapan and Engenia has struck a crushing blow to farmers across the country. While the court’s decision affected the federal registration of these products, it made no mention of state registrations,.

“At this time, the EPA has not directed the state to cancel its state registrations of Xtendimax, FeXapan and Engenia. NDDA does not enforce violations of the federal registrations of these three products. We’re going to take whatever actions we can as a state to give our farmers an opportunity to manage their fields and utilize the product that is out there.”

Dicamba can be used in North Dakota under a state registration, according to Doug Goehring, North Dakota agriculture commissioner.

The state has a 24c Special Local Needs label for Xtendimax, FeXapan and Engenia for use in over-the-top applications on dicamba-tolerant soybeans. It allows applications of dicamba on soybeans through June 30 or beginning bloom (R1 growth phase), whichever comes first.

The announcement comes in response to a June 3 ruling by the United States Court of Appeals for the 9th Circuit that banned the registrations of those three dicamba products.

“While the court’s decision affected the federal registration of the products, it made no mention of state registrations,” Goehring said in statement released by his office. “We have not received formal notification revoking these three products. Until directed otherwise, the department is standing by our state registrations of these products and recognizing them as legal for sale and use in North Dakota.”

Goehring said the state is going to take “whatever actions we can … to give our farmers an opportunity to manage their fields and utilize the product that is out there.”

Monitor developments closely as the registration status of the products is subject to change, Goehring said.