A small test at Penn State provides answers, but with plenty of caveats. 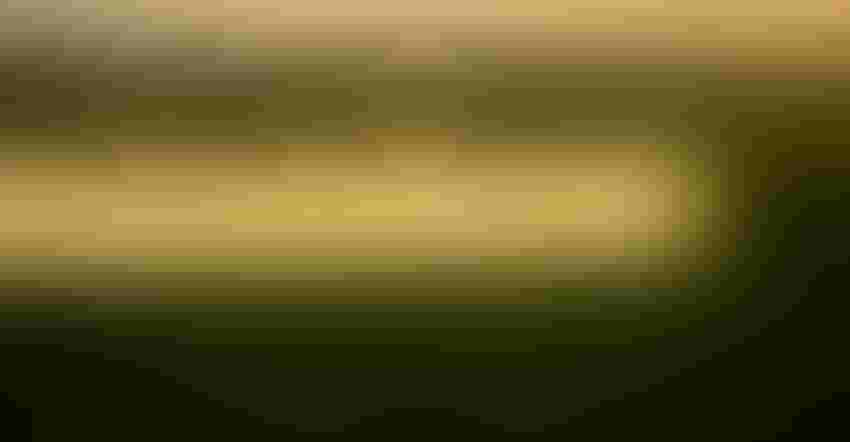 RIGHT COMBO: There are many options beyond glyphosate, but those options come with lots of caveats, so do your research.Leonid Eremeychuk/Getty Images

If you’re waiting until spring to get your glyphosate for the coming growing season, Dwight Lingenfelter, Extension weed scientist at Penn State, thinks you should be in luck.

“From what I’m gathering … it doesn’t seem to be as grim as we were talking about last year, so we hope that holds true,” he said during a recent crops conference in Grantville, Pa.

Still, as 2022 showed, anything can happen, so it’s better to be ready with a backup plan in case supplies of Roundup, or other beneficial herbicides, dry up.

Lingenfelter spent part of the past growing season testing alternative herbicide combos that didn’t have glyphosate, or had lower amounts of glyphosate in them. It wasn’t a replicated trial that he hopes to get published, but rather a basic test of how different herbicide combinations did under what he describes as “the worst-case” conditions: small strips of fallow ground with no other crops growing and no other cultural practices.

In the burndown, dozens of plots at the Penn State research farms in Rock Springs and Landisville were sprayed on April 30. Weeds such as marestail, mouse-ear chickweeds, dandelions, annual bluegrass and broadleaf plantains had already emerged. Spray volumes were 15 gallons an acre with MSO and AMS adjuvants added.

What did Lingenfelter find? Here’s some results that you might want to keep handy:

The trio of paraquat (Gramoxone SL) with 2,4-D and metribuzin (or atrazine for corn only) provided the best non-glyphosate control for cereal rye burndown, Lingenfelter said. It also provided adequate control for marestail shorter than 6 inches. But it provided little perennial weed control, and almost no control of tall marestail or annual ryegrass. Also, keep in mind that special training is required when using paraquat.

Basis Blend with metribuzin, Sharpen and 2,4-D provided good foliar and residual marestail control, and good initial control of waterhemp. It provided a burndown and some residual in one pass. But he recommends applying 0.825-2.5 ounces an acre in corn, or 0.825 ounces in soybeans at least 15 days before planting. There is also a risk of corn injury under cool, wet conditions, especially when using 2.5 ounces near corn at planting time.

The combination of Acuron and atrazine, which can only be used in corn, provided good control of winter and summer annuals, and you can add more atrazine or 2,4-D in the mix. But it doesn’t provide much control for cereal rye or ryegrass, so paraquat could also be included to enhance burndown control.

Sharpen with a lower rate of glyphosate (1/2X to 2/3X rate per acre) and 2,4-D provided good burndown of cereal rye and other cover crops, as well as good control of marestail and fair control of other weeds because of the lower glyphosate rate. But it didn’t do as well as on large weeds.

In a short note written after his presentation, Lingenfelter wrote that corn programs that included a group 2 herbicide (Resolve Q, Accent Q, Steadfast Q), an HPPD inhibitor (Impact, Capreno, Shieldex) and atrazine were most consistent. Adding dicamba or Status also improved broadleaf control. The inclusion of Liberty can also broaden the control spectrum.

For soybeans, “old-school” programs that included Pursuit (or Raptor) seemed to provide the most consistent control. But tank-mixing was needed for better control of broadleaf weeds, he wrote, adding that Liberty could also improve control. When Reflex or Cobra were added, though, it antagonized grass activity of Pursuit.

Programs that include traditional group 2 herbicides such as Classic or Synchrony XP can provide control of many annual broadleaves, he wrote, but caution must be taken when using higher rates for more consistent control. These would have a better fit in an STS soybean system. Also, to get grass control, include clethodim or Assure II, he wrote.

For Enlist E3 varieties, Lingenfelter wrote that Liberty, plus Enlist One, can provide adequate control of annual grasses and broadleaf weeds, but if the grass population is heavy, other herbicides might have to be added. However, keep in mind that graminicides like clethodim will be antagonized by Enlist One, causing poor grass control.

“In most situations, it is always best to use two-pass programs that include both effective residual herbicides at planting followed by post herbicide later in the season,” Lingenfelter wrote.

Once you remove glyphosate from your preemergence program, Lingenfelter said the most likely effect you’ll see is in grass control.

Gramoxone and rimsulfuron (sold as Basis Blend and Resolve) are the best alternatives to control certain grasses in burndown programs. Using clethodim or Assure II, both group 1 herbicides, in a burndown program has its challenges. Both of these herbicides are not as effective in cooler weather; they perform best when the daytime temperature exceeds 60 degrees.

Also, when tank-mixing with 2,4-D or dicamba, they can be antagonized, so grass control will be hindered. If using clethodim, the use rate of 3 fluid ounces at least six days before corn planting will not be high enough to provide effective weedy grass control.

However, in soybeans, either of these products could be used at higher rates, and it is best to use standard flat fan nozzles for better coverage and higher spray volumes with these products.

Lingenfelter said that any combination for burndown should have two to three herbicides, and use the highest rates possible with the necessary adjuvants in the spray mixture.

Many alternatives may have planting restrictions, so keep that in mind or you will have to delay planting. And if you’re planning on using Liberty as a burndown, Lingenfelter said it’s possible, but it isn’t as good in early spring.

“You can use it and include it, but don’t get your hopes high with cover crop burndown or weed control in general,” he said.