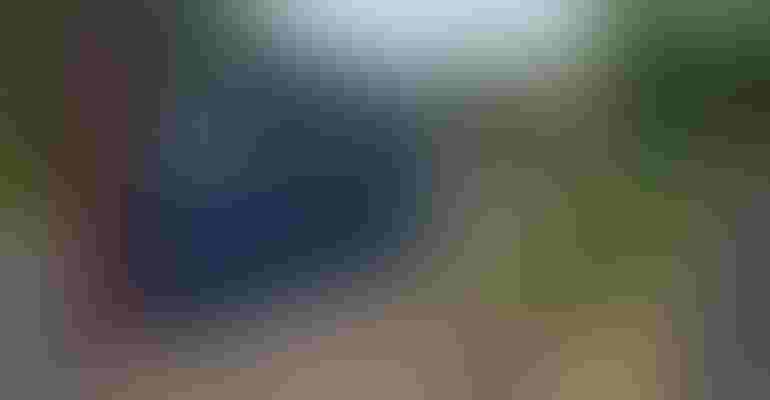 By Jef Feeley and Tim Bross

Bayer AG and rival BASF SE must pay $15 million to a farmer who blamed the companies’ dicamba herbicide for mutilating his peach orchards, a jury concluded in the first case to go to trial over the controversial weedkiller.

Jurors in federal court in Cape Girardeau, Mo., found Friday that Bayer and BASF were responsible for Bill Bader’s losses caused by dicamba that drifted from neighboring cotton fields over a three-year period starting in 2015. Bader, the state’s largest peach producer, had sought about $21 million in damages for years of reduced yields he blamed on the dicamba damage.

The dicamba build-up left Bader’s trees “in terrible shape,” the farmer testified during the three-week trial. Bader refused to use dicamba on any crops grown on his 1,000-acre southeastern Missouri farm. Monsanto was acquired by Bayer in 2018.

In the verdict, jurors said they concluded the case may warrant punitive damages. On Saturday, Feb. 15, the jury added $250 million in punitive damages to the judgment, bringing the total award to $265 million for this case.

The verdict is the latest litigation hit for Bayer, which is seeking to settle thousands of lawsuits claiming exposure to its Roundup weedkiller causes cancer. The company faces more than 140 dicamba suits, with farmers from Arkansas to Illinois seeking compensation for ruined crops including corn, cotton and soybeans.

Monsanto has been fighting lawsuits across the U.S. Midwest since 2015, when farmers alleged its dicamba-based herbicide, now known as XtendiMax, vaporized and drifted onto nearby fields, damaging crops that weren’t designed to be resistant to the weed killer. BASF makes its own dicamba-based herbicide for use on its genetically modified seeds.

The companies say the problems were created when farmers applied the chemical incorrectly, and that dicamba’s current formulations won’t drift if proper procedures are followed.

In Bader’s case, the peach farmer said neighbors planted dicamba-resistant cotton engineered by [Bayer] and sprayed it with the older, easy-drift version of the weedkiller. The herbicide enveloped his peach orchards, curling leaves and killing trees.

He tried to get Monsanto to inspect his damaged trees, but was told by a company representative that it didn’t have the manpower to make it out to his farm. “He made it clear they weren’t going to do a durn thing about it,” Bader told jurors.

The companies’ lawyers presented statistical evidence showing that Bader’s peach yields had begun to fall prior to 2015. They cited weather events, such as hail storms and late freezes, as the cause for declining peach production.

“We are disappointed with the jury’s verdict. While we have empathy for Mr. Bader, Monsanto’s products were not responsible for the losses sought in this lawsuit and we look forward to appealing the decision.

Despite the verdict, Bayer stands behind Xtend seed and XtendiMax herbicide products, which enjoy a 95% weed-control satisfaction rate from the farmers who use them. We want our customers to know that, as this legal matter continues, we remain steadfast in our commitment to delivering them the effective and sustainable tools they need in the field.”

BASF is surprised by the jury’s decision in the Bader case and disagrees with the verdict. The company will use all legal remedies available and will appeal the decision.

Dicamba is a broad-spectrum active ingredient herbicide, first marketed 50 years ago and is registered for use in more than 70 countries. Dicamba is an important tool for farmers who are increasingly battling resistant weeds.

BASF strictly adheres to the global, regional and local regulations. The company is firmly committed to stewardship and sustainability. BASF is convinced of the safety of its products when they are used correctly following the label instructions and stewardship guidelines. In 2019, for example, more than 75,000 applicators have taken dicamba herbicide spray application training, of which BASF trained approximately 26,000.