Dicamba herbicides have made “temperature inversion” a household term. 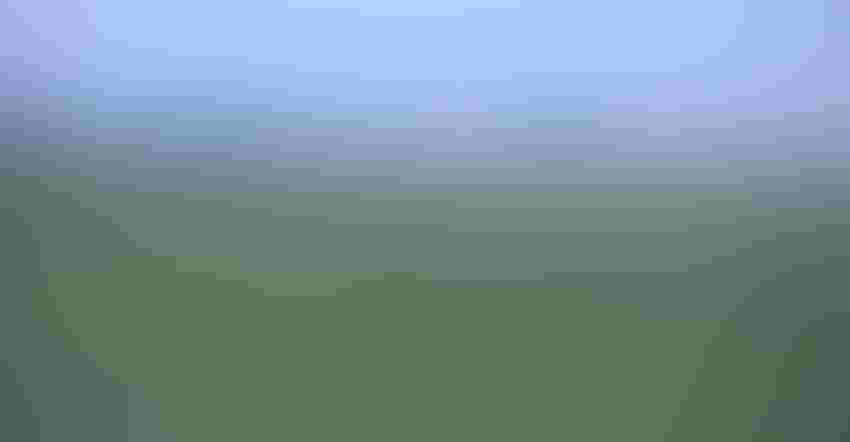 PARK THE SPRAYER: When you see what resembles fog rolling in, your best bet is to park your sprayer, no matter what you’re spraying.

The new dicamba herbicides for dicamba-tolerant soybeans did for the phrase “temperature inversion” what the 1983 drought did for another weather term, “El Niño.” Both have become household phrases in farm country.

When the late Jim Newman, then a Purdue University Extension agronomist and climatologist, explained the El Niño-La Niña cycle so people could understand why there was a midseason Corn Belt drought in 1983, he was one of the first to use that terminology in farm magazines. Several Farm Progress magazines carried his comments. Today, weather people everywhere talk about El Niño and La Niña. Most people know they’re weather phenomena that can result in either wet or dry periods. Either way, long-term weather effects occur, and crop prices can see rallies. Whether there’s an actual impact on crop yields depends upon whether the forecasts are accurate, and the strength of the El Niño or La Niña event.

Temperature inversion
You seldom saw the term “temperature inversion” in a farm magazine until 2017. The only other time it might have appeared was during a freakish late June freeze that took out some corn in Indiana and eastern Illinois in the early 1990s. An inversion helped hold cooler air closer to the surface one night to produce a much later frost and freeze than anyone expected.

What is a temperature inversion? Brian Denning, an agronomist with Stewart Seeds, explained it to farmers at meetings recently. He also referred to information in the 2018 Stewart Seeds Agronomy in Motion research summary.

Data compiled by Monsanto for publication in the Stewart Seeds summary indicates that in June 2017, based on weather records, the odds for a temperature inversion at 6 p.m. CDT or 7 p.m. EDT were very low. By 9 p.m. CDT or 10 p.m. EDT, odds were much higher. They remained higher over much of the Midwest until 7 a.m. CDT or 8 a.m. EDT the next morning. That explains why spraying the new dicamba products between sunset and sunrise is prohibited.