Think DifferentEvery time you spray, you can create an environment to select for weed resistance if: a poor spray pattern occurs, you get reduced rates, or you haven&#39;t calibrated and you don&#39;t get 100 percent control. Relying on a controller is dangerous.Think about this scenario:&nbsp; You start spraying with a 10 to 12 mph wind in the morning and it shifts to 15 by noon and is up to 18 by evening. Do you finish what you&#39;re doing, or do you quit? The temptation is high to keep going or even speed up to beat the weather, especially under conditions like in 2015 when it seemed like it rained every fourth day. But, to hurry is to damage the droplet size and pattern which results in reduced efficacy as well as drift. 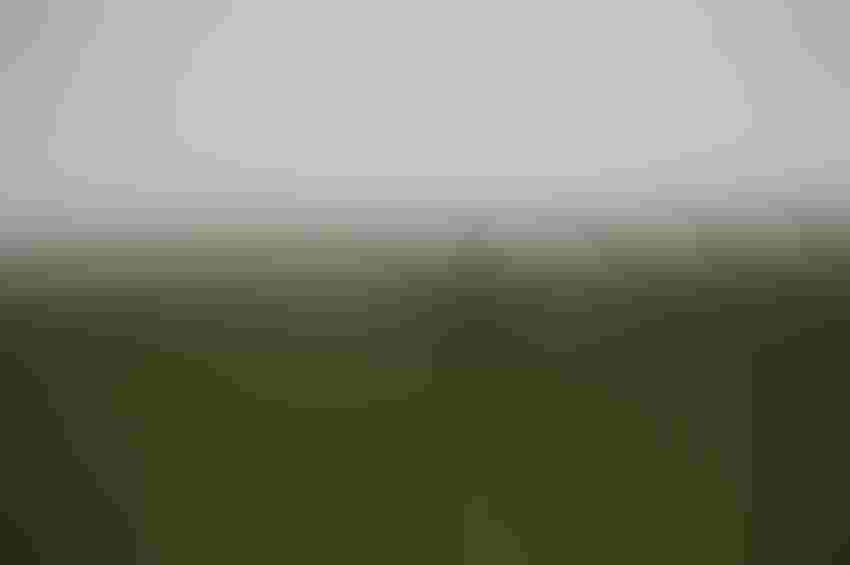 Herbicide application accuracy and efficacy is easy. All you have to do is follow the rules of right tip, right pressure, right speed, right rate and right application conditions. Fail on any one rule and you may face a costly re-spray or even lose control for the season. Crop protection application consultant Bob Wolf suggests it could also speed selection for herbicide-resistant biotypes.

"A major concern with misapplication is drift control," says Wolf. "However, I'm concerned that if misapplication reduces weed kill, it may influence herbicide-resistance development."

Wolf's suggestion makes sense to Patrick Tranel, professor, Crop Sciences, University of Illinois. Tranel specializes in molecular causes of resistance and is exploring the impact of metabolic resistance, where enzymes rapidly metabolize the invading herbicide. This is in addition to well-recognized target site resistance, and it may allow a plant to detoxify multiple herbicides. While Tranel suggests that intentional applications of low rates play the overwhelming role in exposing plants to sub lethal rates, misapplication of recommended rates can have a similar effect.

"Anything that results in some weeds not receiving a full dose of the herbicide obviously is bad and could promote the evolution of resistance, particularly metabolic resistance," says Tranel.

Greg Kruger, weed science and application technology specialist, West Central Research and Extension Center, University of Nebraska-Lincoln, agrees with Wolf's concern. "Resistance doesn't develop with dead weeds," he says. " If by creating a poor pattern, you get reduced rates, or if you haven't calibrated and you don't get 100 percent control, you create an environment to select for resistance."

Brian Carlson, Le Roy, Ill., pays a lot of attention to getting the right rate and the right pattern down on his fields. However, he is quick to admit that's not easy, given the vagaries of weather, in particular wind speed.

"You start spraying with a 10 to 12 mile per hour wind in the morning and it shifts to 15 by noon and is up to 18 by evening," says Carlson. "Do you finish what you're doing, or do you quit?"

With multiple trips across 2,200 acres each season applying herbicides, liquid fertilizers, fungicides and insecticides, Carlson knows what he is likely to do. Weather conditions, like in 2015 when it rained every fourth day, simply add to the pressure.

Wolf, formerly an ag engineer at Kansas State University, understands the temptation to keep going or even speed up to beat the weather. He also knows how damaging that can be to droplet size and pattern and resulting efficacy as well as drift. Wolf notes that increased attention to drift and droplet size by regulators and manufacturers ups the ante. At the same time, rapidly evolving technology and a shift to higher pressure nozzles are meant to enhance efficacy and reduce drift, but may be a challenge for professional applicators, as well as those like Carlson who self-apply.

Too much reliance on controllers

Kruger warns that technology can be helpful, but it can also mislead the operator. He points to new controllers that monitor and set off an alarm if a nozzle is plugged. However, poor patterns do not set off an alarm, yet a 110-degree nozzle producing an 85-degree pattern will create streaks in the field.

Wolf notes that over-reliance on controllers themselves can be a problem. As an expert witness in drift claims and a frequent instructor with BASF's On Target Application Academy, Wolf finds too many in the industry ill equipped for the challenge. He describes the lack of understanding of proper application and application technology among ag retailers and farmer and professional applicators alike as "appalling."  That said, Wolf still indicates that there are many who are willing to learn what it will take to meet the challenge – controling hard to kill and resistant weeds.

"Many people involved in application don't have a complete understanding of the relationship of droplet size to pressure, ground speed and gallons per acre," explains Wolf. "Sprayers equipped with rate controllers set for a desired rate adjust for pressure as speed fluctuates. But what happens if speed fluctuations get out of hand either faster or slower?"

He describes a sprayer programmed and calibrated for 12 mph ground speed and 40-psi pressure for a given rate. "Increase speed to 15 mph, and pressure has to increase from 40 to 60 psi," says Wolf. "If you don't change tips, that can impact droplet size and increase the potential for drift. Reduce speed by 3 miles per hour, and pressure will drop to maintain rate. Pattern quality will get poor, coverage gets out of whack, droplet size gets extremely big affecting control or nozzles simply shut down leaving streaks."

Wolf warns that product labels for the new-generation dicamba and 2,4-D products are expected to be increasingly droplet specific with a required nozzle type that will influence the pressure and speed that applicators may be able to use. Fail on any of those parameters, and the applicator is off label and off target, all recorded with as-applied maps for later review should problems develop.

Misapplication concerns increase with drift-reducing nozzles, such as air induction/venturi types, which come with a range of recommended pressures needed to maintain a pattern with various droplet sizes. Kruger notes that manufacturers define the range by spraying with water, and some nozzles can have huge pressure ranges, from 15 to 120 psi.

"When we add product, drift retardants and more, we alter the pattern," he says. "Get too low and you lose the pattern. Get too high and you encourage drift."

While Kruger sees manufacturer recommendations for pressure needed for a particular droplet size as helpful, he advises reducing the range for safety's sake. On nozzles with a wide range, he advises staying 10 to 20 psi above the minimum and below the maximum suggested pressures.

Tim Stuenkel, global marketing communications manager, TeeJet Technologies, acknowledges the trend toward higher pressure, greater range nozzles and a parallel emphasis on droplet size with coarser droplets to reduce drift potential. While awareness of the importance of maintaining pattern and droplet size is growing, he admits it is not where he would like it to be.

"People got complacent and desensitized to picking nozzles for droplet size in a Roundup world," he says. "People think automatic rate controllers calibrate themselves, but we have to have tip by tip calibration, visually checking that all are flowing evenly with proper pattern. If a tip wears out, the rate controller alone doesn't know that."

Stuenkel points to his company's Sentry 6140 system with individual turbine style flow monitors that can detect even a percentage tip blockage. TeeJet's DynaJet Flex 7120 nozzle control system and pulse-width modulation technology, brought to market more than 20 years ago by Capstan Ag Systems, can eliminate droplet guesswork. Their nozzle sensors monitor and work with controllers to maintain droplet size. Wolf notes that adoption of these technologies is still limited. However, growing concerns over drift may drive growth.

Carlson became a believer after trying a DynaJet system and has used one in his Hagie sprayer for the past two seasons. "With it controlling pressure and droplet size, I can slow down going into corners and around obstructions without losing pattern," he says. "It really helps to widen the speed envelope without having to change nozzles throughout the day."

While adapting that newer technology, Carlson reverted on nozzle technology, going from air induction nozzles back to regular Turbo TeeJets. He lets the solenoids take care of pressure and pattern at the low end while maintaining a good pattern at higher pressures. The control is equally appreciated whether applying herbicides, fungicides or 32 percent nitrogen. He reports varying 32 percent rates from 10 to 25 gallons per acre with the same tips and applying as much as 50 gallons per acre without a problem. He simply varies the droplet size from extra coarse on down, setting it according to conditions, such as wind, and product.

Carlson speaks from experience about the impact of such control on drift. "I pulled into a field and started spraying alongside a neighboring field, forgetting for the first 100 feet to switch to an extra-coarse droplet size," he recalls. "Later I could see drift right to where I hit the button. When we get dicamba beans, I know it will give me the added security I need to prevent drift."