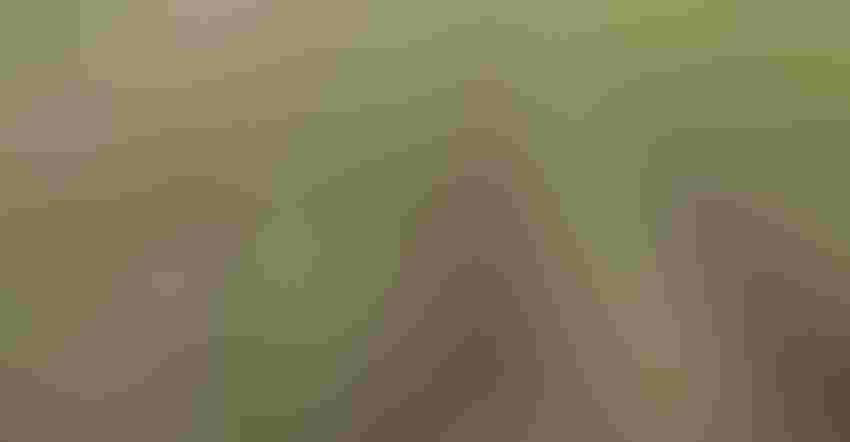 IS RESCUE N NEEDED? Planting into cover can cause problems with nitrogen loss. With excessive rainfall creating delays in burndown, some cover crops may have used up nitrogen applications. Farmers need to check on the nitrogen needs of their corn crop this year.

2017 is shaping up to be a year of nitrogen loss for those who planted into residue-laden fields. Excessive rainfall kept growers out of fields — and in some cases, delayed burndown of cover crops. Biomass growth actually increased in fields, causing problems, as residue can tie up nitrogen fertilizer.

Farmers who rely on surface-applied nitrogen may have difficulty if they apply it to fields with high surface residue, says John Lory, University of Missouri Extension nutrient management specialist.

This is especially true for UAN solution, Lory says. Residue can temporarily tie up nitrogen fertilizer because it is taken up by microorganisms decomposing the residue.

"This is particularly a problem with liquid nitrogen applied on top of the residue," says Lory.

More farmers are planting cover crops, so they are planting more corn into residue. Cereal rye is a popular cover crop because it grows well, is inexpensive and reduces soil erosion. "Farmers can plan ahead for this problem by injecting nitrogen into soil, either liquid or anhydrous ammonia," Lory says. "This avoids contact and tie-up by the residue."

The next best option is dry fertilizer, where the prills may fall through the residue to the soil surface, he says.

What research shows
MU Extension nutrient management specialist Peter Scharf's research shows that rye can reduce N availability to corn even when the N is injected. This is likely due to rye uptake of soil N that otherwise would have been available to the corn. It is most pronounced if the N rate is below what it needs to be. This is one reason why early termination of rye before planting corn is a good idea.

"The good news is that corn is very resilient when it comes to nitrogen management," Scharf says. "There is time to apply nitrogen to stressed corn. University of Missouri research shows that early N deficiencies can be overcome by applying more N. You are likely to get full yield if you apply nitrogen by the time the corn is chest-high, and rescue applications are economically beneficial in terms of yield response until tasseling."

Too much rain
Excess rain stopped some growers from getting into fields to burn down cereal rye cover crops this year. Cereal rye headed out and biomass increased.

Scharf's rule of thumb: Nitrogen loss occurs when 12 or more inches of rain fall on poorly drained soils in May and June. Well-drained soils face loss at 16 inches for the period of April through June. Much of the state is on target to reach that mark, with some of southern Missouri already past it, he says. More rainfall may cause nitrogen to leach below the root zone in well-drained soils. May's cool weather has kept denitrification down.

Scharf reports excess rainfall and serious N deficiencies in parts of Missouri in 2008-11, 2013 and 2015. Deficiencies caused yield loss. He adds that 2017 is shaping up to be another one of those years.