After three dicamba products' registrations were vacated on June 3 by the United States Court of Appeals for the Ninth Circuit, the decision left many with more questions than answers. 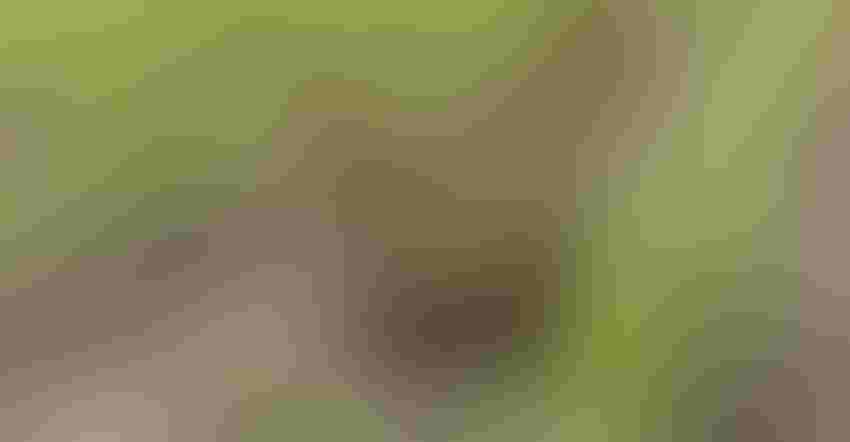 Weeds wilting and dying after dicamba herbicide spraying.iStock/Getty Images Plus

Three dicamba products' registrations were vacated on June 3 by the United States Court of Appeals for the Ninth Circuit, a decision that has left more questions than answers for many who use these common herbicides designed to kill broadleaf weeds, especially those that have developed glyphosate resistance.

"The court's decision and mandate were both issued on June 3, so the primary holding of the court's June 3 decision, which was that the 2018 registrations violated FIFRA because EPA failed to show the products do not significantly increase the risk of any unreasonable adverse effect on the environment, had immediate legal effect," said Brigit Rollins, staff attorney at the National Agricultural Law Center.

"To get to that holding, the court focused its argument on FIFRA, and the court did not consider the ESA (Endangered Species Act) arguments in its decision. The ultimate result of that June 3 decision has been to vacate the 2018 registrations for XtendiMax, FeXapan, and Engenia, meaning those pesticides are no longer registered under FIFRA."

FIFRA defines adverse effects on the environment as "any unreasonable risk to man or the environment, considering the economic, social, and environmental costs and benefits of the use of any pesticide."

"When we're talking about adverse effects to the environment, we're not just talking about necessarily the physical environment, but we're also looking at economic and social costs," Rollins said. "According to the court, EPA had wrongly concluded that the label amendments would not significantly increase adverse effects on the environment. The Ninth Court is saying, 'EPA, you have failed to show these registrations will not significantly increase adverse risks to the environment because, in your registration decision, you understated the three risks you did identify. Then, you completely ignored these three other risks you should have considered.'"

The court determined EPA had substantially understated the amount of acreage planted with dicamba-resistant seeds in 2018, which the court felt could indicate how much of the three pesticides could be sprayed during the growing seasons affected by the 2018 registration.

By EPA not fully stating these risks, the court said EPA could not realistically have considered whether those 2018 registrations would have adverse effects on the environment.

"Another factor of the decision was the new 40-page labels approved for XtendiMax, FeXapan, and Engenia by the 2018 registration," Rollins said. "The court said the instructions would be too difficult for someone to follow entirely, so there was a risk that the pesticides would be applied not only incorrectly, but also illegally because, under FIFRA, it is illegal to use the pesticides not according to the label."

Finally, the court said EPA failed to acknowledge the social cost of registering these pesticides. And it stated, "Dicamba has torn apart the social fabric of many farming communities." The court felt that EPA should have taken into consideration that tearing apart of the social fabric for these 2018 registrations. Because EPA failed to acknowledge any of these risks, it did not adequately consider whether the 2018 registrations would cause adverse effects on the environment.

"What have been the immediate outcomes of this decision? First, I think the most immediate and probably the one that most people are aware of is that the 2018 registrations for XtendiMax, FeXapan, and Engenia have all been vacated," Rollins said. "All three of those pesticides are no longer federally registered under FIFRA. By not being registered under FIFRA, it is immediately a violation of FIFRA to sell or distribute those unregistered pesticides, which means the ability to buy, sell, and use those pesticides during the 2020 growing season has been thrown into question."

With the decision issued on June 3, when the country is still in the middle of the growing season, many farmers had not had a chance to apply these pesticides. The timing of this decision has called into question how these pesticides can still be used during 2020.

"Before the EPA issued the cancellation order there were a lot of questions about the immediate effect of the court's decision," Rollins said. "What happens to the existing stock of XtendiMax, FeXapan, and Engenia following the decision during 2020? Can farmers still use these pesticides?

"On June 8, EPA issued a cancellation order with directions for how to handle existing stocks, which are defined as 'those stocks of the formerly registered pesticide products currently in the United States and which were packaged, labeled, and released for the shipment before the time of the court's order on June 3, 2020.'"

Farmers bought these pesticides to be used in 2020 with the expectation that the label would be valid when they used it. What does EPA's cancellation order allow and disallow for these three pesticides, which addresses the use, distribution, and sale of these pesticides?

"Much like the registrant, wholesalers and retailers are only allowed to distribute for purposes of proper disposal or to return to the registrant," Rollins said. "Also, wholesalers and retailers are not allowed to sell these pesticides. EPA's cancellation order also addresses commercial applicators by saying they can use these pesticides according to the label until July 31, 2020."

Commercial applicators can also distribute these pesticides to facilitate use by July 31, 2020.

If you are an end-user of the product, you can use the pesticides according to their labels until July 31 of this year.

"If you already have them and you want to use them according to the label, you are permitted to do so until that July date," Rollins said. "End users are also allowed to distribute for proper disposal or return to the registrant."

Questions yet to be answered

This case has raised a lot of questions.

"I think at the end of the day we're going to need to wait and see what the outcome of this case will be," Rollins said. "This situation is ongoing, and it is changing rapidly. We don't know where we're going to be a week from now in this case. However, the use of existing stocks is permitted until July 31 by applicators and farmers who were already in possession of the existing stock.

"That's good news for anyone who was planning to use those pesticides this season."