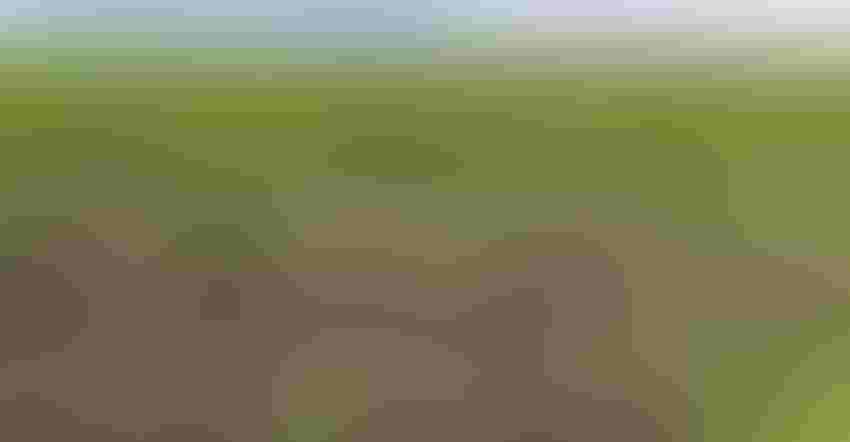 Salinas Valley lettuce exhibiting symptoms of INSV infection. The summer lettuce crop in California was significantly impacted by plant diseases caused by insect feeding and soil-borne pathogens. This led to a short supply of lettuce for U.S. markets and record-high prices.Richard Smith/UC

Salinas Valley lettuce growers are tallying their losses from a set of plant viruses that continue to increase in frequency and intensity across the region.

“It was a disaster as we wrapped up the year,” said Salinas Valley lettuce grower Mark Pisoni. “I’ve seen 20-acre fields without a single head of lettuce harvested.”

As knowledge of the widespread outbreak spread, lettuce growers in the low desert of southern California and southwest Arizona planted lettuce earlier than normal. Some of those lettuce crops are being harvested this week as growers try to capture record-high lettuce prices. The U.S. Department of Agriculture reports iceberg prices above $90 per box, with romaine prices trailing that by a few dollars per box.

Laboratory tests of lettuce plants point to Impatiens necrotic spot virus (INSV) and Pythium wilt, according to Steven Koike, director, TriCal Diagnostics in Hollister, Calif. Koike admits that disease diagnosis can be confusing in that the symptoms resemble each other. This can make it difficult to determine the primary cause of death for the lettuce plant.

The two pathogens largely responsible for the lettuce deaths happen independently, but one may encourage the other. Mary Zischke, facilitator for the INSV and Pythium task force with the Grower Shipper Association in Salinas, said INSV seems to be the trigger Pythium wilt as plant stress increases.

INSV is an insect-vectored issue brought on by Western Flower Thrips, according to John Palumbo, entomologist with the University of Arizona. This insect has a wide host range that includes agricultural commodities and weeds. This can make insect control difficult. Pythium wilt is caused by soilborne pathogens, but with the same result and plant symptoms. Thrips populations are troublesome in the Salinas Valley. They are also problematic in the low desert of Arizona and California, Palumbo said.

Zischke said the Grower Shipper Association continues to track disease presence, which they tend to see throughout the summer growing season.

Zischke said the grower shipper association is working to gather information for the Monterey County Agricultural Commissioner’s office, which compiles data on crop production for its annual crop and livestock report. The numbers from this summer’s INSV outbreak should be reflected in the annual crop report when it is released next year.

It’s still too early to tell the extent of crop losses, Zischke said. She told the ag commissioner’s office that of the 20% of lettuce acreage in the Salinas Valley thought to be impacted by INSV this year, about one-third of that was lost from the crop disease. Regardless of the cause of the disease, lettuce with disease symptoms like this never makes it to market.

The disease pressure leading to these symptoms is nothing new for Salinas Valley lettuce farmers. They’ve dealt with INSV and soilborne disease pressures for years. Koike said INSV was first identified in 2006 in the Salinas Valley. Its cause was unknown at first, suggesting it may have existed before then. After that discovery, researchers pinned the cause on Western Flower Thrips, an insect with a wide host range that can move back and forth from off-farm weed populations to on-farm crops, including produce and alfalfa.

“We know that alfalfa is a magnate for thrips,” Palumbo said.

Consumers are seeing the impacts of high lettuce prices, which Zischke says could last until early December when the desert lettuce harvest begins to fill the marketplace. Some desert growers were already starting to harvest lettuce in early November to help meet market demand.

USDA reports show iceberg and romaine lettuce to be in high demand. This has iceberg prices in early November above $90 per box, with romaine prices trailing by a few dollars. This is reflected in lettuce prices at the store for products that are still available.

Joe Castaneda, owner of the Dog Haus, a Yuma, Ariz. restaurant, said on Nov. 7 that he was still able to source lettuce from California, but would not know until mid-week if he could resupply. His last price for lettuce was $73.25 per box.

Anecdotal reports showed some restaurants unable to buy lettuce, notifying customers of this as they order hamburgers and other items that commonly come with lettuce.