The Yuma Center of Excellence for Desert Agriculture is studying the malady in a field donated by a grower. 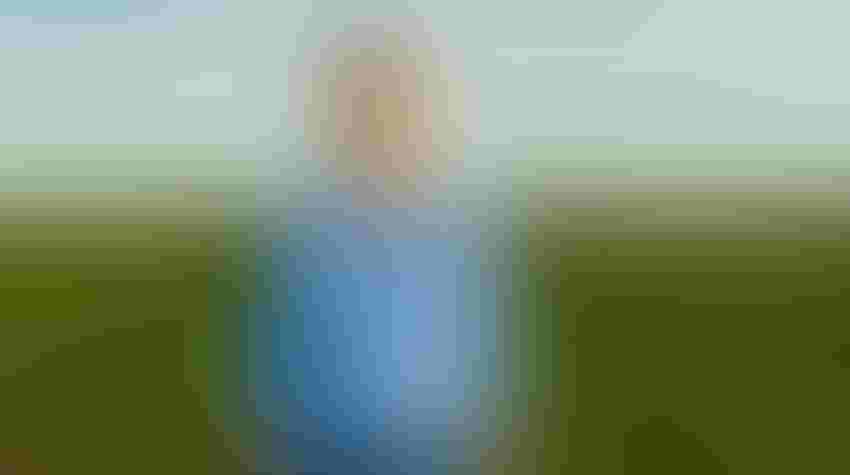 Desert region lettuce growers know well the struggles related to early-season lettuce crops and the impacts of Fusarium Wilt. Growers planting winter lettuce in September can see their yields robbed significantly as the fungal pathogen enjoys the warm soil temperatures that can still be in the 90s at that time of year.

Stephanie Slinski, a plant pathologist with the Yuma Center of Excellence for Desert Agriculture, said Fusarium Wilt is "a huge problem for lettuce growers, particularly those who grow iceberg lettuce." The fungal disease is a soil-borne pathogen that infects lettuce plants. For some desert growers, the disease has been blamed for destroying half of some growers' lettuce crops.

Slinski is studying Fusarium Wilt in a Yuma field donated by a large grower because of that company's desire to help, and because the field is highly infected with the pathogen. Field trials of lettuce from various seed companies are under way as researchers look for resistant traits to the infection.

"It affects the roots when the plant is germinating and it gets into the vascular system and rots the vascular system," she said. Symptoms are easy to spot; die back and yellowing can be seen and in severe cases the entire head of lettuce rots.

"There's not a lot of varieties that are resistant," she continued, though there are some that show some early promise in her field trials.

Much of the focus is on iceberg seed varieties as romaine lettuce tends to be more resistant to the disease, she said.

Fusarium Wilt currently does not affect other produce crops, but the pathogen that leads to it is believed to remain in the soil permanently. While growers may find success planting a particular field to broccoli, for instance, rotating back to lettuce may not be wise in some cases.

Aside from the work to create resistant lettuce varieties, Slinski said studies are ongoing to test bio solarization – covering fields with plastic tarp and adding a carbon source to kill the pathogen or render it harmless.

The pathogen that causes Fusarium Wilt was first discovered in California in the 1990s, she said. It is believed that it may have arrived through infected seed. She said researchers believe that seed introduction may not be responsible for spreading the pathogen from one field to the next. Rather, it is the movement of infected soil by wind or on equipment or the boots of people entering the field.

There are no chemical or artificial means known that can rid a field of what causes Fusarium Wilt. Moreover, no products are known to treat lettuce in those fields. Therefore, she says the focus remains on finding resistant lettuce varieties.

This is important because growers are short on fields that are uninfected or have low pathogen populations.

"It's probably getting to the point now where people don't have enough fields to rotate their lettuce," she said.