The discovery of citrus yellow vein clearing disease was announced by the USDA after California officials detected it in a routine multi-pest survey. 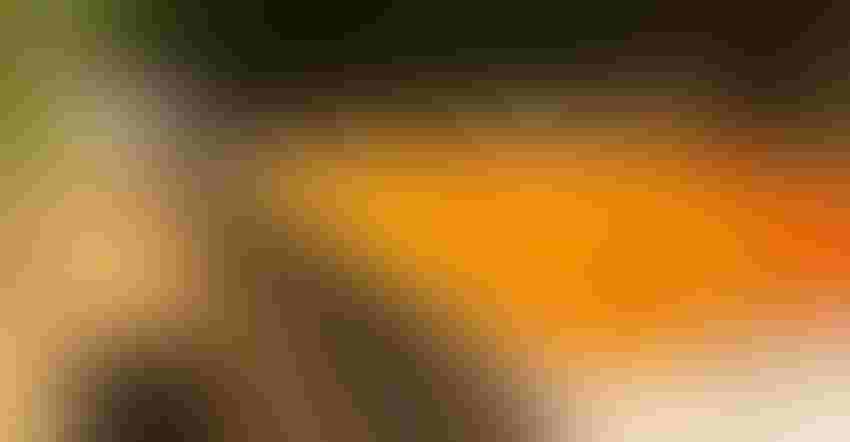 California’s multi-billion-dollar citrus industry faces a possible new threat after the discovery of a citrus virus in Tulare County. U.S. officials confirmed the find in a residential tree is the first-known introduction of citrus yellow vein clearing virus in the United States. Todd Fitchette

The recent discovery of a virus in residential citrus in Tulare, Calif., marks the first time the disease has been found in the United States.

The discovery of citrus yellow vein clearing disease was announced by the U.S. Department of Agriculture’s Animal and Plant Health Inspection Service (APHIS) after California officials detected it in a routine multi-pest survey in non-commercial trees in the City of Tulare. The California Department of Food and Agriculture (CDFA) conducts regular inspections of residential trees in the wake of Huanglongbing (HLB) being discovered in the state, and detection of the Asian citrus psyllid (ACP), the known vector of HLB, in Tulare County several years ago.

It is unknown how the new citrus disease was introduced into the United States, or how it found its way to California, according to the public affairs firm representing the California citrus industry and CDFA on the matter. What is suspected is the disease is vectored by insects, including the citrus whitefly, green citrus aphid, melon or cotton aphid, and cowpea aphid. It is also suspected that it can spread by grafting infected material. The virus is not believed to be transmitted by seed.

The CDFA and APHIS continue to be in an information-gathering stage, according to Victoria Hornbaker, director, California Citrus Pest and Disease Prevention Program. The state is conducting an intensive delimitation survey of residential and commercial properties in the core area around the detection site. Survey activities in neighboring Fresno and Kings counties will happen in the coming months to determine extent of the virus. No mention of whether these activities will include Kern County or other known citrus producing regions in the state.

Most of California’s fresh citrus is produced in the southern San Joaquin Valley, with Tulare County leading production of navel oranges in the state. U.S. agricultural officials notified Japan and Taiwan, two important citrus trading partners with California, about the discovery. Hornbaker says the countries have not expressed concern over the find.

California citrus officials deferred comment on the find to the public relations firm. She said the most concerning issue for commercial growers currently is the reduced tree vigor that citrus trees in other countries have experienced. Information from China indicates that the virus reduces yield and fruit marketability in lemons but does not typically kill citrus trees.

Growers will likely be encouraged to implement best management practices that include sanitizing harvest equipment when moving from one grove to the next. There are said to be insecticides to help control the four insects known to vector the virus.