A recent study by WSU virologists examined the diversity and origins of the virus. 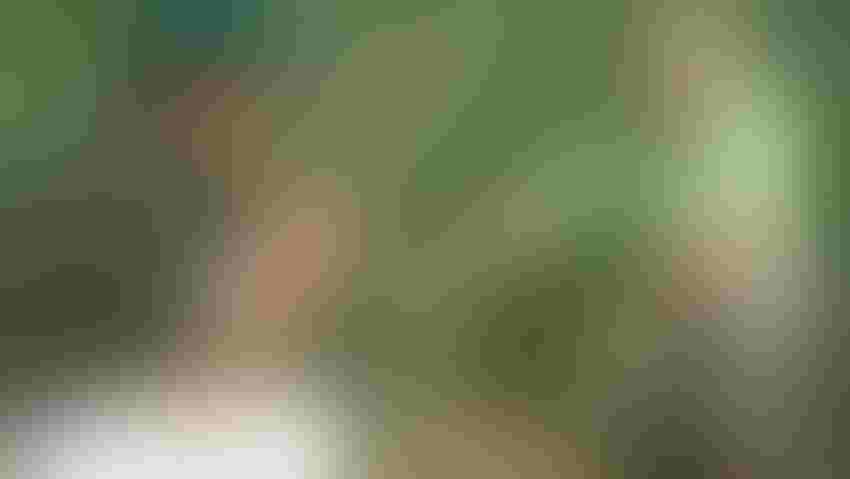 A recent study by Washington State University virologists showed that a destructive virus of onion is evolving and spreading.

Nearly 20 years ago, as a newly hired virologist at Pullman, Hanu Pappu examined onion plants collected from a field in Grant County, Wash., by fellow WSU scientists Gary Pelter and Lindsey du Toit. Pappu set out to find the cause for the plants’ sickly appearance.

“Within a matter of three years, all the major onion-growing counties in the state reported widespread occurrence of the disease, causing as much as 80% losses,” Pappu said. “Seed crops are especially vulnerable.”

Named for its original host plant, Iris yellow spot has caused significant damage to onion crops around the world. Infection weakens the seed-bearing stems, causing them to lodge, or fall over, effectively destroying the next generation of seeds. The virus also reduces photosynthetic activity, ultimately shrinking the onion bulb.

Pappu, the Chuey Endowed Chair and Samuel H. Smith Professor in WSU’s Department of Plant Pathology, has been studying and tracking Iris yellow spot virus for most of his professional career.

“The virus is spread by thrips, a serious onion insect pest,” Pappu said. “When feeding, thrips move the pathogen from infected plants to healthy ones, making virus control very challenging.”

Though the virus is known to infect onion crops since the beginning of 1990s in southern Idaho and Oregon, scientists were baffled by the sudden resurgence and rapid spread of the virus in the early 2000s.

“What caused this sudden shift in the virus dynamics that made this virus so destructive, so suddenly?” Pappu said. “It’s still an unsolved puzzle.”

Pappu and his research colleagues set out to understand the diversity of the virus, as well as its evolution and possible reasons for its global spread, using a rapid molecular test, a sort of genetic fingerprinting. They learned that Iris yellow spot exists as two distinct strains due to differences in one of its genes. Their test can quickly identify which of the strains is involved in a given outbreak.

Afsha Tabassum, a WSU doctoral student, analyzed more than 200 genetic sequences reported globally, and found that that the virus is evolving through genetic recombination and mutations. While one strain is predominant in U.S. onion crops, a different strain seems to have made a foothold in other parts of the world.

“Whether they attack people, plants, or animals, viruses continue to evolve in order to compete and survive,” Pappu said. “The variants we see in COVID-19 are good examples, as is Iris yellow spot virus.

“This study provided important insights into the speed with which this virus is evolving and spreading,” he added. “What we learned with this fingerprinting of a global collection helps improve our understanding of the emergence of severe strains that can cause more damage to crops, and to develop appropriate disease management tactics.”

The team’s research was published this fall in Frontiers in Microbiology. Co-authors include Tabassum, Pappu, WSU post-doctoral researchers Ying Zhai, Romana Iftikhar, and Cristian Olaya, as well as S.V. Ramesh, scientist with the Indian Council of Agricultural Research.