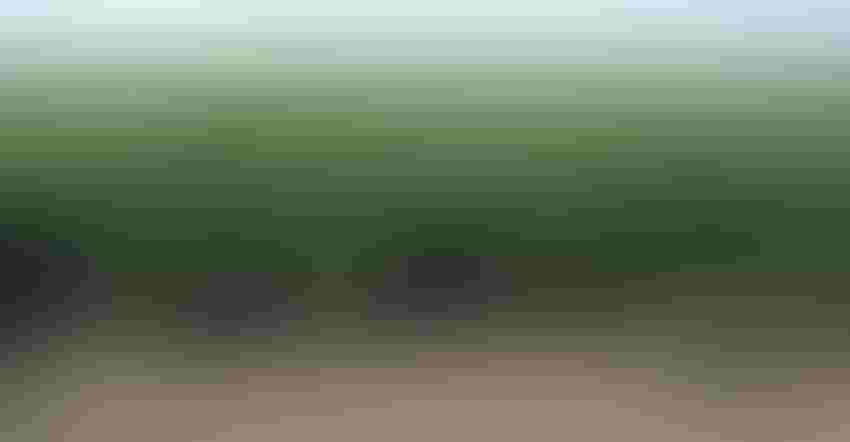 YIELD ROBBER: One of the challenges with SCN is that even at high populations that can cause yield losses of 30%, no aboveground symptoms are visible in the growing crop.Curt Arens

It’s been called the “silent yield robber,” and that is a suitable name. Soybean cyst nematode is the top yield-limiting biotic agent of soybeans in North America, with estimated losses to U.S. producers of $1.5 billion annually.

“From there, it slowly continued on west,” Nebraska Extension plant pathologist Dylan Mangel said on a recent Nebraska Extension CropWatch podcast. “Field by field, it moved throughout the counties, and it has been identified in counties making up 95% of the soybean production in the state. That doesn’t mean it is in every field. Just because it is in a lot of fields doesn’t mean all of the fields.”

SCN is a nematode that is too small to see. “It stays in the soil and waits for the soybean to grow,” Mangel said. “As soon as the soybean starts to grow, it parasitizes that soybean root, feeding on it and replicating. It is stealing that soybean yield, and you can’t see it above the ground.”

Looking at all of the diseases and pests that can strike soybeans, Mangel said that SCN is the worst. And, because we often can’t see it or even see aboveground symptoms, without testing for SCN, we could be moving it between fields where it is existing at high populations and fields where it hasn’t hit yet.

“It can cause up to 30% yield loss without any noticeable aboveground symptoms,” Mangel said. “You might not even notice that you are losing that yield, but it really adds up over time.”

Mangel offered six suggestions on how to manage SCN:

1. Analyze yield data. Analyze yield monitor data and maps, looking for areas where the yields are lower than expected and not consistent across the field. “That’s the first place you want to start looking and testing,” Mangel advised. “See what’s causing that low yield. Start with the hot spots. You might not see aboveground symptoms, but SCN might be there in high levels. It could be other things, but it is worth doing some testing.”

2. Monitor field edges and entrances. Because SCN can move from field to field in soil that sticks to implements, if often enters a field first near the entrance or along the field edges, and spreads from there. “If there are low-yield areas aligning with those areas, it should be considered,” Mangel said. “It could be other problems, but if you see a low-yield spot, consider why it is that way. If there are no obvious answers, it might just be SCN in a little pocket starting to spread within the field.”

3. Focus on prevention. It is best to prevent SCN from getting to the field in the first place. “Don’t move it there,” Mangel advised. “There are a lot of disease and weed problems we can blame on our neighbors and blame someone else for, but this is a situation where you are in charge of what is being brought into the field and moving it there.”

If you have tested and know which of your fields represent high SCN populations, make sure to clean implements before moving from those fields into fields where there is no SCN.

This is why it is so important to know where SCN exists on the farm, so steps can be taken to keep it from spreading to other fields and cropping areas, he added.

4. Crop rotation works. One of the easiest ways to slow SCN populations is to plant nonhost crops on highly infected fields. Fortunately, Mangel said, corn is a nonhost. “Rotating to a nonhost crop knocks back SCN, so the first year, SCN populations will drop by 75%. That’s a huge difference,” Mangel said. “It is a good reason not to plant soybeans on soybeans when you have SCN.”

Additional nonhost crop years will continue to lower SCN numbers, but not as dramatically as that first year.

5. Rotate resistance packages. In the 1990s, thanks to use of soybean seed varieties that employed the PI88788 resistance source, SCN was considered by many producers to be under control, Mangel said. “The advice was to test if you have SCN, and if you did, plant a resistant variety,” he explained. “That worked for a while, until 2014.”

Around that time, researchers recognized that SCN had figured out how to replicate with seed varieties that used that single resistance source. There were other resistance sources out there, but it took time to get them into good quality varieties in the commercial seed pipeline.

“We were kind of caught with no backup,” Mangel said. “Seed companies started to breed up new varieties to address these issues. We are not there yet, but there will be new varieties coming on the market.”

The newer source of resistance is called Peking. “The old source — PI88788 — still has some resistance, but if Peking is available, you can rotate varieties,” Mangel said. “That is the best thing to do once you have verified you have SCN.”

6. Pair with seed treatment. Pairing a nematocide seed treatment with resistant seed varieties will help a little more in curbing SCN numbers, Mangel said. “There are a lot of new products coming on the market. Talk to your local crop advisers and see what is working in your area.”