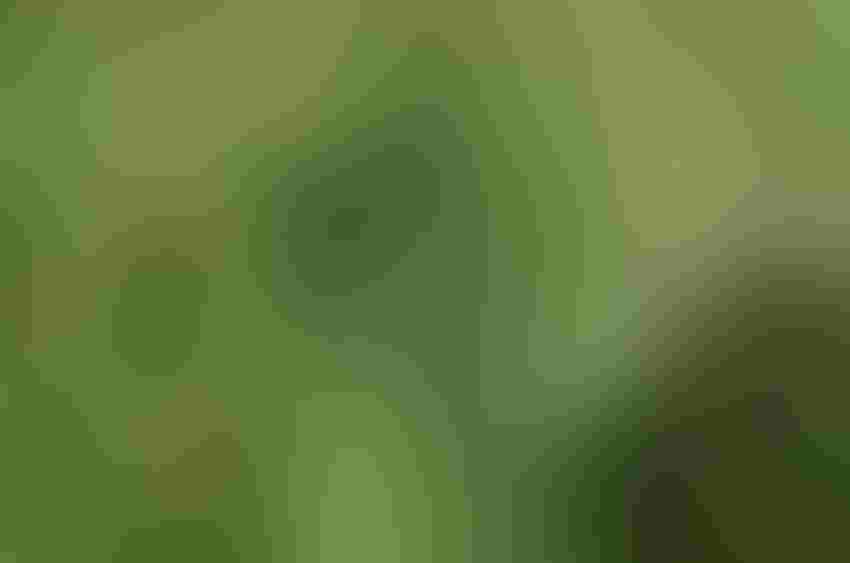 “Rhodes grass is a huge biomass plant for the low desert.” Bachie told the crowd.

His Rhodes grass trial suggests the perennial grass could be a good cropping grass rotated with alfalfa, Bermudagrass, and Kleingrass. The goal of the trial is to determine if Rhodes grass could grow well in California’s low desert and be a profitable option for growers. The grass is native to Africa and grown in tropical and subtropical regions.

The 0.4 acre Rhodes field trial, including four replications, is located at the UC Desert Research & Extension Center at Holtville. The trial includes two varieties, Reclaimer and Gulfcut – both proprietary varieties from the family-owned-and-operated company Selected Seeds Limited, based in Australia.

The Rhodes crop benefits, Bachie says, include high salt tolerance, which is a real plus for the moderately saline and alkaline soils in the irrigated Imperial Valley. Keys to quality Rhodes hay includes precise fertilizer applications with no skimping on the amount, and cutting the crop (with a standard swather) when 5 percent to 10 percent of the heads are at the boot stage. Any later and plant quality falls.

The best planting dates in Southern California are September through March when the daily temperature averages 60 degrees Fahrenheit or higher, says Bachie.

Rhodes grass seeds are about three-eighths-of-an-inch long with an average seeding rate at about 18 to 20 pounds/acre – either broadcast or shallow drilled. Seed can germinate within seven days, depending on the temperature, and can cover the ground three months after sowing. Mature plant height is two to four feet.

Seeds should be watered up with a sprinkler and then switched to a border-flood system. In Bachie’s trial, total annual water use for Rhodes was less than the average alfalfa water use in the county (about six acre feet).

The stand can produce forage six months after sowing. Bachie says the highest yield is obtained during the second year of cultivation but decreases in Year 3. He believes a good stand can last about five years.

Bachie harvested Rhodes grass five times a year starting in May, and then monthly for the next four months. Yields from the trial averaged 19 tons of hay per acre annually from Reclaimer and Gulfcut combined.

Production costs per acre in Imperial County are unknown as the crop is just experimentally grown. Several county commercial forage growers have planted Rhodes grass in trials on their farms, including plantings near Holtville and Brawley. One grower said he plans to grow Rhodes grass as a commercial crop this year.

Both varieties grown in the trial are diploid grasses which, according to the Selected Seeds website, have a fast response to moisture and temperature, and provide good water use efficiency.

Bachie said the Rhodes grass crude protein level was 12percent to 14 percent, lower than alfalfa’s average at 7 percent to 19 percent, yet higher than the levels from Bermuda and Klein, or corn silage grown in the county.

Imperial County could be the only known region in the Far West testing Rhodes grass. Several forage leaders in Arizona were not aware of Rhodes grass plantings in the state – field trials or commercial plantings.

Rhodes grass is commercially grown in Texas and Florida.

Stan Paynter, agronomist and international sales specialist with Selected Seeds Ltd., based at Pittsworth Qld, Australia, and Paynter have tag teamed on the UCCE Rhodes grass trial to learn whether the grass could be a valid option in the California low desert.

Paynter said Rhodes grass is widely adapted from soils of pH 4.5 to 8.5, and salt tolerant up to 12 decisemens per meter. The plant has looping stolons about 8 feet to 12 feet long, which drop down to create roots above ground.

“The stolons can spread and fill in patchy areas of the field where the plant doesn’t establish itself,” Paynter noted.

The grass is not adapted to low pH acid soils. He says Rhodes grass is easier to take out of the field for rotation to a crop other than Bermudagrass.

“With Bermuda, you can still fight it for several years, where with Rhodes grass you disk it (under) and you’re back into the next crop in less time.”

On the Reclaimer variety, Paynter said it was bred for its aggressive stolon growth habit, plus some cool season tolerance. It has tender, slender, and leafy stems. Gulfcut has a finer stem and a more erect growth habit with finer leaves and stems, a plus for hay production. Both varieties can be grown for cattle pastures and grazing.

At Selected Seeds, Reclaimer is the top seller but there’s little difference between the two varieties. Paynter quipped, “We don’t know whether Gulfcut is the ‘ugly sister’ or ‘Cinderella.’ It’s sitting quietly but Reclaimer is the one people are using.”

Rhodes grass is extremely tolerant of high desert heat. Said Paynter, “The hotter it gets the more it grows.”  In the Southern California desert, the plant basically shuts down during the winter months.

Paynter says Rhodes grass is popular in the Australian horse hay market due to the sugar characteristics, which the horse industry likes.

“The grass is safe for all animals – dairy, beef, goats, sheep, camels, and horses,” said Paynter. 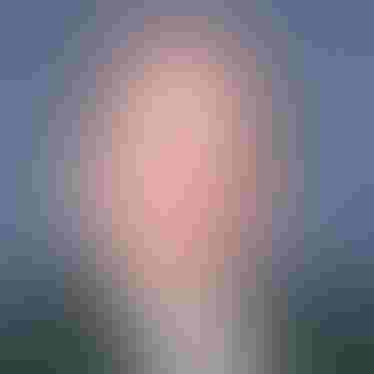