When the company that’s commercializing pennycress, a cover crop with potential to be harvested and sold as a biofuel oilseed, sold to Bayer three months ago, it had to adjust its regulatory sails and regroup heading into 2023. 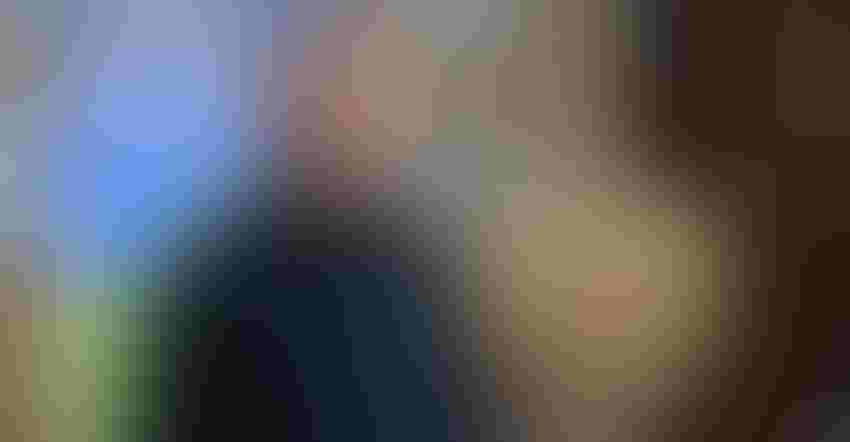 FLEXIBLE: Mike DeCamp, president and CEO of CoverCress Inc., says they’ve helped convert field pennycress into a rotational cash crop for the Midwest, allowing farmers to grow three crops in two seasons. The oil from the crushed grain is a lower-carbon-intensity feedstock for renewable fuels including biodiesel and aviation fuel, and its meal is a high-protein animal feed. Holly Spangler

When CoverCress Inc. announced its crop would be planted as a cover crop and grown commercially on 10,000 acres across the Midwest this fall, farmers were interested. The company, which commercialized a pennycress variety improved by Western Illinois University plant breeder Win Phippen, has big plans to increase acreage exponentially on what will be a biofuel oilseed cover crop — effectively, the first cash cover crop.

But as CoverCress President and CEO Mike DeCamp explains, the company sold a majority interest to Bayer in August, which affected some of the regulatory plans — temporarily. DeCamp says farmer demand “is there, 100%,” and explains more in the following interview.

You planned on 10,000 acres of CoverCress this year, planted as a cover crop with a harvest-able grain that would be sold into the marketplace. How is that shaping up? We were planning on 10,000 commercial acres, but we’ve had some regulatory changes that mean we won’t be harvesting it for a marketable grain next year. It’ll be more for demonstration, and for the cover crop. We just don’t think it makes sense to have that many demo acres, so we’re going to be in the 5,000-to-7,000-acre range.

So it can’t be harvested as a grain in 2023? In terms of regulatory issues, we have to deal with FIFRA [Federal Insecticide, Fungicide and Rodenticide Act], which deals with chemistries, safety, residues. Prior to this year, we tested for residues at harvest and there was nothing there. So we felt as long as we documented that, even though we weren’t technically in compliance with FIFRA, there was no harm. Bayer has a different risk profile on that, so as a result of our sale, our growers are planting a CoverCress crop as a demonstration program, but not to harvest as grain.

But you’ll be able to sell in 2024? Right. We have to go under a non-food, non-feed exemption this year. We can produce seed. We can do field research. We just can’t sell our grain this year, because it can’t go into the market for food or feed. We’ve had to pivot a little bit this year to fit under that non-feed, non-feed exemption.

How did your farmer-cooperators react? Farmers have been really good about it, because it gives them that opportunity to work with CoverCress one more cycle. They get the benefit of planting cover crops, and they get a free cover crop. They’re still getting paid, not at the same value they would as grain, but they’re making money and having a cover crop.

You mentioned the sale: CoverCress has been sold this year, with Bayer now owning 65% of the company. Yes, there was a transaction. Bayer has been an investor from the beginning, going back to the Monsanto days. We’ve been financed and owned by more than 60-plus owners, including a lot of venture capital companies in St. Louis. I like to think of this transaction as an exit opportunity for those earlier investors. Last year’s transaction with Bunge with the off-take agreement really was a catalyst for this action. We didn’t want to sell 100%. It was really important to Bunge and Chevron that they stayed in; they were not selling.

What about the relationship with Bunge and Chevron? It’s not been publicly disclosed, but collectively, combined, they own 35%. Bunge’s been in longer, so you can infer from that. Part of Chevron’s equity interest comes through REG — Renewable Energy Group out of Ames, Iowa. REG was a CoverCress investor with Bunge in 2021. Then Chevron acquired REG, because REG is the only pure renewable diesel producer in the country.

Has the Bayer transaction changed your day-to-day? We’re still independent. We’re still running the same in our day-to-day. That hasn’t really changed. We have a different board structure and governance structure. But we still have all the work ahead of us to get farmers to adopt this, have the efficient grain handling system, develop the market side of things. We have that interesting demand piece already down, so it’s kind of rare for a company to have that part more baked than anything else.

Is there more interaction with Bayer now? Yes, the level of support and engagement we’re getting now from Bayer is greater than it was when we were a minority investment for them. Most of us at the company are ex-Monsanto employees. So we know a lot of these people, and we’ve always wondered, why haven’t they engaged more? And now, there’s definitely more interest and involvement because of the higher ownership level. So that’s been real positive.

Sometimes larger companies buy a smaller company to kill it off. Any worries about that here? No, not at all. We're not competitive at all with what Bayer’s focused on. We’re an additive to their corn and soybean business. We had a lot of interest from their competitors, and I’m sure that came into play in their decision to make a move. They don’t want to see it in a competitor’s hands. So there’s definitely a competitive angle, but not to kill it off.

You’ve got some background there, right? In my career with Monsanto, that’s what I did. I was in the strategy group, and I acquired lots of businesses for Monsanto over the years. And I can tell you 100%, there was never a strategy here to take it away.