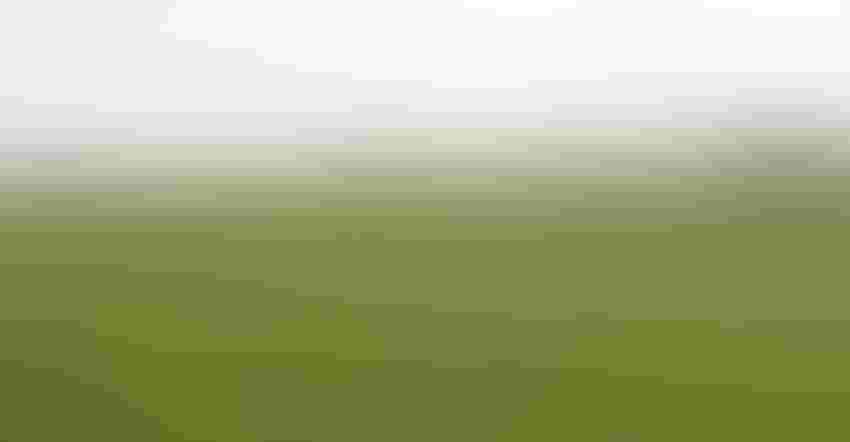 BENEFITS: A uniformly established cover crop in the fall leads to better weed suppression and soil health benefits in the spring.Curt Arens

One of the greatest strategic challenges for producers planting cover crops is termination. It’s crucial to get the timing right and to get a good kill.

There are a few methods in terminating cover crops, with herbicides being the most common, along with mechanical rollers or crimping, and, perhaps, mowing. But there are special considerations for termination with the drought conditions across the Great Plains over the past couple of years.

“For corn, we see a general trend of terminating cover crops about two weeks prior to planting,” says Jason Gibson, market development specialist with Corteva Agriscience, based in Omaha, Neb. “We see a few more growers planting into green cover crops with soybeans and then terminating after planting.”

No matter what the termination plan might be, there are always challenges.

Plan A and Plan B

“Unless Mother Nature delivers some rainfall, we will have more cover crop stress this spring,” Gibson says. “Cover crops under moisture stress are more difficult to control because the leaf cuticle is more difficult for herbicides to penetrate, resulting in less activity in the weed, as well as less translocation to the weed’s root system.

“Additionally, the longer you wait to terminate the cover crop, the additional biomass produced may limit adequate soil moisture necessary for obtaining uniform stands of spring-planted corn and soybeans.”

Gibson adds that the most common challenge in the spring with regard to termination is cold temperatures and irregular weather patterns.

“From a termination standpoint, we fight cold temperatures because everything is slower when it is colder, and getting good translocation with the cover crops is more challenging,” he says. “So, it’s probably best to have a Plan A going into it, and then have a Plan B in season.”

This means that paying attention to the weather is as critical as anything, especially considering herbicide rate. “Under the wrong field or environmental conditions, you can double the herbicide rate, and it may not look any different,” Gibson explains.

“In western Nebraska, where it is commonly drier, the temperatures need to be at least in the mid-50 degrees F, and preferably 60 degrees F and climbing, versus spraying in the mid- to late afternoon when the temperatures are already descending and getting caught with the herbicide not working because you sprayed too late.”

The Plan B in season part probably depends on what crop is being planted after the cover crops are terminated.

“For corn, if you did a burndown with glyphosate, you still have the opportunity to hit the crop again with glyphosate, if you have glyphosate-resistant corn,” Gibson says. “In season, you might consider some of the older traditional grass herbicides like Accent Q, Steadfast Q or Resolve Q, for instance, to post spray grass in emerging corn. For conventional corn acres, consider some of the older but proven herbicides like Accent Q or Steadfast Q.”

On the soybean side, most soybeans are glyphosate-resistant, but if a grower is planting conventional soybeans or specialty soybeans, chemistries such as Select Max or Assure II, for example, can be used for grass control, Gibson suggests.

“But you may have to apply the grass herbicide first and then come back with a broadleaf combination to get the best control,” he adds, “rather than mixing the two together.”

From the plant density standpoint, it is less critical if you have cover crop escapes with soybeans, because beans can have early competition and not affect yield. Outside of planting early and getting plenty of vegetative growth, if there are rains in late July and early August, soybean yields will be good.

“In corn though, having plant-to-plant competition, even if it is a weed, puts stress on the corn plant,” Gibson says. “Yield is determined early, beginning when corn reaches the V3 stage.”

Last year’s shortages of glyphosate herbicide gave growers a chance to look at alternatives, he says. Many of those alternatives, such as Steadfast Q in corn, were not perfect, but they did a decent job on cereal rye and winter annuals like downy brome.

“It wasn’t as spiffy as glyphosate, but it did a good enough job to move forward,” Gibson notes.

“It’s easier to leave the stand in the spring and plant into it green if the stand is uniform,” he says. “This way it will suppress winter annual weeds and spring weeds. If the stand is not uniform, flushes of winter annuals can emerge, resulting in producers wanting to terminate the cover crop prior to planting soybeans.”

Gibson isn’t as fond of planting corn into green cover crops. “Sometimes when you don’t get great grass control, plants are hurt but they are not dead. The grass cover crops will take in just enough herbicide to shut down, but not enough to kill them,” he explains. “At some point, you get some recovery that is not as vigorous as the original growth, but it is still pulling moisture from the corn crop.”

In those cases, the growers are advised to have glyphosate-tolerant corn or some backup plan that allows for crop safety.

The overall weed suppression value of cover crops depends on good establishment in the first place. “Recognize that when you are terminating,” Gibson says. “Look at the field.”

Over the past three years, to add to the weed challenges, Palmer amaranth has been germinating a week earlier. If the cover crop stand is uniform, that will help deter tough weeds such as Palmer and waterhemp.

But if the cover crop is not uniform, termination timing should take into account those major weeds, along with weeds that are also troublesome such as henbit, marestail, kochia and others, Gibson says.