Cereal rye is a good choice for establishing a late-season cover crop. 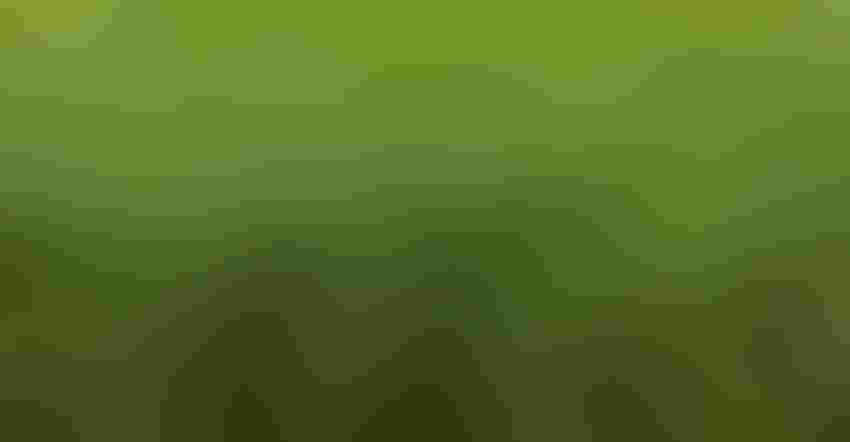 WHY PLANT RYE? Its ability to germinate in temperatures as low as 34 degrees F and rapidly grow makes cereal rye a good late-season cover crop.

Last spring’s wet and delayed planting have led to a major lag in crop maturity this fall. With rumblings about an early frost and cold snap for the Midwest and into the Great Plains, farmers are increasingly worried about getting a cover crop seeded this fall.

“First, pay little regard to the date on the calendar and instead listen to the weatherman,” advises Brent Jones, Iowa sales and research farm manager for Grassland Oregon, a cover crop seed company. “It doesn’t matter if you’re a livestock or crop producer, or what the season has been like, this is generally a good practice to follow. However, in this case, you want to establish your cover crop while moisture is present in the top 1 inch of soil, or no more than 10 days before predicted precipitation.”

At this stage in the game, cereal rye is a good option for producers wanting to establish a nutrient-scavenging spring biomass that sequesters nitrogen and suppresses weeds, Jones says. With the ability to germinate in temperatures as low as 34 degrees F, it is hardy, establishes quickly and can grow in most soil types. He offers the following tips on getting cereal rye established.

If postharvest conditions allow, the most cost-efficient way to establish cereal rye is to drill it at a rate of 1 bushel per acre. However, for farmers in areas that are going to have standing cash crops for a while longer, non-traditional seeding methods can be used to give cereal rye a head start before harvest is finished.

One of the best ways to establish in a standing cash crop will be with a high-clearance air seeder, he says. Seeding rates need to be increased by 50%. Keep in mind, this seeding method can cause damage to the existing crop and requires dry field conditions.

For more flexibility, aerial seeding with a plane or helicopter is an option. This will require a significant bump in seeding rates to at least 100 pounds per acre to get a decent establishment, which is at risk of being spotty.

Pilots need to drop seed from 50 to 60 feet above the canopy, which can cause issues with drift into neighboring fields if conditions aren’t right. “While there is no research showing which has more even establishment, there is speculation that the pressure from helicopter blades does a better job at pushing seed through the canopy,” Jones notes.

Regardless of the type of establishment method most suitable for your situation, it’s essential that seed be selected for quality to avoid unintentionally introducing a problem to your farm. The Indiana State Seed Lab reports an increase in locally grown cereal rye samples this year, with germination rates averaging in the low 60% range and a majority being contaminated with weeds.

Variety selection is equally as important to ensure your cereal rye cover crop has been bred for particular trait performance. For example, cereal rye is known to suppress weeds. In a study analyzing the allelochemical concentration of cereal rye, researchers found a 1,000% difference in levels between the top- and bottom-performing varieties.

If this fall season is getting away from you or you don’t have a plan to give fields a winter cover, there’s still time to get a cover crop in the ground. This is essential to scavenge any available nutrients in the soil and to lock it into place until spring for the subsequent cash crop.

If you have any questions about which cover crop options will work best for your geography and unique challenges, call Grassland Oregon at 503-566-9900.