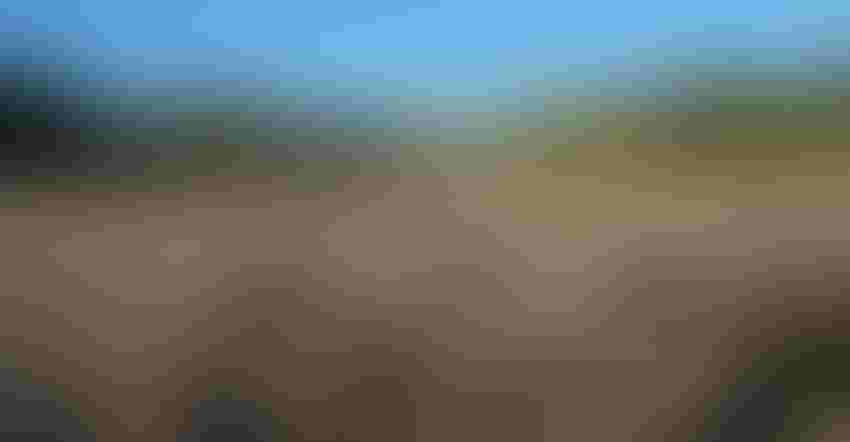 Of the 70 climate-smart ag projects included in the first round of USDA funding, 22 are expected to reach farmers in Midsouth states. These 22 projects collectively represent roughly $1.2 billion. Ginger Rowsey

On Sept. 14, 2022, U.S. Secretary of Agriculture Tom Vilsack announced USDA is investing up to $2.8 billion in 70 selected projects under the first pool of the Partnerships for Climate-Smart Commodities funding opportunity. Projects from the second funding pool will be announced later this year.

Of the 70 projects included in the first round of funding, 22 are expected to reach farmers in Midsouth states. These 22 projects collectively represent roughly $1.2 billion.

While perusing the list of funded projects you notice some commonalities. An emphasis on expanded markets and revenue streams, underserved audiences, and incentive payments. A large chunk of the USDA grant dollars should go to producers’ pockets in the form of incentive payments to offset the costs and risks of jumping into climate-smart ag.

“There’s a lot of talk out there about carbon and regenerative grazing and regenerative agriculture, those terms have become huge buzz words, but the reality is the science behind it is really vague and shaky,” said Pat Keyser, director for the University of Tennessee Center for Native Grasslands Management.

“This funding is an opportunity to actually document what that value is, while helping farmers get paid,” he continued.

Keyser will serve as project lead on a climate-smart grasslands initiative that received $30 million in grand funding. The project will evaluate alternative strategies to nitrogen fertilization in pastures, incorporation of warm-season native grasses, and regenerative grazing techniques. Keyser said the end-goal is improving grass management while also creating a preferred supplier platform.

“The pathway to get there is not big government grants, but to put it into the marketplace. Through better grass management, we’re creating a marketplace premium that the JBSs and Tysons of the world will want because the calf raised in this system will benefit their portfolios,” he added.

Close to 250 producers from nine states will be selected to beta-test the program. Keyser estimates roughly 40% of the budget will go directly to farmer’s pockets.

One state over, the University of Missouri received its largest federal grant ever — $25 million — as part of the Partnerships for Climate-Smart Commodities Program.

MU’s program, which will be limited to Missouri producers, takes a four-step approach

Project leader Rob Myers, director of the MU Center for Regenerative Agriculture, said more than two-thirds of the funding will go directly to producers in a tiered incentive payment. For example, planting cover crops could equal $30/ac in payments, grazing those cover crops would bring an additional $20/ac, and terminating late another $15. (All prices are tentative.)

But are incentive payments enough to convince producers who may be skeptical of climate-smart ag?

“I wouldn’t describe producers as skeptical, but I think they do want to better understand how they can make it work on their farm and know what the benefits will be over time,” Myers said.

Myers said he believes the projects can be valuable for farmers, as long as they can be profitable in the long run.

“And that’s where the expanded markets come in. That’s a big part of this project, as well as all the projects USDA funded,” he added. MU’s grant will support development of new markets, including the bioenergy sector and grass-fed beef.

Truterra, the sustainability business of Land o’ Lakes will receive up to $90 million for a pilot project that aims to solve the connection problem between farmers that adopt sustainable practices and companies who want to purchase the products.

Funds will be used to provide technical and financial assistance to more than 1,000 U.S. cotton farmers who participate in climate-smart cotton production.

Thousands of farmers across 15 states will receive incentive payments to adopt climate-smart ag practices. Part of the project will include 5,000 underserved producers.

A collaboration with Ducks Unlimited and the National Black Growers Council. Will incentivize alternate wetting and drying, furrow irrigation and other climate-smart rice practices on 400,000 acres across six states. Roughly 25% of the program will be specifically targeted to traditionally underserved farm communities.

Traceable Reforestation for America’s Carbon and Timber (TRACT) will address the need to expand and recover the nation’s forests to balance the demand for wood products with the increasing need for forests to serve as carbon reservoirs. The project will deploy funding for reforestation activities in lands deforested by wildfire in the Western U.S. and degraded agricultural lands in the Southern U.S.

This project will implement a scalable climate-smart marketing strategy to assist underserved farmers in Mississippi Congressional District 2 to adopt climate-smart practices and reduce greenhouse gas emissions in production of beef and other products.