The Practical Farmers of Iowa event was a daylong look at the many ways cover crops could help your farm. 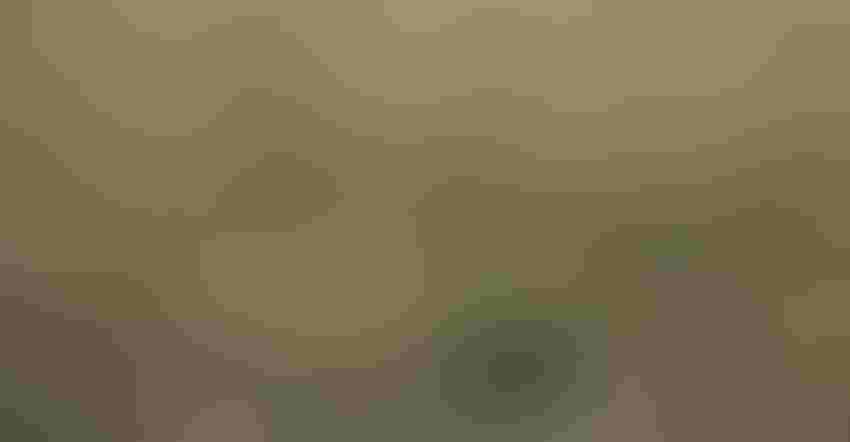 GREEN IN THE FALL: There's rising interest in cover crops, but what might they mean for your farm? A visit to Cover Crop Boot Camp offers a few ideas. Willie Vogt

While the topic of cover crops has seen more coverage of late — thanks to rising interest in carbon sequestration programs and concerns about nutrient loss from farmland — the practice is not yet widespread.

In Iowa, just about 2 million acres of cropland are planted to cover crops, according to Stefan Gailans, research and field crops director, Practical Farmers of Iowa. To put that in perspective, Iowa has a little over 24 million acres of cropland, yet cover crop interest is rising. During a recent Cover Crop Boot Camp conducted by PFI, digging into the topic yielded some interesting insights. Here are five we picked up.

1. Cover crops can bring resilience in cropping. During his talk about reducing nitrogen use with cover crops, Tom Pyfferoen, who farms near Pine Island, Minn., shared a "disaster" story. He had planted corn into cover crops that were then to be terminated ahead of emergence. But the neighbor with the sprayer who was to terminate that cover didn't make it to the field. The corn emerged into the oat cover crop.

"We made the call on May 20 to kill the field and start over," Pyfferoen says. "In the last days of May, we replanted the field."

He shared that the late-planted corn was a 90-day hybrid, came up even and yielded more than 200 bushels per acre. The cover crop biomass in the no-till soil provided moisture and a solid starting ground for that replanted crop. The already applied starter fertilizer from the previous crop meant he didn't have to use more.

2. Cover crops can help reduce input costs. Whether you're talking nitrogen or crop protection products for weed control, planting cover crops can help with both, provided you target the approach. If you're aiming to reduce nitrogen rates, that means looking at legumes as part of the mix. That can be challenging, because establishing a legume in the fall so it overwinters can be tough.

Pyfferoen says that by using clover, he has been able to trim nitrogen rates using as little as 100 pounds of N for a corn crop that yields more than 200 bushels per acre.

The idea of a "green manure" crop isn't new, and Gailans showed an image of a USDA publication from nearly 100 years ago talking about the benefits of the approach. The challenge, he says, is that "you really don't know about cover crops until you try it for yourself, which is a common bit of feedback that the on-farm researchers share with us."

Deploying cover crops as a weed control strategy is also getting greater attention. During the Boot Camp, Brandon McHugh of Dunlap and Michael Vittetoe of Washington shared their experiences with controlling weeds with covers.

McHugh is using a diversified mix that includes winter wheat, tillage radish, winter pea and balance clover for his farm. He's seen his herbicide bill drop by as much as $20 per acre. That mix, however, costs him nearly $37 per acre, including application.

"We're using no preemerge with cover crops, just a burndown of glyphosate with metolachlor that saves us," he says. McHugh acknowledged during the event that glyphosate used to be cheap, but that has changed.

In addition, he scouts for the need to apply postemerge for cleanup and will use some mesotrione if needed. "That has cut out quite a bit," he adds.

For Vittetoe, cover crops are helping cut the fertilizer bill. He's developed a custom roller which he calls the "Unobtainium Custom Row Roller." "I call it 'Unobtainium,' because I built it, and I'm not building another one," he jokes.

That in-row roller allows him to plant soybeans into standing ryegrass, then come back later to roll down the cover, creating a thick mat that's difficult for weeds to grow through. Planting a cover crop to boost biomass in the soil can build up organic matter, and adding value by rolling that crop to create a between-the-row weed barrier is adding value too.

3. Attention to detail matters. For every speaker, whether using covers to cut N costs, trim herbicide use, raise covers for seed, or even feeding cattle, there was an underlying theme — management. Cover crops will change your cropping system, may add fall work where there was none and require more intensive spring management.

That attention to detail, however, can help boost soil health, cut erosion and may offer further financial advantages as carbon markets evolve. There's another area receiving greater attention in Iowa, too. Municipalities are looking "upstream" at on-farm practices to see if they can reduce crop nutrients getting into streams and rivers, and they're paying farmers for the work.

Yet to make them work, it does increase the management load on an operation. Shanon Jamison, a first-year cover crop user from southern Iowa, shared that when asked about how her first fall planting looked — she had the cover flown on for 2021 — her response was "How would I know? It looks green; is that good?"

Mentoring can matter, and Jamison is working with Alan Zellmer, a longtime cover crop user farming near Atlantic, to get insights on whether that flown-on cover is healthy (it is), and how she might manage that in 2020. Perhaps that's a 3a corollary on this subject — if you're going to get into cover crops in 2022, work with someone who is already using the practice: They'll have insights you can use.

4. Know your why. Why would you consider planting cover crops? It was one of the first questions asked at the boot camp, and the answers ranged from capturing nutrients to preventing erosion. For Vittetoe, the "why" included a slide of his son standing in a field with a healthy cover. He wants that farm ready for that next generation, so that's his why.

For farmers considering the practice, which can demand added work and management, knowing that setting clear goals and knowing that there are often first-attempt failures will be important. For Vittetoe, who is also working to eliminate the use of crop protection products on his farm, keeping that bigger-picture focus helps him invest in the practice. Knowing your why before starting on the cover crop journey can be important.

5. Your neighbors will think you're crazy. This was a phrase that came up a few times during the all-day boot camp. Whether it's running the drill behind the combine, or planting soybeans into waist-high cereal rye, passersby will probably think you're nuts. But with the benefits outlined at this conference, along with potential financial incentives that may be more prevalent in the future, perhaps raising cover crops is being crazy like a fox.