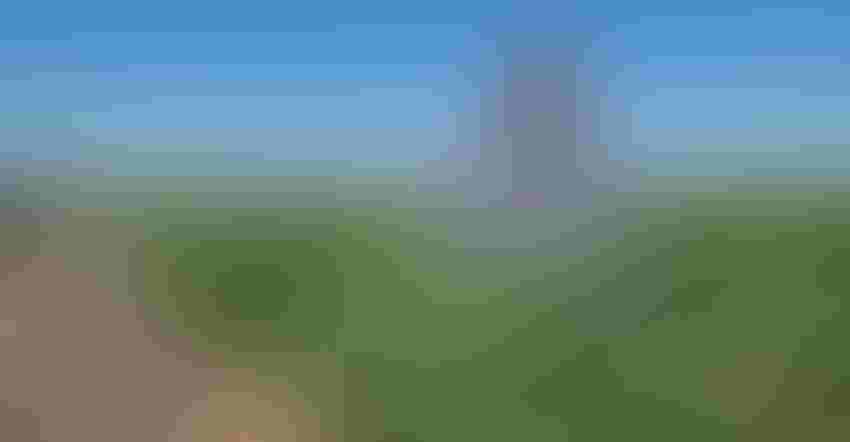 Less is proving to be more on Kris Verett's upland cotton farm near Cone, Texas. For the last five years, Verett has been transitioning from 40 inch row cotton to 80 inches. He says much of what he does goes against conventional cotton-growing wisdom, but in a year of drought, it's proving there just might be something to it.

"The 80-inch rows will wait on a rain a lot longer than the 40-inch," Verett says. "We're spacing it out but we're also planting a lot less cotton than what we used to, so compared to even some of my 40-inch stuff, it's much more drought resilient."

Verett spoke with Farm Press in one of his cotton fields that he describes as his lowest-water farm, pumping 2 gallons per minute per acre. "That's the lowest I can nozzle this pivot," he says. 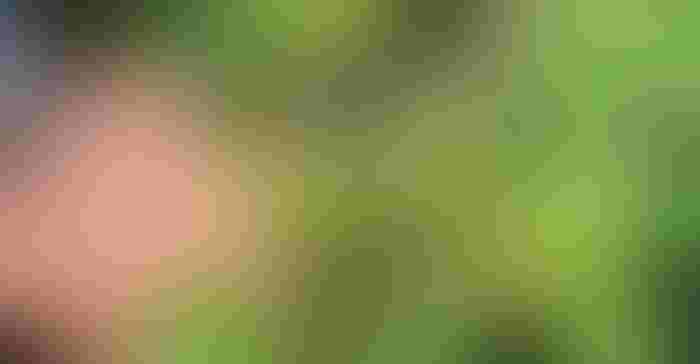 This year's crop has 45 to 50 bolls on each plant. Kris Verett says never before has he had a crop like this. (Photo by Shelley E. Huguley)

"I've harvested a lot of 500 to 750-pound cotton off this farm when it was on 40s." The last two years, he's switched to wide row or 80-inch cotton. Looking at this season's crop, he anticipates 2 to 2.5 bales or 960 pounds to 1,200 pounds of cotton to the acre and that's in a year of drought, consecutive days of triple-digit temperatures, 4 inches of rain, as of Aug. 26, and 6 inches of in-season irrigation.

"I've been impressed to see that it still has good fruit retention and boll size on it, especially considering the year that we're in and how dry it is. I've got plants with multiple positions on a branch and for no more water than we have on this farm, it gives me a lot of hope and promise looking forward."

Unlike skip row, wide row cotton is spaced 80, 120 or even 160 inches apart. "The skips are uniform. They may vary in size, but they're uniform across the field," Verett says.

The wide row system requires less seed. "We basically just started cutting everything in half. Where you'd plant 30,000 to 35,000 on some 40s, you basically turn every other row off and you plant 15,000 on the irrigated stuff. Then on light-water irrigated, we started planting dryland rates. The lowest my planter will go is about 23,000, so I put it as low as it would go and then planted every other one. That's how I ended up about 12,000, and not all of those come up, so I ended up at about 10,000 seed to the acre.

"It's slowing down and getting your population right. But every year we're backing off our seed population a little bit more."

Spacing is key. "We're getting serious about putting precision planting on our planters to make sure we get our spacing dialed in," Verett says. "Having good seed, good cold-germ quality seed that will come up is a big deal. You can't really afford to miss."

Wide row cotton isn't pretty when it first comes up, he admits. "It's very hard to look at the beginning of the season. But now, where most of my 40-inch cotton is burnt up and cut out, I'm pixing my 80s to try to get it to quit. I finally got it to cut out good, so it can mature what's on it."

Verett, who no-tills and plants cover crops, plants the seed in the top of the old bed. "We're still planting in a circle. I pick one of the tops of the old bed, so that way my water drop, where my pivot is set up on LEPA (it's got a drop every 80 inches) there's just a drop off to one side of every row of wide row cotton."

This year's crop was planted into rye and a warm season cover. "We found out hay grazer doesn't make a great rotation for cotton. It's not near as good as cereal and radish." It's unlikely he'll plant hay grazer again.

Wide row production, something Verett learned about from Australian counterparts, also requires less nitrogen. "This has 20 units on it. In the past, you probably had 75 units."

This year's crop has 45 to 50 bolls on each plant. Never before has he had a crop like. "This system is different. It requires a different way of thinking, a lot more micronutrients and trips across it. It's a calcium-based system, not a nitrogen-based system. And I'm not smart enough to tell you why that is," he jokes. "I just know that's what the people, who are a lot smarter than me, have told us we need to do, and that this is what works. And I can't argue with the results. We've never had cotton plants with this many positions on it."

Developing a large root system is also key, which requires irrigating later than sooner. Verett postponed irrigating until the end of June. He wishes he had waited longer. "When we started, we delayed two weeks and I was nervous. I was like, we've got to get going, this is low water. And yes, you've got to be able to get around to it but when we start watering, we hinder our root growth. It's the other thing we've learned from the Australians." 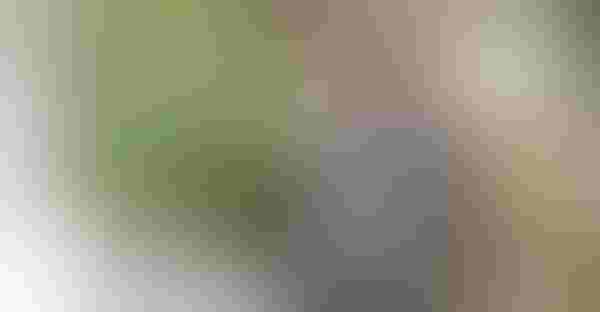 Kris Verett holds one of the cotton plants from his 80-inch row fields. Developing a large root system is essential to the success of wide row production. (Photo by Shelley E. Huguley)

Recently, Verett pulled a plant from one of his fields that had a lateral root that was 30-inches long. "Those roots will meet in the middle of that gap."

Frequent and consistent pix applications by ground or air are also essential. Pix is most often used to control height. Verett uses it as a fruit retention tool. This year, he made his first 1- to 2-ounce application at the two-leaf stage. "The Australians say you need to pix it every 10 days to two weeks.

"The pix is the biggest and hardest to do. I was late and didn't pix this till four-leaf," referring to another field. "You've got to start getting pix in the plant, especially wide row, because when it gets to a certain size, you can't shut it down. It's got so much horsepower and it builds this giant root system. Even 32 ounces every week isn't going do it if it gets to a certain point. So, you've got to start early and start training it." 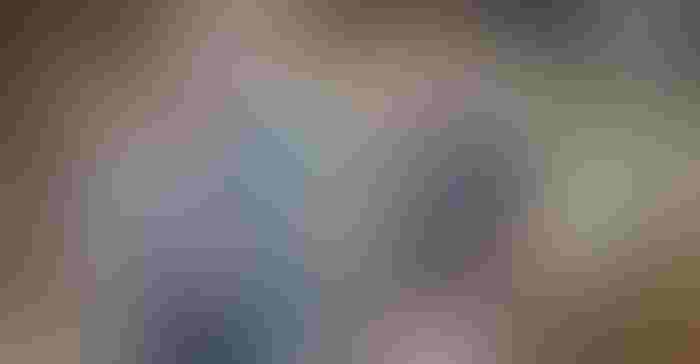 The amount of pix varies based on the heat. "Like this year, and I always fall into this trap, you start pixing early and you do a good job. Then it slows down and you stop pixing. So, I've got a gap in the in the middle of my plant, my internode lengths are spread out, the bottom ones are short and I start hammering it at the top. I've got to be better about sticking with it. You may vary the rate a little, but you've got to keep some in that plant all the time, especially with wide row."

Last year, Verett applied 150 ounces of pix. This season, as of the end of August, he's applied 80 ounces.

"There's still ways and things I'm learning and trying to do better. I think the potential on 80s is vastly more than even on 40s on a year in year out basis." 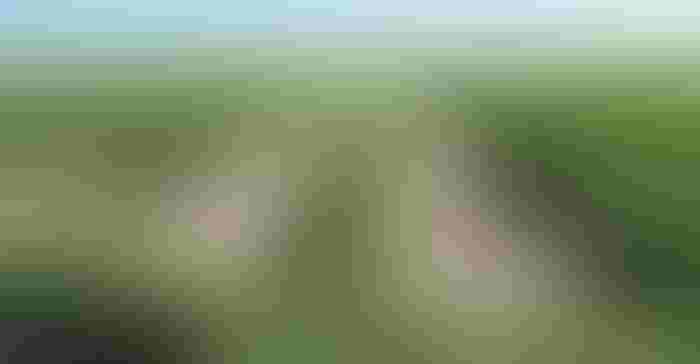