Already feeling the pressure of drought, last year’s historic flood and low commodity prices, South Carolina’s No. 1 industry could be pinched by an uptick in the value of the U.S. dollar. 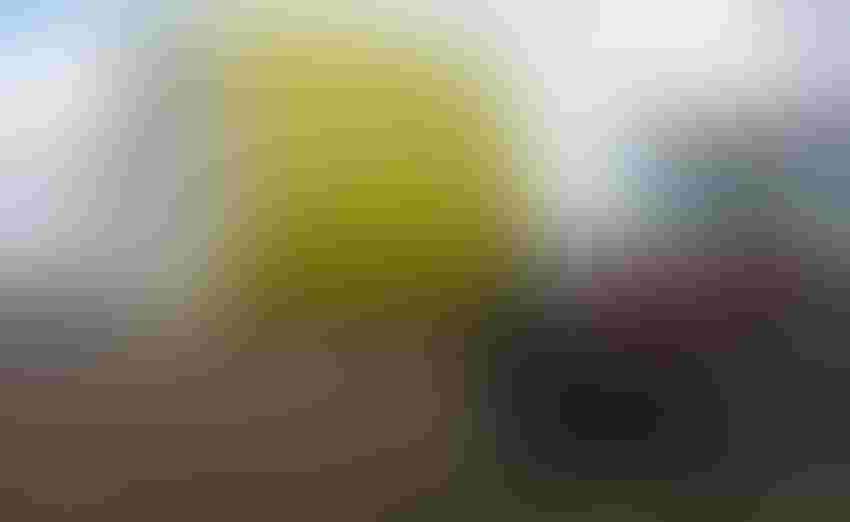 Already feeling the pressure of drought, last year’s historic flood and low commodity prices, South Carolina’s No. 1 industry could be pinched by an uptick in the value of the U.S. dollar, Clemson University agricultural economists said.

South Carolina exported more than $920 million in agricultural goods in 2014, according to the U.S. Department of Agriculture.

“The dollar was at historic lows in 2012, ‘13 and ’14, so yes, it is a concern,” Mickey said at the S.C. Agriculture Outlook Conference Nov. 22 in Columbia. “If exports decline, farmers will be left with higher ending stocks.”

High ending stocks — the amount of product remaining after demand has been met — already have created downward pressure on the prices for cotton, corn, peanuts and other agricultural goods.

Nationally, corn yields are up 12 percent this year and are expected to hit a U.S. record, according to data from the U.S. Department of Agriculture. Of around 15.2 billion bushels of corn produced in the U.S., an estimated 16 percent will exceed demand, leaving the market saturated with high ending stocks. That has futures prices sagging to $3.30 a bushel in the short term, down from around $3.60.

Some analysts expect growers to reduce corn acreage the next two years, Mickey said, and the need for livestock feed could heighten the demand for corn.

“So it looks like we have some upside potential, but remember, we’ve got high ending stocks,” he said. “An ending stock of 15 percent is too high.”

Soybean yields are also reaching record highs at nearly 4.4 billion bushels, an 11 percent jump from a year ago, according to the USDA’s latest crop production report. Strong exports pushed soybean prices above $10 a bushel in 2015, Mickey said. Prices have since dropped but remain good at $9.20, he said. Again, high ending stocks are a concern, Mickey said. Ending stocks on soybeans increased 7 percentage points to 12 percent this year, he said.

South Carolina cotton yields were cut in half last year due to flooding, said Extension economist Nathan Smith. At the same time, yields jumped nationally and global competition stiffened amid concerns of economic slowdown, he said. China, a significant importer of U.S.-grown cotton, has reduced imports and started selling off some of its cotton inventory, Smith said.

“The cotton market is very dependent on the economy here in the U.S. and throughout the world,” Smith said.

Exports were strong this year, pushing total U.S. cotton usage from 12.6 million bales to 15.5 million, he said. Supply still exceeded demand by 29 percent and U.S. growers likely will increase cotton acreage next year as federal payments on peanuts and other crops from the U.S. Farm Bill are expected to decline, Smith said.

“Production will outpace use,” he said.

Cotton prices have improved the past year due to export demand for good quality cotton.  Growers should look for marketing opportunities at 72 cents a pound in the cash market, Smith said.

Peanut usage jumped 26 percent last year on strong demand for peanut butter and candy, according to USDA figures. Usage should drop around 5 percent this year, but record high exports of U.S. peanuts are expected to continue and U.S. supply should hold steady at around 4 million tons, Smith said. Prices are expected to remain steady at $400-$425 a ton. The quality of the 2016 crop is a concern in the Southeast, which could lead to some price improvement by the end of the marketing season. The continuation exports to Asia in addition to Europe and other destination will be key for 2017 prices, Smith said.

Those numbers were depressed as last year’s flood left many crops to rot. A year later, extensive drought  is stressing crop yields this season.

“You may only have one more roll of the dice,” he said.

Farmers can mitigate risk in different ways, through insurance, price hedging, crop diversity, irrigation and other means, for example, Mickey said. If farmers can’t manage as much risk due to losses in net wealth, they could consider purchasing additional crop insurance or purchase insurance coverage with revenue protection rather than yield protection, Mickey said.

“We just have to consider options,” he said. “Strategies that worked in 2014 might not work today.”

Seasonal marketing strategies could pay dividends, as well, Mickey said. Corn prices, for example, have been 19 cents per bushel higher in April than in September and October in eight of the past 10 years, he said. South Carolina growers produced more than 24 million bushels of corn in 2015.