Approval for Deltapine's thrips and plant bug protection product should get label approval in 2021. 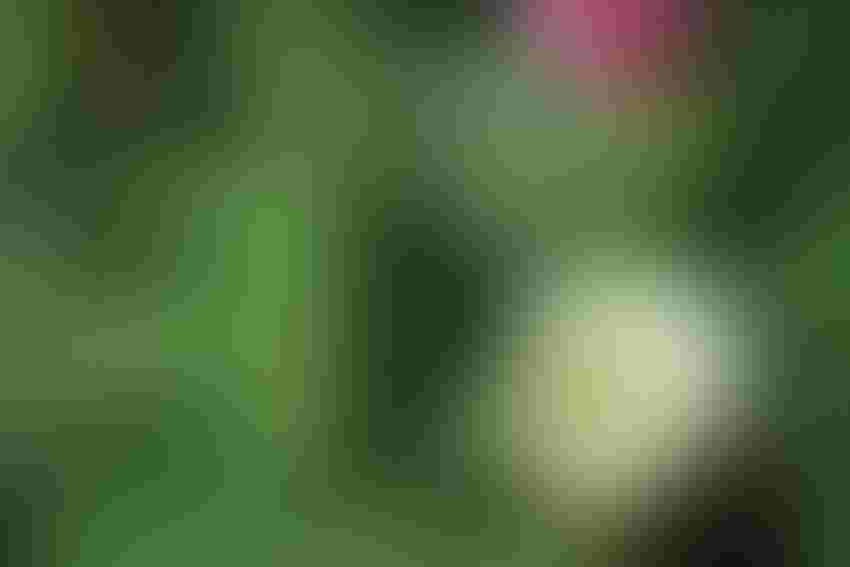 Deltapine's long awaited ThryvOn technology for control of thrips and plant bugs is expected to get label approval sometime in 2021. Brent Murphree

Thrips and tarnished plant bugs are next on the list of insect pests to be targeted by trait technology in cotton once it is approved for use, which is expected sometime in 2021

For several years Deltapine has been working to place the defensive technology into a variety that will hold up to yield and quality expectations of growers. It will be stacked with Bollgard 3 XtendFlex.

In December, Deltapine hosted its annual New Product Evaluators Summit online. University specialists from across the cotton belt spoke about the new ThryvOn technology and how it has worked for them.

"Plant bugs are the number one pest in the Midsouth," said Gus Lorenz, University of Arkansas extension specialist. "If you look at the numbers, as far as cost and loss, thrips are number two. Our growers spend a lot of money trying to control things, particularly plant bugs."

Lorenz noted that producers in Arkansas can make between four and six applications for plant bugs, also known as lygus, alone. He notes that producers get only about 70% - 75% control of plant bugs with currently labeled products.

"It's been a real challenge to get these two pests under control," he said.

Even after spending money for an in-row application or seed treatment, a producer often has to follow up with a foliar application, which not only costs money but may cause secondary problems with arthropods like mites and aphid, according to Lorenz.

He also said that early applications of acephate can trigger later boll worm applications by reducing the beneficial insect complex.

Extension specialist with North Carolina State University, Dominic Reisig said that cool springs can slow the crop down and make them susceptible to damage from thrips. If the season remains cool, the plants may not have the opportunity to outgrow that damage from thrips.

He says that there are a lot of challenges in combating thrips – in-furrow products to combat the pest are expensive, resistance to seed treatments is showing up and foliar applications may be difficult to apply due to weather.

"Lygus is interesting," he said. "I started in 2009 and I was told that it is just not a pest in North Carolina. We might've sprayed 5% of our acres. Since then we're up to, I would say 70% of our acres are treated on average. Two to three sprays are made per year on average across the state."

Reisig says that growers in his area are running into resistance in treatment for plant bugs, much like they have in the Midsouth.

"It's just becoming challenging for our growers to manage as well," he said.

Lorenz said that when growers reduce the number of applications, not only will they save money, but they will help conserve the number of beneficial insects in the field.

"Anything that's going to lessen the number of applications and the control tactics that we have to use, it's going to be very, very helpful," he said.

Whitney Crow, Extension entomologist at Mississippi State University, said the technology will serve as an additional tool for thrips and plant bug management.

"Alleviating a foliar application reliance on acephate for thrips management is obviously a positive," she said. "And then in regard to plant bug management, there's an economical benefit from reducing the number of sprays, as well as helping to decrease the reliance on products that we're already using.

"So, this definitely will serve as another tool in addition to the other practices for management of both of these pests."

"I think it's going to be a game changer," Reiser said.”

Peter Ellsworth, Integrated Pest Management specialist at the University of Arizona said because the technology is built into the plant there is a huge convenience factor.

"You have something in the plant that's working all the time," He said. "It gives you a little more time to respond. That convenience will mean something to our growers and that fits into our IPM plan."

Ellsworth said that what it means for his growers is less spraying. They'll probably still be spraying for plant bugs, but in his area of the Western cotton belt that means one less spray.

"That may not sound like a lot," said Ellsworth, "except you need to recognize that on average, our growers only spray two to three times for all pests."

Which according to Ellsworth, is a pretty big savings for his growers in the West. He also notes that yields seem to be higher given the number of plant bugs present.

"It's very likely that the ThryvOn is making those bugs sick," he said. "And even though they may be recoverable in a net and the counts don't change very much, the plant is actually protected from damage."

One of the discussions among the specialists in the online presentation was the affects that the technology would have on a number of in-field activities including monitoring pest thresholds, plant growth regulator applications and herbicide applications.

"Those of us that have been working with this technology had been looking forward to the time when we could get it into large acreage," Lorenz said. "That's the opportunity that we were given this past season, because what we see on small plots, doesn't always relate to what happens when you get it on a large-scale basis."

The researchers were able to look larger plots up to 10 acres and what they saw was that the technology stood up very well in that situation, according to Lorenz.

This season, pending label approval researchers are looking to take the technology to Deltapine's New Product Evaluators and see how the product works in full size fields.

Ben Thrash, Extension entomologist at the University of Arkansas put it simply, "What I saw this year with the ThryvOn technology is an excellent control of thrips and plant bugs. It helps a lot. It's going to help growers a lot."