Unusual late-season storm pelted portions of central Arizona Oct. 5.Most of the damage was reported south of Phoenix in Pinal County.Some shredded cotton estimated in the 75 percent to 100 percent range in the Eloy area. 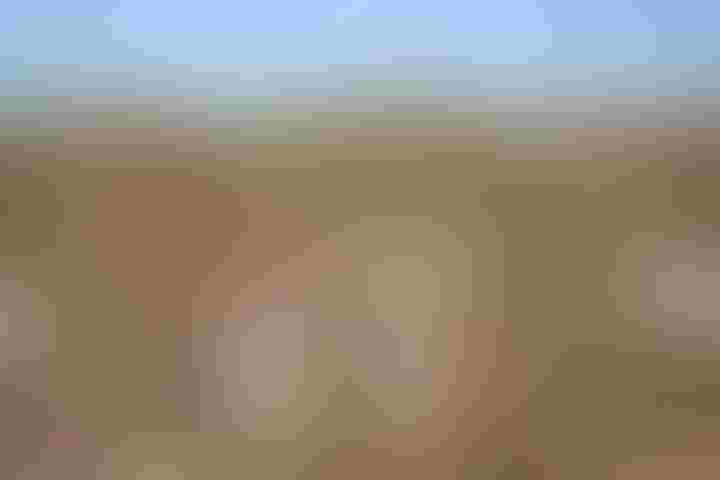 The freakish hit-and-miss mix of rain, hail and wind occurred after the annual monsoon season in Pinal, Pima, and Maricopa counties. The weather system hit some defoliated and non-defoliated field planted mostly in upland varieties. Most of the damage was reported south of Phoenix in Pinal County.

Hail fell from the Red Rock area in southeastern Pinal County to the Eloy area, to Coolidge, and then headed east into the Florence area, said Mark Hamilton, a crop insurance adjuster and Eloy-area cotton grower.

Hamilton reported some shredded cotton estimated in the 75 percent to 100 percent range in the Eloy area.

Rick Gibson, director, University of Arizona (UA) Cooperative Extension, Pinal County, said, “I think we’ll see some (cotton) quality issues but we won’t know until we get the picker in the field, the modules sampled, and get the lint ginned out.”

Gibson has examined fields with stringy lint. Another field appeared hit by a storm microburst. Cotton plants were tipped over and tangled. Most of Pinal County’s cotton crop had been defoliated.

“Cotton producers are cautiously optimistic and anxious to get into the fields,” Gibson said. “I’ve seen some mighty good cotton this year.”

Sections of the UA’s Maricopa Agricultural Center (MAC) research farm in Maricopa in Pinal County were damaged by three afternoon storms including up to 1.8 inches of rain, plus hail and wind. Most of the rain fell in 30 to 40 minutes.

MAC farm manager Greg Main says about half of the 188 acres of research-based cotton was damaged by the storm.

“The weather stripped leaves off the plant and lodged the cotton,” Main said. “It caused the cotton to string from the bolls, but there was no cotton on the ground.”

Also hit hard at the MAC was a four-acre fall melon trial.

“The melon project was beaten pretty much down to the ground,” Main said.

The storm hit some of Ellsworth’s late-planted cotton studies. Irrigation water had been turned off several weeks earlier.

“The plants had not dried down and there were still a lot of bolls yet to open,” Ellsworth said. “The leaf material on the plants helped protect the cotton underneath.”

Karl Button was ready to bale alfalfa at Button and Bohnee Farming Partnership in Sacaton in Pinal County when the storm approached. One to 1.5 inches of rain soaked the just cut hay.

Hail damage to some of Button’s cotton was in the 10 percent to 15 percent range. The fields were not defoliated when the storm hit.

Button said, “It has not been a good week. I’d rather start over on Sunday.”

To the south in Pima County located just north of Tucson, cotton grower Dan Pacheco of Pacheco Farm Management in Marana called his crop insurance adjuster to evaluate the damage on one farm. Pacheco estimated a 50 percent crop loss on a 300-acre field due to hail and 1 inch of rain.

“I’ve never seen hail this late in the season,” Pacheco said. “It knocked about half the crop on the ground. Typically we lose about 100 pounds of lint weight per acre when we get a half inch of rain. It’s not a total loss. Everything that was on the top half of the plant was pretty much blown off the plant.”

Pacheco had begun harvest a day earlier and had two modules in the field.

“Rain this time of the year typically hurts lint quantity and quality,” said Pacheco who has 1,200 acres of upland cotton. “When the cotton is spotted you’re looking at a 3 to 5 cent per pound price reduction on top of the yield loss. It’s pretty significant.”