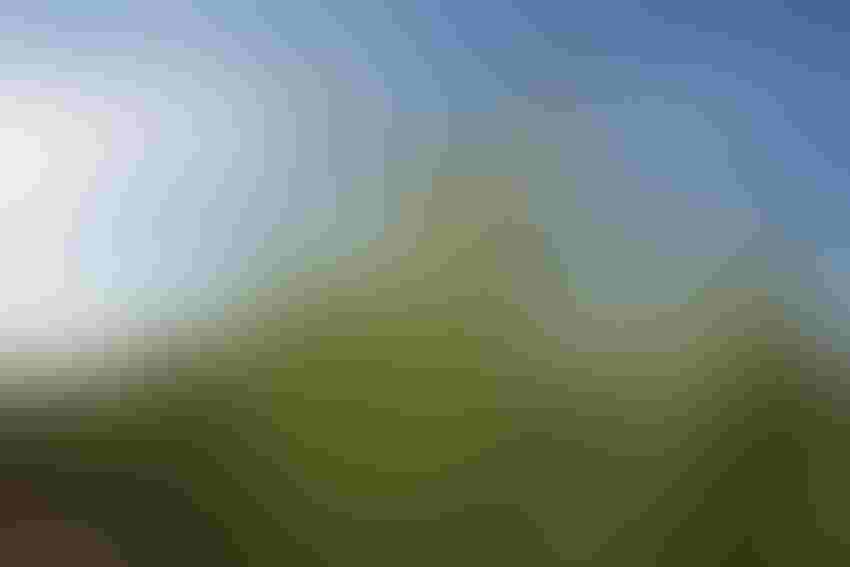 <p>One pigweed that survives the season is too many to let go. New herbicide technology that may be available for 2016 offers new management options but comes with a learning curve, say chemical company representatives.</p>

Despite uncertainty surrounding the availability of dicamba and 2,4-D products for over-the-top application on tolerant cotton varieties, Monsanto, Dow AgroSciences, and BASF are working on the assumption that the technology will be available for 2016.

The Environmental Protection Agency has yet to approve Monsanto’s Roundup Xtend and XtendiMax and BASF’s Engenia for the 2016 season, and it has pulled the label for Dow’s Enlist Duo. In spite of the questions, company representatives say cotton farmers and consultants need to prepare for these new weed control systems. Users will face learning curves, company reps say, as they adapt to technology designed to help control their most troublesome weed pests, including glyphosate-resistant pigweed.

Nozzle selection will be critical, they all agree. Other key factors include wind speed and direction at application, boom height, ground speed, location of sensitive crops and endangered species in relation to the field being sprayed, tank cleanout, application timing, and spray volume. And they agree that these new technologies should not become a stand-alone management system.

While Engenia herbicide is not yet registered for 2016, Adam Hixson expects it will be approved. “It’s a different solution” for troublesome weeds, he says. “Timely application will be critical. Apply Engenia to weeds that are 2 inches to 4 inches tall.”

Smaller weeds are easier to kill, he says. Those early season weed populations also compete with cotton seedlings for water, nutrients, and sunlight. “Stunting potential can be significant with heavy weed populations,” he says.

“Nozzle selection will be a key,” says Haley Nabors, Dow AgroSciences. Coarse nozzles will be the only option approved by manufacturer for all three products.  Large droplets, she says, reduce the potential for off-target drift.

Each of the three products includes technology to reduce drift by more than 90 percent. “Ultra-coarse nozzles significantly reduce drift potential,” says Luke Etheredge, Monsanto. “We also recommend a minimum of 10 gallons per acre spray volume. With dense weeds, 12 gallons to 15 gallons per acre might be better.”

Target weeds should be less than 4 inches tall, he says. “Also, do not use ammonium sulfate with this herbicide.” Wind speed at application should range from 3 mph to 10 mph. “At less than 3 mph, we can get temperature inversion,” Etheredge says. “Ground speed should be less than 15 mph to improve boom stability and reduce potential for air disturbance.”

Nabors says farmers must be aware of “sensitive areas downwind” of applications. Those include plants such as grapes, watermelons, and non-tolerant cotton. Buffers strips should be 30 feet wide. A system to identify those sensitive areas would be helpful, the reps agree. A “Flag the Technology,” system could help,” Etheredge says. Boom height should be 24 inches, they say.

Off-target application may also occur from improperly cleaned spray tanks. “Triple rinse,” Nabors says. Etheredge and Hixson agree, noting that cleaning products are also available to help get the residue out of the tanks. They also recommend that applicators pay attention to spray parts and hoses to make certain herbicide residue is removed.

All three companies are aware of the potential for drift and off-target application. But they say problems should not be significant if applicators pay attention to what they’re doing. “Follow the label,” they all say, “and you should not have trouble.”

They also agree that a complete weed control system should be in place, and that it should include a pre-emerge treatment and post-emergence, overlapping residual herbicide applications, followed by over-the-top treatments with the new multi-herbicide technology. “Timely weed management is important,” they say. “Cotton is not competitive early,” Hixson says. “It needs the best environment possible.”

Etheredge says Monsanto will offer a financial incentive program to encourage growers to use different modes of action for season-long weed control.

Engenia, a new dicamba herbicide developed for use in dicamba-tolerant crops, features low volatility. BASF has developed the “On-Target Application Academy” to assist field training in proper use and stewardship of the product.

As planting season nears in the southernmost range of the Cotton Belt, growers, consultants, and manufacturers continue to wait for approval of much-needed technology.  Company officials say they continue to prepare for 2016 registration and availability of these herbicide products.