ThryvOn will have a place in the Midsouth, but it will not be one size fits all. 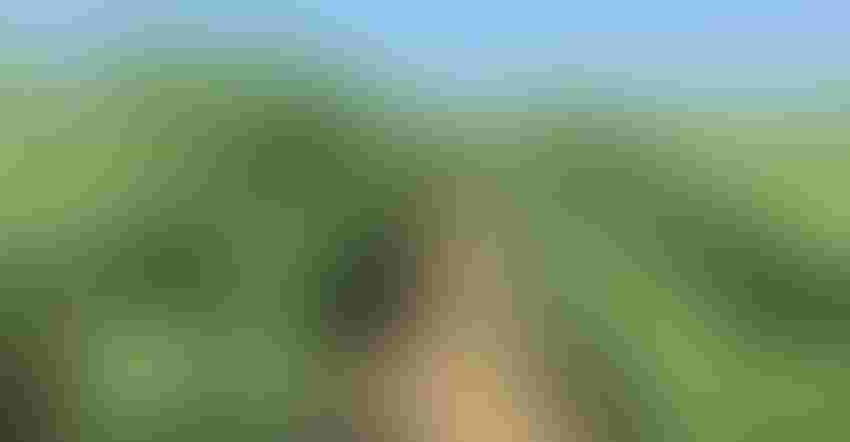 Researchers have long agreed that ThryvOn is a stand-alone product for thrips control, but the technology’s control of tarnished plant bugs has always been more nuanced. Brent Murphree

It appears the highly anticipated commercialization of ThryvOn cotton will happen in 2023. While the technology is still being stewarded, growers will most likely see it on more acres this season. So, what type of returns can cotton growers expect if they plan to use ThryvOn on a large scale? And is it worth the investment?

Any good Extension specialist will tell you that it all depends. In a year like 2022, with a cold wet spring and poor growing conditions to get seedling cotton out of the ground, ThryvOn would most likely earn its place on a farm. But in different growing conditions, with different levels of thrips infestation, the ROI may not be as significant as some would expect.

Same thing with plant bugs. Tarnished plant bug pressure was just moderate in 2022. Researchers believe ThryvOn will most likely provide the most bang for its buck in high pressure situations.

“ThryvOn is a good technology, and it is definitely going to have its place in Midsouth cotton fields, but I think we are going to have to manage our expectations, particularly where it comes to plant bug control,” said Ben Thrash, Extension IPM specialist with the University of Arkansas Division of Agriculture.

Researchers have long agreed that ThryvOn is a stand-alone product for thrips control, but the technology’s control of tarnished plant bugs has always been more nuanced. The trait prevents tarnished plant bug populations from building as quickly. That’s mainly due to repellency. The ThryvOn protein is not palatable to plant bugs, so they’re less likely to stick around, seek out a mate, lay eggs and establish a colonization. Those factors slow the buildup of populations in ThryvOn over time which equates to better square set, more fruit retention and potentially fewer insecticide sprays.

Thrash evaluated ThryvOn cotton for plant bug control in 2022. In his research, Thrash found a 30% reduction in plant bug nymphs in ThryvOn compared to non-ThryvOn. And the plant bugs that were there appeared to do less damage. Squares lost per plant bug averaged 0.46/bug in non-ThryvOn and 0.25/bug in Thryvon.

“We can’t exactly explain why we’re seeing improved control in these insecticides sprayed in ThryvOn, but one possible theory is that plant bugs do not settle down as well in ThryvOn,” Thrash said. “Instead of settling down and feeding, they are moving around and increasing their exposure to insecticides.”

As of press time, Bayer has not officially released the cost for ThryvOn technology, although university researchers are estimating costs to run between $36 - $40 per acre in the Midsouth. Prices could be different in other regions.

Depending on insecticide product used, growers may not see significant savings in plant bug chemistry costs when only two sprays are saved. But with diesel costs rising, savings associated with reducing trips across the field may add money back to the bottom line. And of course, Thrash’s research did not account for savings associated with thrips management.

Should I plant it?

Thrash’s advice was to pick varieties based on yield first and technology second.

“Find the varieties that yield best for your growing conditions before looking at the technology package,” he said.

If a grower had limited acres to plant to ThryvOn, Thrash suggests planting it as far from the shop as possible.

“Put it on the back 40, or in an area that’s hard to get to, maybe a field surrounded by trees where it’s hard for a plane to make an application,” he said. “With this technology, you won’t get dinged as badly for not being timely. That’s a benefit that’s not as easy to measure but will bring value to many farmers, especially in a year for high insect pressure.”