Johnny Sanders, a Georgia farmer, is using what is called an early production system soybean with an indeterminate variety similar to what Delta soybean farmers have used recently to reach record yields. 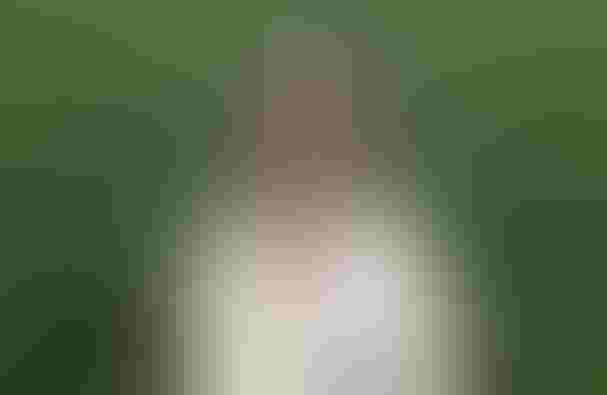 Sanders, 56, has farmed long enough to know nothing is for sure. His father, Billy, 82, certainly has farmed long enough to know every plan doesn’t come together. But at Sanders Farm in Dooly County, Ga., they try and make things happen. This year, the younger Sanders wants to make earlier-planted, more-intensely managed soybeans payoff with high yield. As of Aug. 11, things in the soybean fields looked like they might come together.

Sanders read and heard about Delta soybean farmers’ success reaching higher average yields in recent years. And, last year he heard about the work of John Woodruff, retired University of Georgia soybean agronomist, and Eddie McGriff, agronomist with Southern States, and their efforts to champion higher yields in the Southeast, particularly in Georgia, through what is called an early production system soybean, or EPSS.

The Woodruff-McGriff team showcased the approach at a field day last year in Brooks County, Ga., on Randy Dowdy’s farm, where more than 100-bushel averages were hit with two indeterminate varieties, one from Southern States and one from Pioneer.

“Our objective is to make as many beans as we can per acre, and this was just a new way of approaching beans from the production end. In the Delta area, they have been doing really good with this approach (reaching average yields between 80 bushels and more than 100 bushels per acre), and we wanted to see if it could be adapted here on our farm,” said Sanders, who farms in south-central Georgia.

Sanders will have 2,800 acres of cotton, 900 acres of peanuts and 600 acres of soybeans this year. Half of the soybean acreage was planted using the EPSS model. “I had faith in what Dr. John Woodruff was saying, and Eddie, and their experience in recent years using this approach. We’re pulling off their experience and decided to give it a try. It looks like a good idea for us,” Sanders said. “We’re going to plant soybeans anyway and this approach, I think, can work and give us some different options on how we want to manage soybeans.”

Sanders Farm is 100-percent strip tilled. He prefers to seed a rye cover crop and rolls the rye down to plant into it. Six years ago, he engineered and built his own 12-row, cover-crop roller, showing again that the Sanders like to make things happen. The roller drew attention by some people interested in its broader commercial appeal.

Years ago, Sanders noticed the rye cover crop root system when fully grown is too dense and can make planting difficult. To help with planting in April and May into what can end up being 7- or 8-foot rye, Sanders goes into the cover crop fields in February and kills a 14-inch strip, spaced out as needed to plant seed into.

“The root system at that time is still enough to get the erosion control and will remain that way, but we can come back in and more easily plant into the rye when we have that 14-inch strip we created earlier in the year,” Johnny said, adding rye seed costs have gone up considerably in recent years in his area, but it remains his go-to cover for now.

So, what has Sanders done to the soybeans up to mid-August? Let’s use as an example Sanders’ 157-acre field showcased during a July 30 field day organized by Southern States. The event drew about 80 participants. Here’s the general timeline for the field:

The beans were treated well

The field was planted to the SS 4917 variety, considered a 4.9 maturity group, between April 27 and May 1. He wanted to get the seed in the ground two weeks earlier, but a wet spring prevented it. At planting, he put out Valor at a 3-ounce rate and Monty Liquid Carbon at 2-quart rate. The soybeans are planted twin row on a 38-inch center pattern, shooting for a population stand of around 140,000 plants per acre. The seed was treated with Ponch Votivo and Excalibre.

On May 18, Roundup PowerMax was applied at a 22-ounce rate, Reflex at a 1.5-pint rate and Dual Magnum at a 1-pint rate. It got watered in with .7-inch irrigation. Irrigation is key to timely weed control and to the whole EPSS system. As of mid-August, the field had received eight irrigations for a total almost 9 inches of irrigated water. The field had received as of mid-August about 13 inches of rain.

June 17, he applied 2.25 quarts per acre of Gramoxone under a hooded sprayer. That was followed a few days later with diflubenzuron (Dimilin) at a 3-ounce rate, Boron at a 24-ounce rate and Headline at a 10-ounce rate.

Sanders has never put as much into a soybean crop, but if the yield potential stays at or near 85 bushels to 90 bushels, “I think it will pay off. We’ll see. We are already anticipating using the system in some way next year if we can see it worked this year,” he said.

Sanders likes the EPSS planting approach, particularly because he likes to get his soybean, peanut and cotton planted in the same window, and all in the ground typically no later than second or third week in May. “That way, we can then turn our complete focus and efforts a little better to weed and disease management and irrigation,” he said.

He foresees a problem possibly at harvest, which looks to be about the third week in September for the EPSS soybeans. He’ll desiccate the soybeans, he said, but they are beans that will not wait long for harvest before losing potential and grade. Peanuts will be about ready to harvest at the same time. He has the equipment to get it all done, he said. “We just might not have the manpower.”

As afternoon drew on, the dark clouds Sanders saw earlier in the day came together and turned into a heavy downpour across the farm. He stood in his shop and watched that day’s potential turn into a reality.