Wrangler uses cotton grown by Vance and Mandie Smith to create a line of Texas jeans. 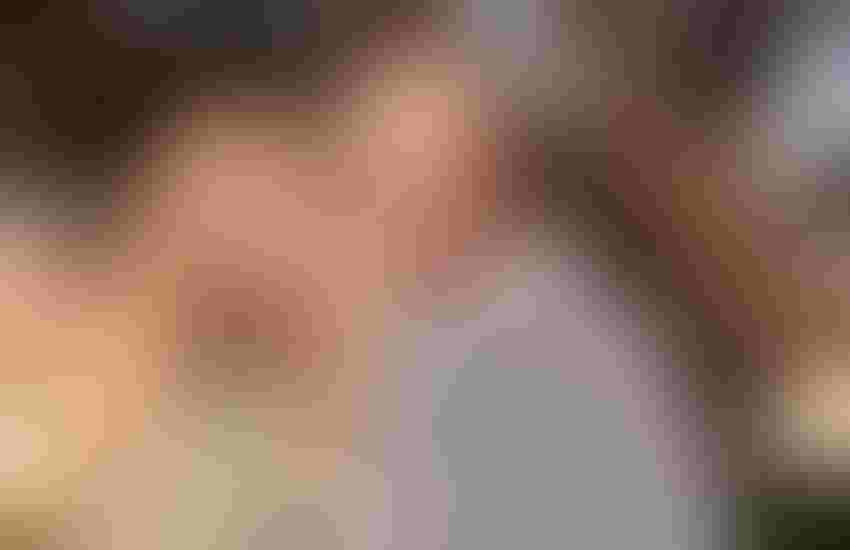 Growing cotton for Mandie Smith is personal. It’s not “just” a product or a commodity but rather something she takes to heart.

The daughter of a sunflower farmer from south of Johannesburg, South Africa, Smith, at the age of 20, was given a one-way ticket to the United States to find work. While she would land a job as a breeder for a dairy in Muleshoe, Texas, it was a marriage proposal by Vance Smith six years later that would formally introduce her to Texas cotton. And thus, began her love affair for the natural fiber.

But it’s a partnership with Wrangler that has allowed this farm wife to wear her heart on her sleeve,  literally.

In April, Wrangler released its Rooted Collection, a line of jeans and t-shirts made from cotton grown on the Smith’s farm near Big Spring, Texas. Five farm families from across the Cotton Belt who Wrangler has identified as sustainable farmers are participating in the project. The collection features five state-specific pairs of jeans: the Alabama Jean, the Georgia Jean, the North Carolina Jean, the Tennessee Jean, and the Smith’s Texas Jean.

Each state’s design includes a unique wash, along with trim and patch details featuring the state’s silhouette and the cotton grower’s name on the inside pocket. The cotton used to produce the t-shirts for the premium collection comes only from the Smith’s farm. 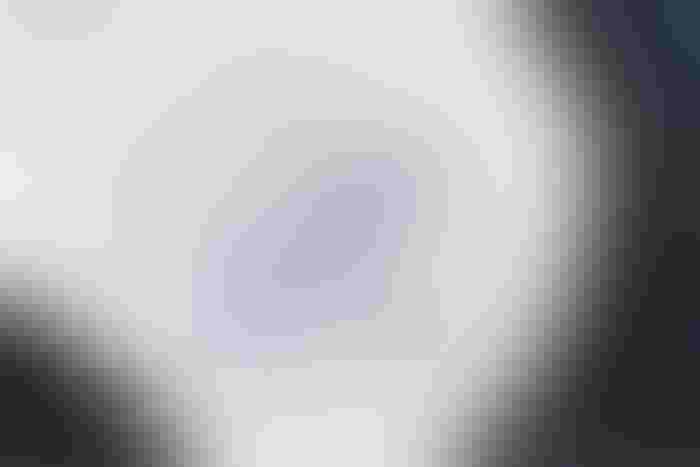 “It’s exciting,” says Vance sitting at the kitchen table next to his wife. “Most every other company makes their product and they put it out there and it’s got their name all over it − they can see where it's sold and where it goes. For farmers, once we take it and it's gone through the elevator or the gin, it's just blended in, it's a commodity and it's gone. And there's nothing to differentiate or set you apart from anybody else.”

The collection is made from 100 percent, sustainable U.S. cotton, which is also milled, cut and sewn in the States as well, something of which Mandie feels especially proud.

“It took me eight years to become a U.S. citizen,” says Mandie in her beautiful South African accent. “I worked hard to become a citizen of United States. So, I'm so proud to see our products as being made in the U.S.A.”

When asked why sustainability is important, Vance immediately referred to his rich farming heritage. “I’m a fifth-generation farmer. My family’s farm goes back to before the Civil War. They came to Texas in the 1880s − I still farm the original Home Place,” he says. “Keeping the ground in the family, keeping it producing and profitable for this long and then for future generations is the main thing.”

As for Vance’s legacy, he says he’s not interested in a “slash and burn agriculture,” as is common in other parts of the world. “They use up their resources and then it's gone and move on to another spot. We have to make do with what we have and do the best we can with it.

“The world’s population is growing larger every day and there's fewer farmers, so we’ve got to be more productive and be better at it, use less resources. Some resources, we don't know if they are limited and some we do know.”

From a woman’s perspective, sustainability looks a bit different, says Mandie who describes Vance as more of the business-mind of their operation while she is more on the emotional, observer side. “We as wives are family oriented. I think about what's around my surroundings, what do we need to be healthy and to save money. I think about quality. If I go to buy jeans, I want quality.”

But growing a quality product is only half of the Smith’s sustainability story. Telling others about it is the other half.  “That dollar bill right there is cotton. If you wash it, it doesn't fall apart like paper. The jeans we wear, people have no idea they’re made out of cotton. So, it's good to share, ‘This is our product.’ You care about it, it's like our babies, it's not just something, it is personal. And if you take care of them, they will take care of you. So, that's sustainability from my point of view.”

The Smiths were introduced to Wrangler in 2013 through the e3 Sustainable Cotton Program with Bayer, now BASF. The program allows buyers, through a certification database, to identify where the cotton they purchase is grown. Through the program, Vance and other growers met with Wrangler, Levi, Ralph Lauren, and other brands in New York. “We laid out a long-term plan and strategy and discussed: how we how we could make this traceable back to the individual grower, to the individual farm by the bale; if there would be a premium associated with it; and if this is something the consumer wants to know.”

Over the last six years, Vance says consumer interest about how and where the cotton used in products consumers purchase has grown, but Wrangler is the first company to really commit to its sustainable goals and say, ‘We’re going to do it.’”

But partnering with Wrangler isn’t only beneficial to the American consumer. Mandie says it’s been encouraging to see farmers receive recognition for producing a good product. “When you get recognized, you want to do better. It’s not just a product on the market, it’s personal. Farmers and agriculture don't get enough recognition for the products they grow.”

And while the attention the Smiths have received from the Rooted Collection has been humbling and exciting, and at times overwhelming, Mandie says, “We are just normal people, minding our own business and working hard.”

The Wrangler Rooted Collection is available for purchase at www.wrangler.com/collections/wrangler-rooted.html