History tells us that prices this high this early in the season grind lower over time.&quot;During the 44 years the A Index has been keeping records, cotton has been at $1 or higher for a very limited number of days.The U.S. cotton supply is forecast at 21.8 million bales, 3 million above 2009, but still the second lowest since 2001. 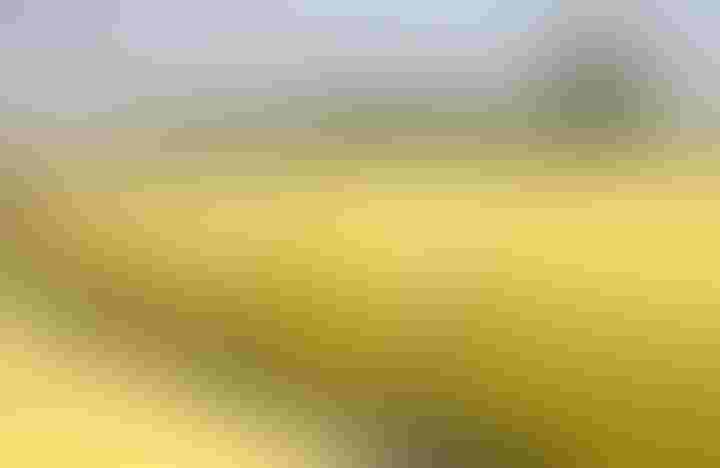 One-dollar cotton is not sustainable for any length of time, and prices likely will fall to the low 80s, possibly mid-70s, by summer, and even lower by next fall, says Sharon C. Johnson, senior cotton analyst with First Capitol Ag.

“History tells us that prices this high this early in the season grind lower over time,” said Johnson, speaking at the 2010 Southern Regional Outlook Conference held in Atlanta last month.

While she believes USDA estimates are low on the 2010 U.S. crop and world supply, Johnson still predicts “incredibly low” ending stocks. Globally, cotton acreage is limited, and in countries like India, the government is concerned more with growing enough food for its people. But the ending stocks situation still won’t be tight enough for more dollar cotton, she says.

During the 44 years the A Index has been keeping records, cotton has been at $1 or higher for a very limited number of days, she says. For this reason, Johnson said in late September she would sell 30 to 40 percent of December 2011 cotton now, with prices in the mid-80s.

“This may seem aggressive, but every time we’ve seen cotton go this high, prices have dropped. It’s going to take a little longer this time,” she says.

Looking at the macro-economic environment in which the current cotton price rally has occurred, Johnson says that while there has been sub-par growth in developed countries, developing countries have seen strong GDP growth. “Even after the U.S. declared the end of the worst recession since the Great Depression, unemployment has increased and there’s concern about the dollar. A stronger Chinese Yuan will hurt textile exports but make cotton imports cheaper. The same for a weaker U.S. dollar — cotton exports are cheaper, but textile imports are more expensive,” she says.

The United States has “muted” economic growth, she says, with stubbornly high unemployment and lower housing values, both of which will take years to repair.

“This is not just a temporary change in our spending habits. We’re looking at a generational change that may last far beyond what you would normally expect coming out of a recession. It’s not just the Baby Boomers — it goes across all generations.”

Turning to the 2010 U.S. cotton crop, Johnson says producers are enjoying a revival with a crop estimated at 18.8 million bales, or 54 percent more than in 2009. This is due in a large part to a record contribution by Texas of 47 percent of the total crop. Assuming normal harvest weather, Texas should make a record crop of 8.8 million bales.

“Despite a lot of heat in the U.S., new cotton varieties considered to be more tolerant to drought have proven to be as much. Yields and overall quality are holding,” she says.

“A higher planted area in India and an exploding interest in the Southern Hemisphere will push this global figure to a minimum of 33.5 million hectares due to the current price of cotton,” says Johnson, who forecasts a 2010/11 world cotton crop of 119.2 million bales, the fourth largest on record. She estimates the world cotton supply at 166.2 million bales, the sixth largest on record but the second smallest since 2004.

It is truly extraordinary what prices have done, she says. “The only other example we have to look at in terms of these actual prices was in 1995, March, April, May and June. It’s because of weather and demand, and I believe specs are playing a hand in part of this rally.”

Cotton is certainly more expensive than polyester, says Johnson, but consumer preference has played a large role in the continued strong demand for cotton.

U.S. mills, she says, account for only 3 percent of world consumption, so the vast majority of U.S. retail cotton textile consumption is imports. “We export more than 80 percent of our crop, so if it’s made overseas, it doesn’t necessarily mean it isn’t made from U.S. cotton. U.S. mill demand is a sad picture, with a lot of job losses in the Southeast due to mill closings. But it does look at though it has stabilized for this coming crop year.

USDA has pegged global consumption of cotton as the third largest number on record despite the U.S. economy, says Johnson.

“The 2010/11 U.S. export market share is projected at 41 percent, the same as 2003 and 2004. The 2008 market share was a record due to reduced exports by India, but fell in 2009 as India returned to the export market. Put another way, our exports will rise or fall depending on the level and timing of India’s exports.”

China in a pickle

China, meanwhile, is in a “pickle,” says Johnson. “They keep making less cotton, so they have to turn to the world market. At the same time, they need to keep growing food crops to feed the people. Over the past 10 years or so, China has been a net importer of some degree. They make more cotton and consume more cotton than any other country.”

China’s demand for cotton and India’s ability to export will dictate how much the U.S. exports, she says.

The current rally in the U.S. cotton market has certainly created interest as far as plantings for 2011, says Johnson. Even with competition from soybeans and corn, she predicts a minimum of 11.6 million acres next year, or about 550,000 acres above 2010. She sees increases in all regions of the Cotton Belt, including a jump of about 200,000 acres in the Southeast.

Rapidly rising cotton prices eventually will weigh on consumption in advanced countries and ultimately in advancing countries, she says, and there will be a reduced cotton share in all fiber consumption because synthetics are cheaper.

“The planted area in the Southern Hemisphere countries will increase immediately and to a lesser degree in the Northern Hemisphere next spring, but food security concerns will reduce the impact of $1 cotton,” says Johnson. “The price of cotton is likely to swing back in the other direction more rapidly — to the downside — given the size of this rally.”

Another impact of rapidly rising cotton prices is that mills will change their “just in time” approach to inventory levels, she adds.

Significant harvest progress will move cotton into the pipeline and calm mills’ worries and buying appetite, she says. “India’s larger crop and how quickly they move towards export registrations/shipments also will soothe mills’ nerves and allow additional coverage, but at lower prices in the next two quarters. The combination of these two events will help pull prices back into the low 90s/mid-80s.”

Heavy forward coverage by mills could lead to less buying in the fourth quarter and a larger Southern Hemisphere crop will help bridge needs until next fall, says Johnson. “Assuming the gap between the world crop and consumption narrows, prices should move into the low 80s/mid-70s by summer and probably lower by next fall if global production exceeds usage.”