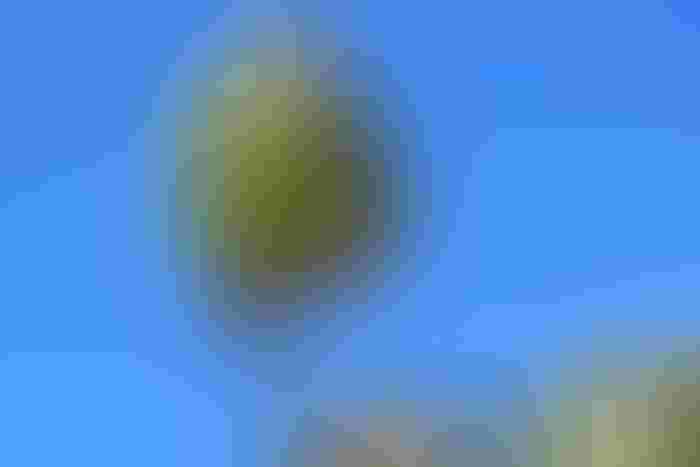 The size of the U.S. corn, cotton and soybean crops declined from last month, while peanut and rice crops got bigger, according to USDA’s Sept. 12 Crop Production report. Meanwhile drought continues to hurt yield potential for Midwest soybeans, while corn yields have fallen to the lowest level in 17 years. USDA also raised its estimate of world cotton ending stocks by 2 million bales and projected record soybean yields for Mississippi and Arkansas.

According to USDA, estimated cotton yields declined from last month in four U.S. states, Arkansas, Texas, Oklahoma and Kansas. Estimated yield was higher than last month in 10 states including Florida, which reported an increase of 194 pounds, from 857 pounds to 1,051 pounds.

According to USDA’s Sept. 12 World Agricultural Supply and Demand Estimates, domestic cotton mill use is unchanged from last month, but exports are slightly lower due to lower U.S. production and a reduction in total world imports. Ending stocks are estimated at 5.3 million bales, equivalent to 35 percent of total use.

Based on conditions as of Sept. 1, yields are expected to average 122.8 bushels per acre, down 0.6 bushel from the August forecast and 24.4 bushels below the 2011 average. If realized, this will be the lowest average yield since 1995.

Compared with last month, yield forecasts are lower or unchanged across the Great Plains and most of the Corn Belt as lingering drought conditions continued to hamper yield expectations.

Soybean ending stocks are projected at 130 million bushels, down 15 million from last month.

Planted area is estimated at a record high in South Carolina. If realized, harvested area will be a record high in South Carolina, Florida, and Mississippi. Record high yields are expected in Georgia, Florida, North Carolina, Oklahoma, and Texas. The largest yield increases from last year are expected in Oklahoma and Texas, where drought conditions last year significantly reduced crop potential. Harvest was underway by the end of August in Florida, Georgia, and Mississippi.